Choosing a Baby Name After Starting with 71 Possibilities

I was only 10 years old and already playing the name game. In a diary I've kept since I was a little girl I found 4 pages filled with 71 possible names for my future children. Looking back, maybe I was on to something. At the bottom of the first page was the name Adora which is what I decided to name my first child. Three of the four pages were just girl names. Maybe I knew I would need more ideas in this category. We recently announced that we're expecting our third child this fall... another daughter. 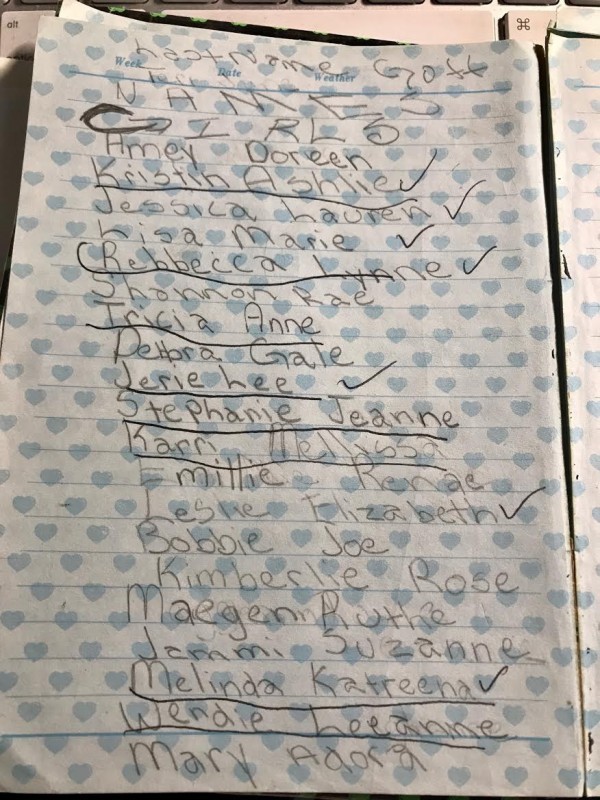 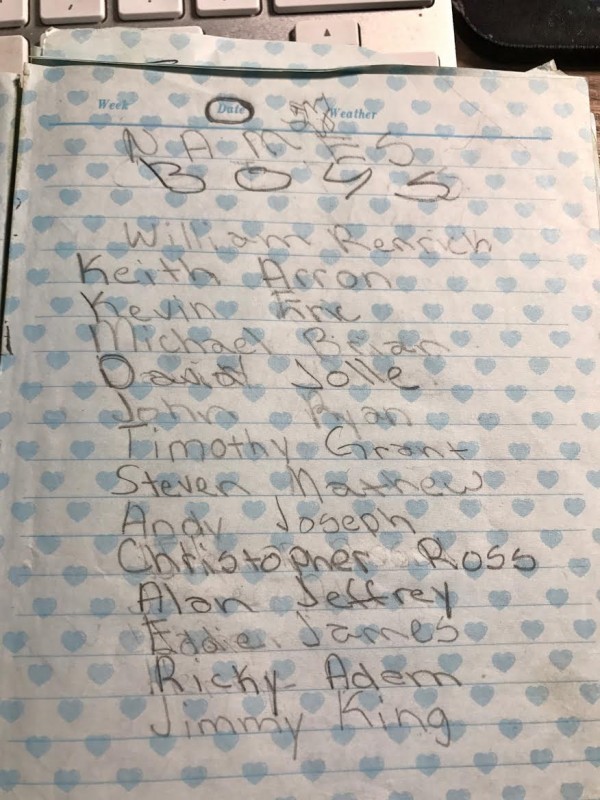 To be honest I forgot about this decades-old entry until this subject of baby names came up. What I do remember is growing up during a time when there were no iPads or smartphones and watching a movie meant curling up in front of a beta machine. I spent my hours in a world of imagination playing house, building barbie families and taking care of my first life-like baby doll. One of the most exciting parts of it all was giving my characters or 'my children' names. I remember spending a lot of time before naming that life-like baby doll. I decided on Jessica- after hearing so much about a miracle baby on the news. All I knew is that the little girl had fallen in a tiny well and was rescued. I remember my parents being so thankful she was alive. 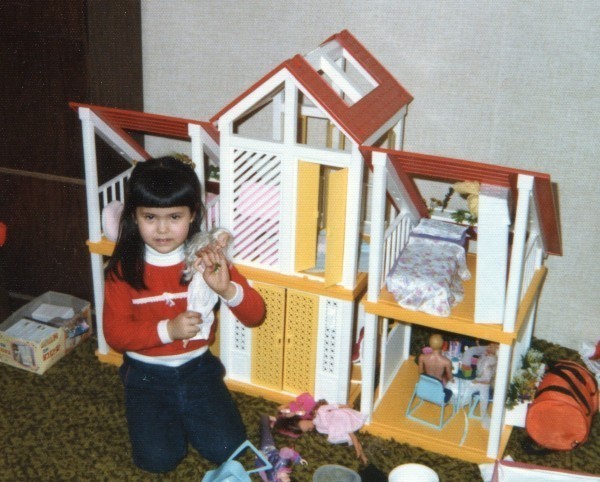 The most amazing Barbie Dream House

As a 4th grader let's be honest.. I had NO idea what goes into choosing a name for a real child. At that age though.. I knew names had meaning. Many of the ones scribbled down in my diary brought back memories of kids I use to play with. Jerie Lee was my BFF.. Bobbie Joe was the next door neighbor with the cutest bowl cut. There were odd pairings too- Belinda Aracely.. Jammi Suzanne huh? It was comforting to find many of the names reflected people I loved. My sister, my cousin, my dad and my grandmother-- who Adora is named after. There was no Robert Haber on that original boy list but my son does carry on a big legacy on his father's side as Bob IV. BTW the name Bob has really turned out to be BIG in Pre-K.. check it out!

I see a lot when I say my kids' names. With Adora, I remember my loving grandmother who passed a few months before my first child was born. From her hospital bed she was too weak to really speak.. but strong enough to touch my stomach to let me know she knew. When she gets older I'll tell Adora about the night at dinner I told her great-grandfather I was naming her after the love of his life he just lost. I'll describe how his tender eyes welled up for what seemed like an eternity followed by him saying she could not be named after a finer woman. I truly believe Adora inherited her chocolate addiction from her chocoholic namesake. I have fond memories of my Nana smuggling bags of the sweet stuff to us without our parents knowing :) 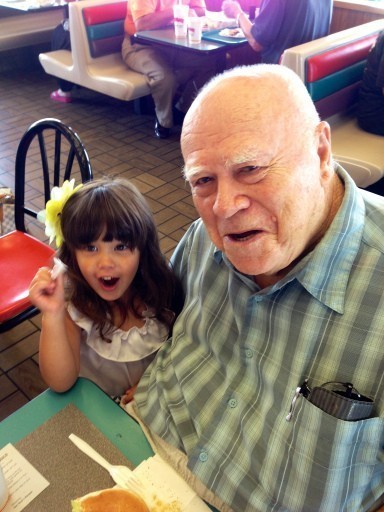 With Adora, the great granddaughter named after his sweet love 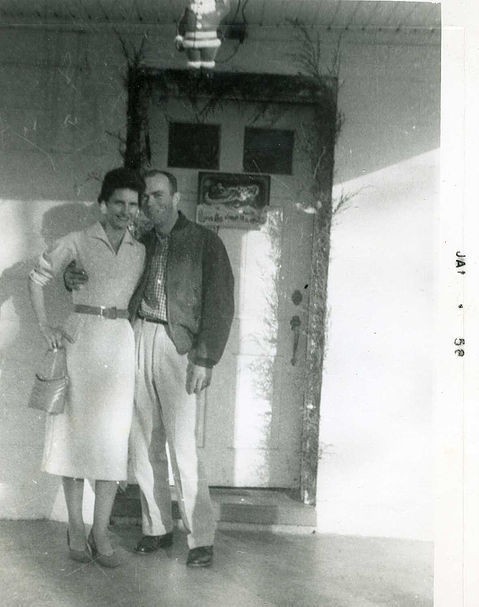 When I call out Bob I see a fearless little guy with a lot of fight in his blood. His great grandfather Robert Haber Ellis (the original Bob) would surely be proud. After all, as WWI fighter pilot he was shot down and survived 8 months as a prisoner of war in Germany. When he returned to America he took to the air again flying as an air mail pilot. 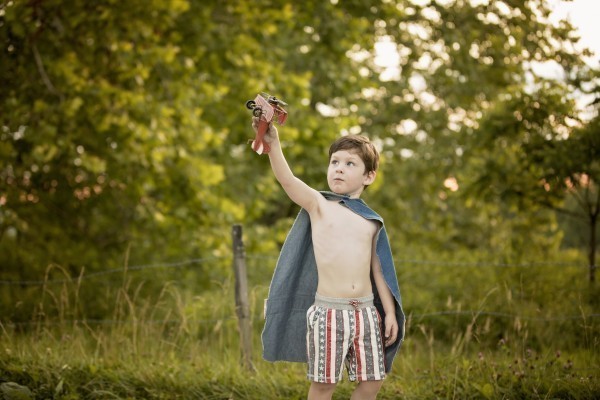 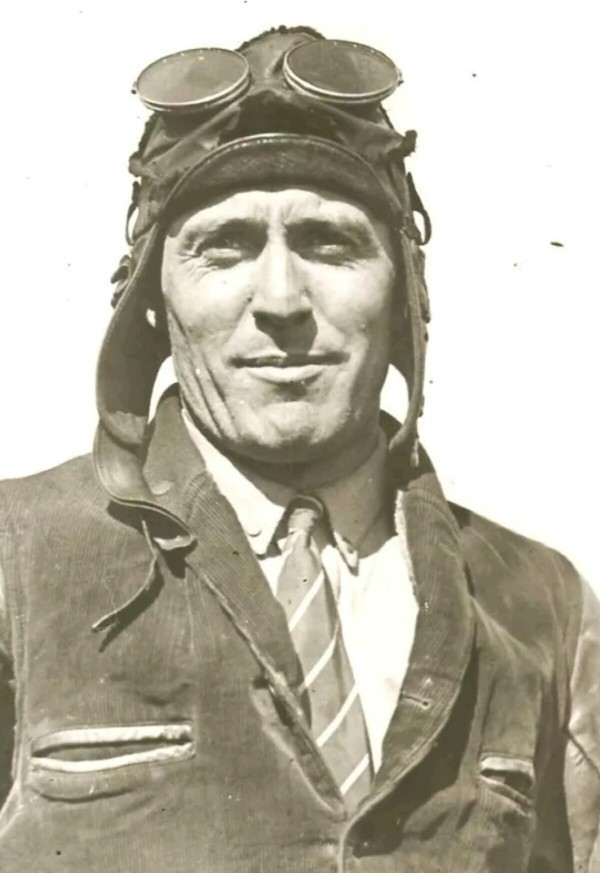 When he's older I'll remind little Bob how I use to beg him to be quiet and stop moving for just 1 minute during the day. He is non-stop! His energizer spirit will likely serve him well later in life. His 'seize the day' attitude has to come from his grandpa Bob Jr aka Beba who in his 70's is still the first one at the office and the last one out. 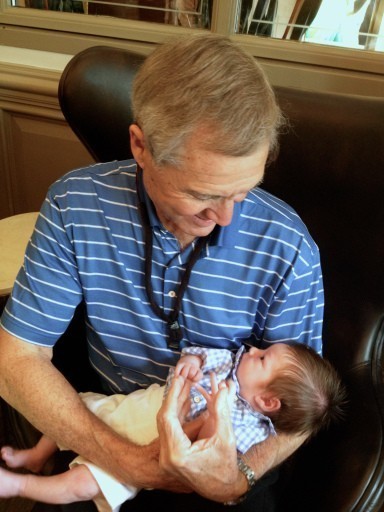 As for naming #3 come November I admit I still fantasize about giving her names I've always loved: Dolly, Harriet, Pamela, Remi.. Faye. But when it comes down to it I know my husband and I will choose like we've chosen before. A name with a good story, a true story and one that our child will forever be connected with. 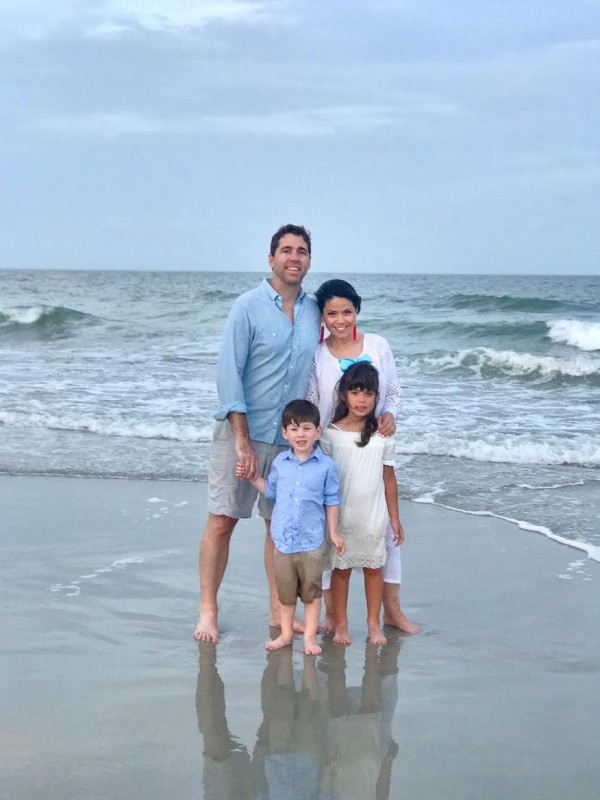 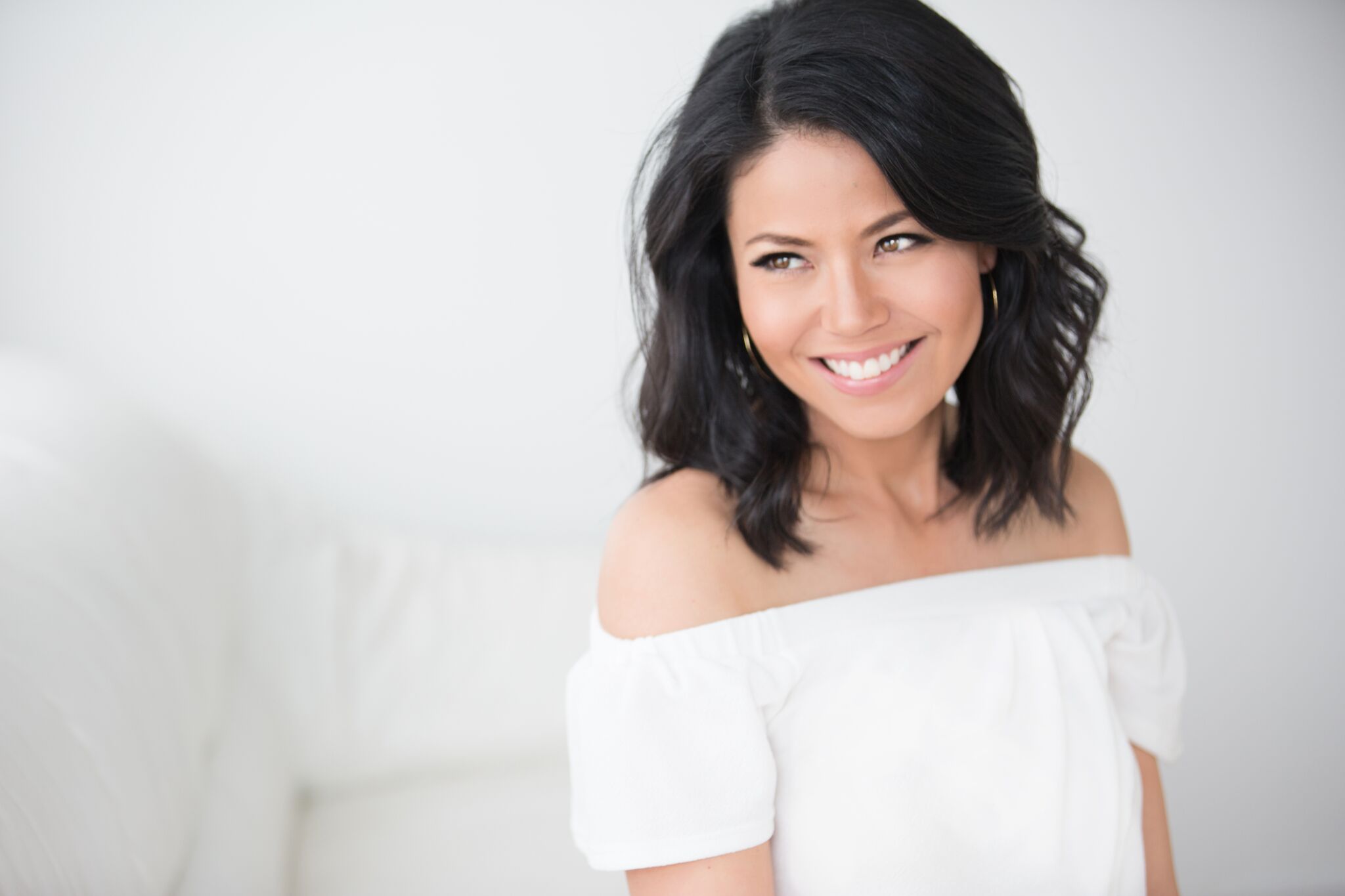 Baby Naming Rules and Permission to Break Them
On Choosing a Classic Baby Name
To Name or not to name? A debacle or triumphant claim?
advertisement

Baby Naming Rules and Permission to Break Them
On Choosing a Classic Baby Name
To Name or not to name? A debacle or triumphant claim?