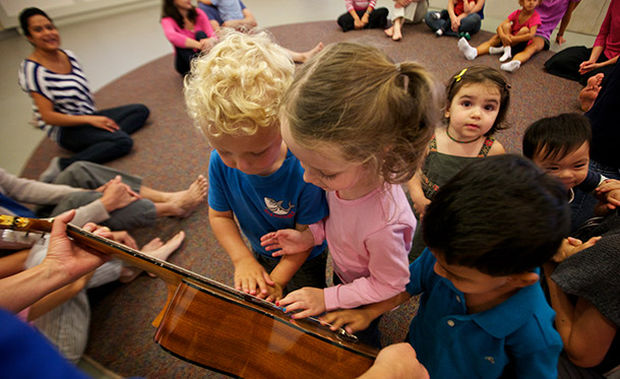 The headline may seem a bit silly to some people, but if you are a parent or you’re to become one, you will appreciate this article. People usually think that kids listen to the songs with silly lyrics and cheerful melodies. Truth to be told, many songs composed for the youngest can be described with those words. Kids do love this kind of music but if you, as an adult, listen to it too often, it can get pretty annoying.

Some parents think that is the only kind of music that is adequate for their children so they force themselves to listen to it. However, if you’re torturing yourself, you won’t be very happy so you won’t be able to really have fun with your child and we all know how important the family time is, not only for the kids but also for the rest of the family and the relations the members will have in the future.

If you think that you have to choose whether you or your child will be bored or unsatisfied, you are wrong. Nobody has to be bored because there is music that will satisfy both sides. In this article, we are going to recommend you some artists and albums that you may actually like. Some of them aren’t very famous but they have devoted their careers to making music that both kids and parents will love. Also, there are some well-known celebrities that have recorded at least one album for kids. You may have heard some of the songs before but we bet you have never thought of those songs as songs for kids.

The Importance of Music in Children’s Lives

The impact music has on our lives, our mood and our ability to complete everyday tasks is well-known and nobody can deny it. Music is everywhere around us - on TV, radio, in a car, café or any store we enter. We wake up and go to bed listening to music. It makes us smile, laugh or cry, it can give us some extra strength to get to the end of the exhausting workout or it can make completing everyday tasks more fun than usual.

The same impact the music has on us, it has on our kids too. It can even be more important for them than for us. It makes their days more interesting, it helps them learn and it definitely makes family time more fulfilling for both children and parents.

The last one can be achieved only if the music played during the time you spend with your kids is pleasant for both parties. That’s not so easy to accomplish but it is far from impossible. You don’t have to let your kids listen to songs for adults that contain curses and many other words you really don’t want your child to learn so early. You also don’t have to listen to typical kids’ songs that you find rather boring all the time.

The songs we are about to present to you are relaxing and cheerful. Some of them are a bit silly, but sometimes we all are. They speak about the important things and moments from our lives choosing the words any child can understand. You will see - if you give it a try, you will end up playing this music even when you are alone. Let’s see what we have prepared for you.

The Music You and Your Child Can Enjoy Together

While searching for the best music you and your kids can enjoy together, we ran into many different options. There are some artists who write their own songs, others sing some old traditional songs in their own, more modern way, while some of them have amazing careers and you would never guess their music can be played to kids on a regular basis. Some of the albums we are about to present to you are available on vinyl so you can play them the old-fashioned way if you prefer.

We bet many of you have never thought about playing Bob Marley to your child. Yet he has two albums we can recommend: B Is for Bob with many great songs with lyrics (we would single out one of the most positive songs on the album Three Little Birds) that sounds pleasant and cheerful and the album Babies Go with very pleasant instrumentals. With Bob Marley you can never go wrong, you can just stand up and dance. After all, you will be able to play it for yourself in your office or car.

The soundtrack perfect for any child is actually the track made for the animated film with the same name – Yellow Submarine. On the album, you will also find some other great songs you can dance along such as All You Need Is Love, Hey Bulldog and All Together Now.

If you aren’t familiar with the fact that Johnny Cash has one album for kids, this may sound a bit strange. It is called The Johnny Cash Children’s Album and one of the most famous songs from it (Nasty Dan) was performed by the musician during his appearance in the show Sesame Street. You wouldn’t expect it from Johnny, but he really did some great job singing about a dinosaur, or about math.

Jack Johnson is one of the artists who made the entire album for the cartoon called Curious George. The album is called Sing-A-Longs and Lullabies for the film Curious George and one of the most famous songs is Upside Down.

This man made the album inspired by his own life and his own two children. The album is called NEEDTOBREATHE and some of the best songs are You’re My very Best Friend, Sing A Song for Me and A Bear in The Woods.

If you want your child to be in touch with different cultures, you can play the songs from Ella’s famous album I’ll Sing A Song and You’ll Sing A Song. It is made from a traditional song from different nations. The sound is pleasant, calm and relaxing, her voice is warm and the ukulele really spices it all up. Some of the best songs from the album are Shabot Shalom, Cadima, Dulce Dulce, etc.

Her album Two Flowers and one of the most popular songs from the album So Many Ways according to AudioReputation will definitely charm both you and your child. Danielle’s music is calming and pleasant, so it is perfect for the relaxing time you want to spend with your kid.

If you’re in the mood for some more traditional folk songs, we recommend Laura’s album Laura Sings Folk Songs for Kids. Don’t think you will find here something like Old MacDonald because you won’t. Laura’s goal was to sing the songs that were written long time ago, even during the Civil War. Here are some of the songs from this album: All the Pretty Horses, The Fox, Little Lap God Lullaby etc.

This album is one of the best Disney’s releases. It gathers many well-known songs like Old MacDonald, Oh, Susanna, Twinkle, Twinkle, Little Star, sang in an interesting way by Larry Groce and the Disneyland Children’s Sing-Along Chorus. In case you are not sure what CD to buy, you should know you can’t go wrong with this one.

The album Catch the Moon is one of the greatest products of the cooperation between these two artists. The sound is pleasant, relaxing and calm and we are sure that the song called Stay will amaze you just like it amazed us.

The album was great success among both children and adults just like the show was. That’s why we are sure you will enjoy all of the songs on the album. Some of the best songs on this album are I Love Trash, Sesame Street Theme, Rubber Duckie, Elmo’s Song, etc.

So, these are some of the albums that really amazed us. Of course, this is not all. There are so many songs you can find online, especially on YouTube. In case you love the themes from kids’ movies or cartoons, you can always play Mary Poppins Original Soundtrack album or Happy by Pharrell Williams depending on your taste. Luckily, modern animated films have more serious songs than before, so we can all enjoy them.

In case you want to try with some regular music for adults, you can play the song you love to listen to your kids. You just have to be careful about the lyrics and the video contents you expose your kids to. We are sure you can find many songs that are adequate for children. 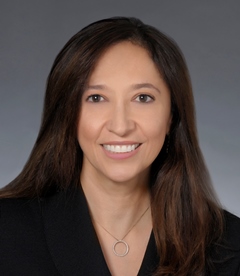 Songs That Remind Us of Childhood Before Quarantine
Music Helped My Little Girl With Autism Finally Find Her Voice
An unconventional lullaby.
advertisement

Songs That Remind Us of Childhood Before Quarantine
Music Helped My Little Girl With Autism Finally Find Her Voice
An unconventional lullaby.