Children and Grandparents: The Perfect Combination

Published by daisyrowley on October 6, 2017 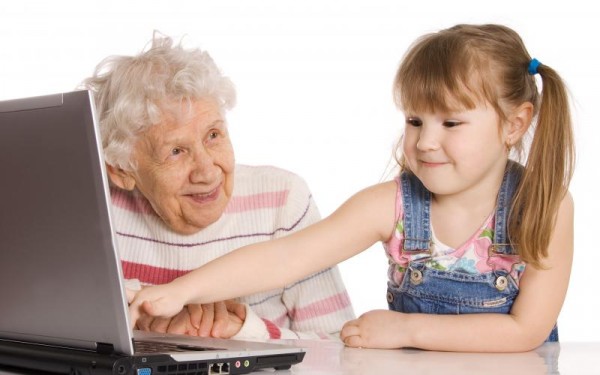 Many, many years ago, families stayed close together throughout their lifetimes. Whether it was due to the difficulty of traveling hundreds of miles or the need to stick together in order to find adequate food, shelter, and security, most families consisted of at least 3 generations. If they didn't live in the same home, they lived within the same community.

Children were raised by parents and grandparents, aunts and uncles. They became accustomed to seeing both younger adults and the elderly in their separate roles. They were well acquainted with the aging process and it was accepted.The elderly were respected for their knowledge and the younger folks helped to meet their needs as they aged. (except in some societies where they were carted off into the wilderness and left to die.) Social isolation during our later years was less of an issue as families remained closer.

The beauty of this relationship is that children could benefit from the wisdom of their elders, develop a sense of respect, compassion and caring for seniors, and learn from experience that aging is an acceptable process. Parents on the other hand, had the assistance of the elders in the work of caring for their family, while the elderly were allowed to be useful and to experience the joy that children can bring.

The Separation of Children and Grandparents 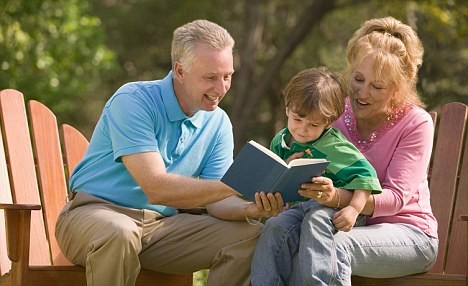 Over time of course families have changed. Many children have little involvement with their grandparents. With the ease of travel making relocation simple and job opportunities often calling families away from their birth home, families have increasingly been separated from their elderly relatives.

Despite cell phones, e-mail, and the relative ease of traveling back to see a grandparent on special occasions, these types of interactions do limit the quality of the relationship between children and elderly family members. Even for those children who have grandparents in their lives, a separation often occurs once illness or disability begins to enter the picture. It's rare for families to have the resources available to bring a senior family member into their own home to better accommodate their growing needs if there's any significant cognitive or physical difficulty. They are therefore isolated, often living their lives in some type of assisted living environment that the family visits less frequently.

Although this separation often occurs for understandable reasons, it would seem that actively working to increase the connection between children and grandparents, or at least children and the elderly in general, would be wise for the following reasons:

To develop a sense of compassion and caring Children who learn from a young age to care for others tend to grow into caring adults. Caring for pets, for the needy, for the elderly, or others can have a long lasting influence on the character development of kids.

To improve the lives of the elderly and end ageism Many children have a bias toward the elderly. From viewing the aged as mean, weak, or ignorant to simply finding them socially unacceptable, many children grow up avoiding the elderly and even ridiculing them. The best way to combat this is to assure that children have plenty of opportunities from a young age onward to become better acquainted with such individuals. Their involvement will also improve the quality of life for those with whom they socialize or provide care.

To improve social acceptance of aging As mentioned above, including the elderly in the lives of younger children assures a more ready acceptance of such individuals in later life. The benefits potentially go beyond this however. If children see elderly individuals dealing with disabilities and continuing on with their lives as either productive, happy, or loving individuals, then they will be more accepting of this process in their own lives in later years.

One example is the acceptance of assistive devices. Many adults reject the idea of using a cane or walker to maintain their balance. It's an aid to help them stay mobile and safe but they reject it as socially unacceptable however because it indicates disability. These same individuals accept a TV remote control without hesitation despite the fact that it performs a function they should be able to perform on their own without such an assistive device. The difference? One has been present since their childhood and is viewed as acceptable, the other has not. Perhaps if more children were accustomed to seeing walkers routinely, and seeing the individuals who use them as great people, their opinions would be different.

Ideas for Connecting Children and Grandparents or the Elderly 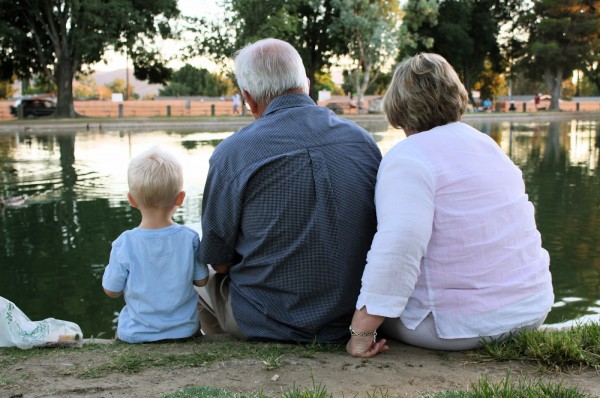 1. From the start, one of the best methods for teaching and for getting children involved with the elderly is to be a good role model. It's also important to include kids in your efforts. Even if your involvement requires a visit to a local nursing home, taking the little ones along can be beneficial in many instances. 2. A child's involvement will obviously vary according to his age. Young children can be encouraged to make cards or small gifts on special occasions for grandparents or elderly neighbors. At this stage parents can also be alert to any shows or movies that are viewed which include elderly individuals. Discussing the positive and negative images seen can be beneficial. For small children without other experiences, seeing a gruff old man or a bumbling, somewhat senile individual portrayed in a movie can create a rather lasting impression.

3. Encourage quality interactions. Even for children with grandparents it can be important to assure there are positive and lasting impressions being formed. Getting the elderly to share a hobby can be educational and fun for both; sewing, knitting, cooking, baking, woodworking, birding, gardening, photography, stamp or coin collecting, are just a few ideas. Even reading can be a shared interest. The earlier these types of interactions start the better.

4. In the case of grandparents, many families neglect to involve them in other family activities such as school competitions and events or other activities such as a day trip or vacation. All of these are opportunities to improve the bond and the understanding between children and grandparents or their other elderly relatives.

5. As children begin to grow, they can be encouraged to help when grandparents require assistance. For a child living nearby, they might be encouraged to help with a task; decorating for the holidays, snow removal, or something else. For kids who live a greater distance, then this would obviously look a bit different. Perhaps a periodic call or e-mail to say hello and to see how things are going. In some instances, somewhat older grand kids are great candidates for helping seniors less acquainted with tech in setting up, understanding, and problem solving issues with computers, cell phones and other gadgets.

6. Investigate technology that can help older kids stay in touch with grandparents who live a bit further away. Obviously text messaging is often a preferred communication method for kids, but winning over the grandparents would be necessary and in some instances finding a simple, easy to handle cell phone is the answer. The Jitterbug phone and the Samsung Knack are two examples. Even for elderly adults who refuse a computer, an HP Printing mailbox might be another way of staying in touch as it accepts e-mails and photos without an internet connection. Some grandparents may even be accepting of regular e-mail, chatting, and video chat sessions if set up. Video calling is no longer restricted just to the PC, there are tablets, TVs, and smartphones that allow it as well.

7. Older kids can also be encouraged to help out with elderly neighbors. From occasional visits, to picking up mail, taking trash to the curb, assisting with snow removal, and so forth, they can establish a relationship and provide real help when it's needed.

8. There are also a number of activities that church groups and schools can be encouraged to participate in to engage children and teenagers with the elderly. From caroling and other entertainment functions to planned visits that provide socialization, many youth programs can find willing participants in such facilities. Even as individuals, there are often volunteer opportunities to help with recreational activities scheduled within a variety of senior communities as well as more unstructured social situations. Even volunteering in local hospitals and rehab centers can be useful to encourage the concept of giving and being more accustomed to people with special needs and those using assistive devices.

9. Schools can also be encouraged to pair up with Senior Centers to develop programs that pair students with individual seniors. An example of one such project is the e-pal project described in this Education World article. Such initiatives can go a long way in improving understanding and establishing positive relationships.

10. For teenagers seeking a first job, it would certainly be worthwhile to consider working within an organization that provides senior services. For many, the opportunity to interact with the elderly and to perform a service that is "meaningful" generates more interest than say, flipping burgers. Working as an aide within a nursing home, a "transporter" within a larger hospital, a recreational assistant in a senior community, or even as delivery for various health related supplies and devices are just a few examples. 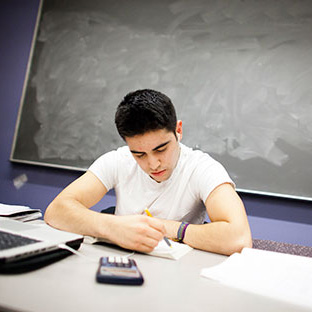 I'm working as a professional writer at DoMyWriting.com service for students. I love my job because it gives me the opportunity to inspire others and share my thoughts with like-minded people.