Published by JenniferRWatson on August 21, 2019

She was still small enough to carry, in first grade, and dealing with something her little mind couldn’t process, or even verbalize. Her stress took on a different shape, one that looked like tears, a tummy ache, and even tired legs.

My daughter’s young teacher lovingly scooped her up and carried her to the nurse. This teacher wasn’t a mother yet but she stood in the gap for me to do what most teachers do, they bend their backs to meet a need because of love because this is what they’ve always wanted to do even though they were smart enough to be a doctor, or run a small country. They traded a big paycheck for little eyes that light up when they hear the smallest praise and the smell of “sweaty kid” which smells kind of like a dog after a hard hour of play and picking wildflowers in the schoolyard.

When I arrived at the school, my firstborn was sleeping, mouth open, and red-faced. One cheek was redder than the other, I scooped her up and carried her out, kissing her forehead and wondering what was wrong with my girl.

Later she told me her symptoms and I listened, but later she was peaceful and wasn’t complaining anymore.

God puts something special in moms, I think. It is a mixture of private eye, part guard dog and fiercely protective, but mostly it’s selfless. Maybe it’s discernment and intuition; maybe it’s listening to symptoms and trying to find a solution to kiss the hurt away. But, later that night when it was time to tuck Whitley in, I asked if something was going on at school. Why was one side of her face, one spot in particular, red and even swollen? What was causing it, and what happened? 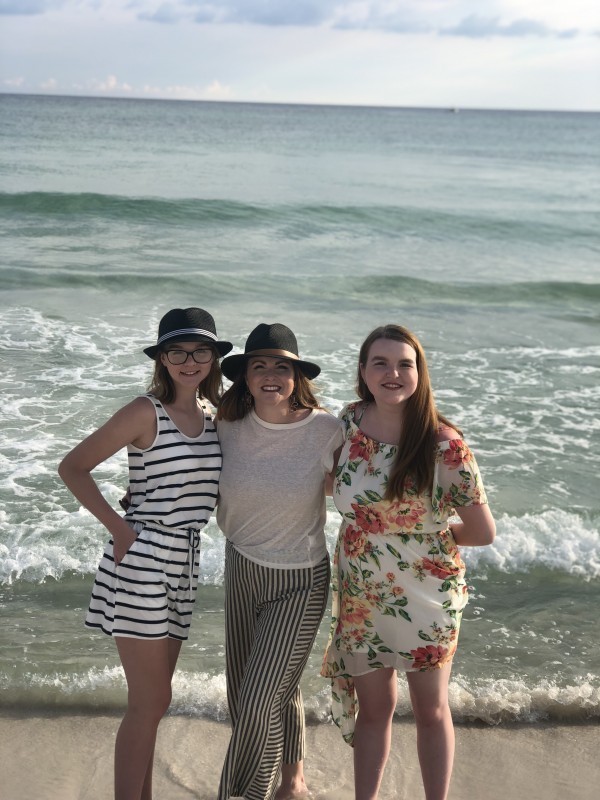 She began to cry as she told me of two boys who would circle her on the playground, they noticed the broken capillary on her face and pointed at it making fun of one small, tiny flaw. As they teased her they would flick her hard, in that same place, till it became more inflamed and blister-like. She sobbed and I held her, and my breath, and listened so closely to her words feeling the sting she must have felt on her beautiful skin. She honestly never cared about that spot on her face, the doctors said she would outgrow it. When family members pointed it out wondering if she should have it fixed, she would say, “I just think it makes me…me.” And, I would smile proudly wishing that I could be just like her and welcome flaws as gifts instead of highlighting them like a circling bully making something so small and barely noticeable as head-turning disfigurement.

Words rained softly from my lips to comfort my girl, cloudy words that comforted me as well because I knew it was God in me being strong as I watched my girl feel so small. Her stiff body relaxed into me, then she gave me a salty kiss and drifted to sleep. I cried and rocked her whispering prayers over her and wishing her Daddy was home instead of taking class at seminary a few hours away.

Later, I was ticked. I slipped out of the place of comforting words and salty prayers turned into a silent storm brewing, but wanted to be loud thunder. I called her Daddy, gave him the facts without tears or panic, and told him I was keeping her home, sending a long email with pictures of Whit’s face, and taking care of it…and her.

His end was silent. I didn’t like it. I needed his words. Tell me I did a good job. Tell me the email was worded right and would be firm enough, but from a heart that wanted to be well received. But, his silence looked like wanting to jump in the car and come home…it also looked like holding two first graders by the nape of the neck, with limbs dangling as he put the fear of God in them.

The situation was handled extremely well by the school, but mostly by a twenty-something teacher who was mad enough to make a room full of sweaty kids feel like they were in first grade hell.

While the class had a very bad day filled with lectures, Whitley and I had Mexican food with friends of mine who loved her. When they saw the mark on her face and they smiled sad smiles worrying about the possibility of a mark on her heart later. We shopped and I bought her things she didn’t need trying to forget a moment that she didn’t deserve.

My girl is sixteen now, the broken capillary disappeared along with her small stature. She looks like a woman now, one who still needs a reminder to brush her hair and teeth. She still feels sick-like when dealing with something at school that makes her heart feel sad, she feels that anxious ache in the pit of her stomach reminding her that something feels a little off.

I’m still catching tears and saying wise words that come from something much bigger than me.

My girl still holds onto things until she can’t anymore. As she releases words and says, “I feel so much better.” I feel like I’m going to vomit, but that passes, too.

We definitely don’t have it all figured out while we are bringing up our daughters.

My best friends don’t have it all figured out while they are bringing up their children either.

And, the only thing that I can think of that we are doing right is this; we are women who carry things that don’t belong to us.

We mother a child that isn’t ours and scoop her up.

We cry with a friend and don’t blink at all when they swear like a sailor and then end with, “Will you pray for me?” We carry hearts and pain, not judgment.

We cradle our words carefully and beg God that somehow they will sound like His. I mean, this is hard stuff and none of us know what we are doing. But, we sure try hard.

We hear words that haven’t been said yet and feel the tears that our brave friend cried the night before as she prayed to be seen mothering well in a world that makes us feel so invisible and small at times.

We are women who carry things that are worth carrying, even if they are not our own.

We are a force to be reckoned with messy hearts. We post a guard and link arms until our girls are free and our prayers are answered.

And then we repeat this tug-of-war of carrying burdens, hoping to make them lighter, and trust blindly in the God who teaches us how to lay them down at his feet for good this time.

We aren’t superheroes, we’re more like a small gang.

We do not need praise, or position, or an award that highlights how stinkin’ awesome we are.

We are much too busy applauding others when they carry the hard things. And, when we are weary and realize that needing others is actually the way that we love them in return, we take down our walls by allowing them to witness and love the weakest version of ourselves. And, somehow feel much better and really seen.

We are imperfect women who carry things and we are good at it. 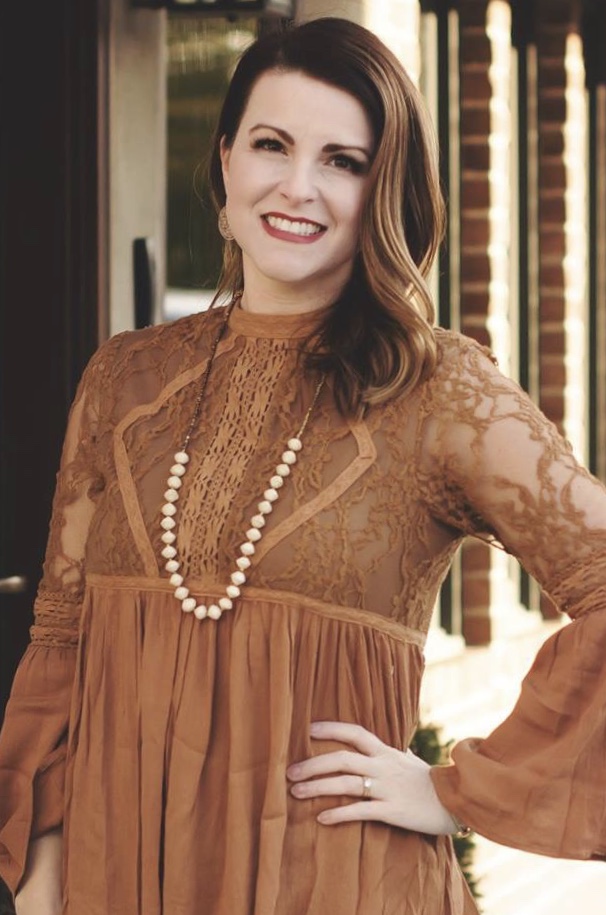 Jennifer Watson is the author of Freedom! The Gutsy Pursuit of Breakthrough and the Life Beyond It, a mother of two teenage daughters, and national speaker.

Raelyn Stanley NICU baby born at 24 weeks
I'm That Imperfect Mother
Lessons in gratitude from my 5-year-old, just in time for Christmas
advertisement

Raelyn Stanley NICU baby born at 24 weeks
I'm That Imperfect Mother
Lessons in gratitude from my 5-year-old, just in time for Christmas