Bye Bye Bump: The Decision to Have No More Children 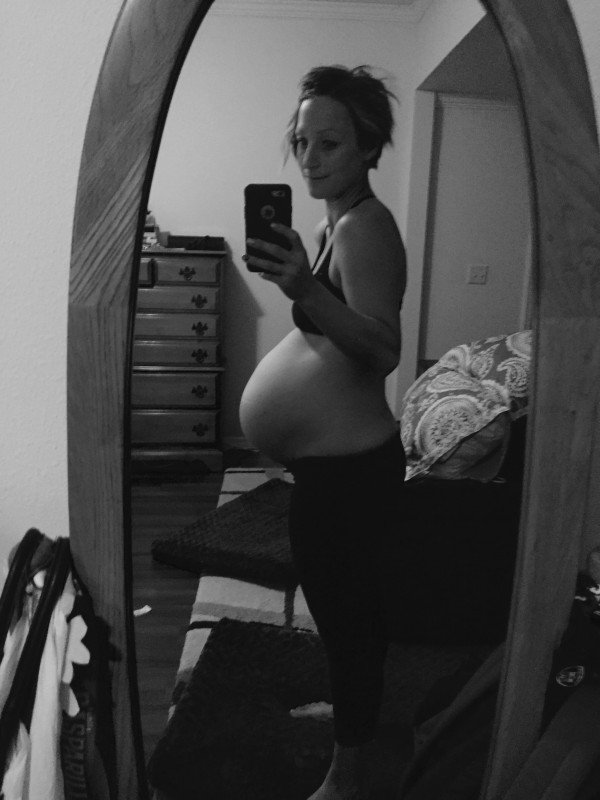 My third child was born in February of 2016, and her pregnancy and delivery were a breeze. In fact, despite some minimal morning sickness, I had pretty easy and enjoyable pregnancies all around. So, based on that, the following is easy to understand…

I LOVED BEING PREGNANT!!

Between the birth of my first child in June of 2011 until the birth of my last, whenever I wasn’t pregnant, I wanted to be pregnant. Okay, maybe not in those first few weeks with a newborn at home and dealing with the challenges of breastfeeding and night-waking, but for the most part I have always had this desire to be carrying a child.

Most women feel that being pregnant is far from glamorous — from the swollen ankles, to the weight gain, to the skin changes, to the mood changes — but I feel differently. Each time I was pregnant, I felt like I was on top of the world. Truth be told I gained so much weight that if I was literally on top of the world, I probably would have squished it. Still, pregnancy made me feel amazing. It made me feel strong. It made me feel powerful and unstoppable. I dare to say it almost made me feel like I was special; like carrying my baby was some sort of super-power.

Having three kids was always my dream and my desire. Being the youngest of three children, I always felt lucky to have two siblings to call on for support, for laughter, for fun, for anything that I absolutely needed. Heck — I still do that. And, I wanted to have enough children so that my children could experience the same. So, now that I have my third child, my family is complete, right?

Not only is it entirely exhausting to care for three children, but it is really freakin’ expensive as well. Adding another child to the mix, although slightly intriguing and exciting, is not in the plan by choice. But this choice, it gives me mixed feelings. There is a sense of relief and enthusiasm when I think about my future with my husband, and leaving the world of toddlerhood in three to four years. That means no more diapers, less nonsensical tantrums (for the most part), and in general having our children depend on us a little bit less for every single need.

However, there is a melancholy that I feel too. I feel like my body is sad. Like it is depressed that its roommate left and that another one is not coming to stay.

You know what though? I don’t think that all women are wired to feel like this. As a matter of fact, I know many women that are completely content with the idea of being done having children. Those same women do not get a pang of jealousy when they see pregnant women walk by.

So… what is it about pregnancy and being a mother that has created this dichotomy of emotion for me? I think I have an idea. HORMONES? No, just kidding, but maybe? My WIRING? Probably not the whole reason, but definitely a contributing factor. PERSONALITY? Yes, yes, and yes – all the way.

I think that when a woman has made the decision to have her last child, the range of emotions that she feels and the intensity to which she feels them has so much to do with her personality.

What does this mean for me? Well, before I even had kids I was a little bit of a control-freak, over-analyzing, super-sensitive, sentimental, anxious, and an excitable person. Then once I became a parent each of those traits were exacerbated. I am someone who really feels each and every emotion that I have, and am often overcome by my emotions. So, I guess I shouldn’t be surprised that the decision to make the move from baby maker to former baby maker has got me in a dither, and, in all actuality, being in a dither is where I typically reside, so what’s new.

Are you done having children? If so, how does that make you feel?

From a mother of angels: Please embrace your pregnancy bump
How My Son Made Me A Mother
Why we shouldn't be commenting on a pregnant woman's body
advertisement

From a mother of angels: Please embrace your pregnancy bump
How My Son Made Me A Mother
Why we shouldn't be commenting on a pregnant woman's body