Published by Derrick Barnes on September 16, 2021

In the summer of 2019, pre-COVID obviously (which feels like eons ago), I went on tour with the amazing, super talented illustrator, and someone that I consider a sister, Vanessa Newton. We were promoting my 10th release, The King of Kindergarten. King was a book deal that I landed with Nancy Paulsen Books/Penguin after I posted a back-to-school photo and short poem about my then-5-year old (one of the four Mighty Barnes Brothers), Nnamdi. The editor reached out to my magnificent, lovely agent, Regina Brooks, and asked if I could pen a story about a little Black boy heading to school for the first time. My reply? Of course! My wife and I had done it successfully three times prior to Nnamdi’s first day of kindergarten. Surprisingly, no such book existed that featured a Black child, published by a major house, that centered around the very first day of school.

I had an obligation.

I pride myself on accomplishing a multitude of things with my writing for children, but two in particular are at the utmost of importance: 1) Making sure that I address the dearth that existed of beautiful, positive, strong Black protagonists when I was a child, and 2) authenticity.

When I was growing up, we were not on the cover. We were not important in the storyline if we were in the book at all. I didn’t see myself in films or in television depicted in ways that I could identify with. So I’m out to offer alternatives to the runaway slave, impoverished, sports-centered, and in many cases, dark, hopeless narratives that have always existed for Black children in literature.

Black children, along with every other child, deserve to be the smartest character between the pages, the most beautiful, the intergalactic hero with superpowers, a mighty princess, a wizard or just a kid with a dog and a regular, loving family. 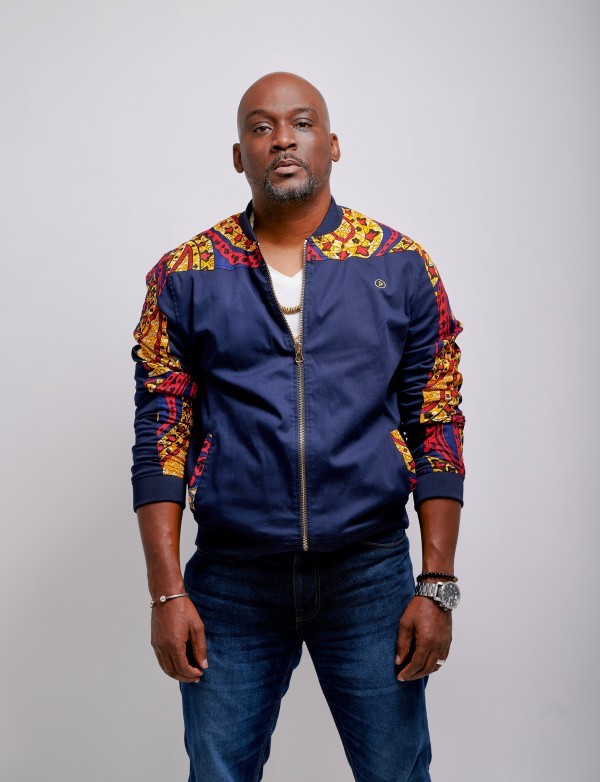 The second most important goal of mine is to 'Keep it real.' I choose very universal, relatable themes, that just so happen to have a Black character as the lead. That doesn’t make it a ‘Black book’, or a ‘Black story’ only for the consumption of Black people. They’re human stories. Period. I want Black children to not only see themselves visually in the characters, but to identify with phrasings, rituals, family dynamics, and anything that connects them to the ‘Black experience.’ Their stories, families, neighborhoods and voices matter.

As a young writer, I use to be apprehensive about weaving in my love for Stevie Wonder or Earth, Wind & Fire, the smell of collard greens, black-eyed peas and hot water cornbread on Sundays after church, beating on the table in the cafeteria during lunch while one of my friends spit some lyrics, mentioning items like Du-rags, or how much reverence we have for Palmers Cocoa Butter in order to keep our brown skin, knees and elbows glistening and less ashy. I was afraid that publishing companies would not be able to relate, and would pass on my manuscripts. But those are the things that made me who I am.

I realized that Black children, if they are to become avid readers, need text that allow them to identify with the inner workings of the story. Plus, it’s just as important for white children to have an authentic point of view of what it really means to be a Black child, and not from any negative stereotypical ideals that they may glean from pop culture. It’s important that they see non-white children play the lead, be the main character, and most of all — see Black children joyous and excited about the very same things that bring them joy as well. That’s how we learn empathy and tolerance.

The authenticity helps me to decide which projects I should work on next. I’m not one of those authors that have success with a book and then immediately come out with a companion that has no substance and lacks soul. I was asked so many times by Black mothers to craft a version of Crown: An Ode to the Fresh Cut for Black girls, but I had to pass, and for good reason. I know how important the subject of hair and hair maintenance is for Black women. Again, my wife and I have four boys, so I don’t have that unique experience of going to a beautician to get my little girl’s hair done. I felt it would have been disingenuous.

So, going back to the King of Kindergarten tour with Vanessa, I received the same requests from Black mothers to create a regal counterpart that features a little Black girl. I couldn’t pass on it this time. I used my wife as inspiration. If we had a little girl, I imagined that she would be as brilliant, spunky and sharp as my wife, Tinka. So when I penned The Queen of Kindergarten, I not only thought about my wife, but every other Black woman and girl, who mean the world to me, and deserve to see themselves wearing a tiara and espousing all of the noble qualities that exist within a queen on the very first day of school. 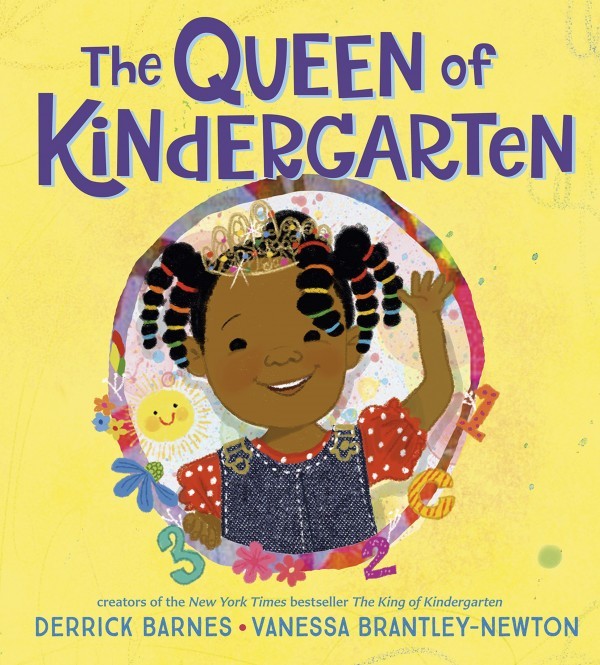 I have an obligation, as a Black artist, man, father, husband, son and writer, to be authentic, to remember who my core audience is, and to tell stories that shine on the lives of Black children in the most positive light as possible. Because I write with Black children in mind does not mean that I don’t write for other children. It’s quite the contrary, actually. The more all children have an opportunity to see others being happy, being valued, being loved, laughing, solving the mystery and saving the day, the closer we will all get to the type of society where we are lifting each other up, celebrating our differences, and hoping desperately to see joy in the faces of other human beings. 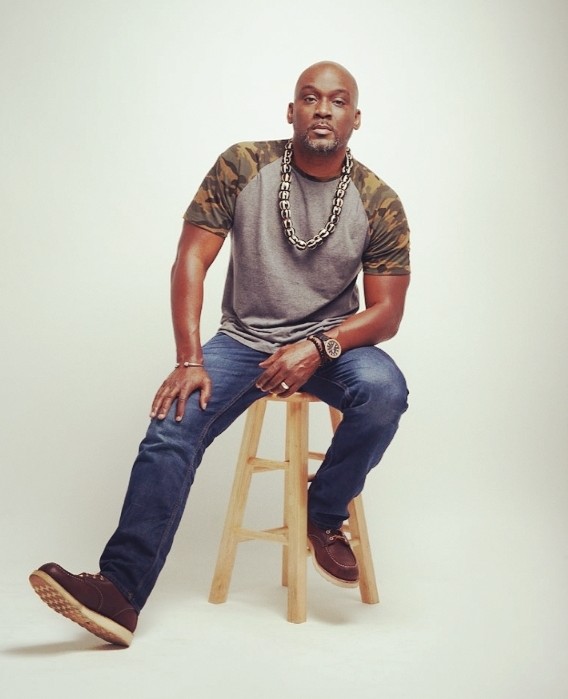 Derrick Barnes is the author of the New York Times bestseller The King of Kindergarten, as well as the critically acclaimed multi-award-winning picture book Crown: An Ode to the Fresh Cut. In 2020, he became the only author, in the history of the award, to have won the Kirkus Prize twice for his twelfth release, the New York Times bestseller, I Am Every Good Thing. Derrick is a graduate of Jackson State University (BA-Marketing ’99) and was the first African-American male creative copywriter hired by greeting cards giant Hallmark Cards. He is a native of Kansas City, MO, but currently lives in Charlotte, North Carolina, with his enchanting wife, Dr. Tinka Barnes, and their four sons, the Mighty Barnes Brothers.