Bitcoin 101: A Parent's Guide to the Digital Currency Craze 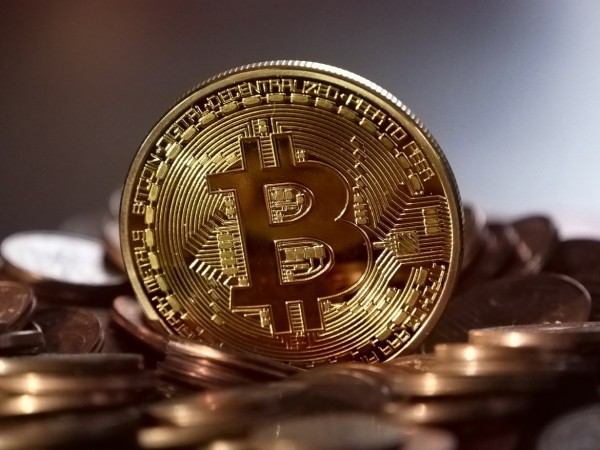 My 16-year-old son is obsessed with Bitcoin. Several months ago he talked my husband into helping him invest a portion of his savings in Bitcoin currency. I have to admit, up until recently I stayed out of the conversation mainly because I didn’t know anything about it and, secondly because I was under the impression that Bitcoin wasn’t “real currency.” Needless to say, I was wrong. Not only is Bitcoin very real, it’s as real a commodity as gold or silver and some people who jumped on the bandwagon early have now become self-made millionaires.

One boy, specifically, 18-year-old Erik Finman, who took the Christmas money he received from his grandmother back in 2011 and invested it in Bitcoin, is now the first teenager to turn a few bucks into a million in cold hard cash. And, with Bitcoin hitting a record high of nearly $18,000 per coin on December 15th, you can understand why Bitcoin is turning the heads of kids across the globe.

If you’re in the dark like I was a few months ago and your child (and perhaps all their friends) are talking about buying and investing in Bitcoin, you’re probably wondering, what the heck is Bitcoin? How do you get it? Is it real or fake money? Once you have Bitcoin, what can you do with it? And, is it safe for my child to buy Bitcoin?

Watching my son’s enthusiasm skyrocket, along with his investment, has certainly piqued my interest regarding the validity of Bitcoin. As a result, I decided to dive into the details and learn as much as I could about what many consider to be the “the mystery currency.”

If you have a son or daughter who’s interested in Bitcoin, here’s information you should know. Brace yourself, this gets a little complicated.

Simply put, Bitcoin is a peer-to-peer digital currency system. According to CNN Money and weusecoins.com, Bitcoin was created in 2009 by an unknown person or group using the alias Satoshi Nakamoto. Bitcoin essentially refers to two things: “Bitcoin” is a payment network similar to Mastercard or Paypal, and “bitcoins” are the currency that is used on the Bitcoin payment network. Bitcoin falls under the term “blockchain technology” and is considered the “cryptocurrency” and worldwide web payment system. It’s the first decentralized, open-source digital currency. The entire payment system works without middlemen, meaning no administrators or banks, and much like the technology behind the Internet, no one technically owns the Bitcoin network. It’s fully controlled by users around the world.

It’s important to understand that cryptocurrency actually existed before Bitcoin. There are reports that it was first created back in the 1980’s in the Netherlands. Bitcoin, specifically, became the first cryptocurrency to receive widespread acceptance and, in turn, reach the mainstream market. Since then a host of other cryptocurrencies have emerged under various names. So, while most people refer to the global term, Bitcoin, as a blanket name for all cryptocurrency, the fact is, it’s merely one of many cryptocurrencies available. According to the website BenZinga, there are more than a thousand different cryptocurrencies including Etherium, Ripple, Bitcoin Cash, and Litecoin, to name a few.

Because Bitcoin is still so new, there’s not really an analogy that fully encapsulates what it is, but to simplify things, it’s the equivalent of being able to send a gold coin via email.

How Did Bitcoin Get Started?

Bitcoin was originally created as a credit or reward system for a process known as “mining.” Today, miners are the backbone of the Bitcoin network. Essentially, miners solve computational problems and are then rewarded with newly-created bitcoins. Over time, Bitcoin has evolved into more of a mainstream currency.

How Does it Work?

Simplified, from the user’s perspective, it’s nothing more than a mobile app or computer program that allows users to send and receive bitcoins. Behind the scenes, the Bitcoin network is a massive financial record book (or ledger) called the “blockchain” that houses every transaction ever made.

When a person purchases bitcoins they’re held in a Bitcoin “wallet.” Just like a traditional wallet you’d carry in your pocket to store dollar bills, a Bitcoin wallet allows users to receive, store and send bitcoins through private encryption keys (a random string of bits created to scramble and unscramble data). There are several different types of wallets you can download and each wallet has its own unique address or key. Every Bitcoin wallet is password protected to avoid having anyone who doesn’t have authorized access from getting into your wallet.

Although it sounds complicated, the process of buying and selling bitcoins is actually fairly simple. Basically, you can send and receive bitcoins from any computer, tablet or smartphone to anyone, anywhere in the world, day or night. What makes it more intriguing is the fact that use of the Bitcoin network is free although in some cases, users must pay a small transaction fee when they buy or sell.

Who Can Buy Bitcoins?

A recent survey found that millennials have a greater interest in cryptocurrency than any other age group. If 18-year-olds are big on Bitcoin it only stands to reason why younger, tech-savvy siblings and friends might be just as curious. In past years, there wasn’t a required age limit to buy Bitcoin. In fact, some of Bitcoins earliest “miners” were quite literally minors. Although technically there still isn’t an age limit to purchase them, nearly every purchase platform, including Coinbase, (one of the more popular platforms to buy and sell Bitcoin and recently rated as the number one app in the U.S.), now performs an identity check and part of the verification process requires that customers be 18 years of age or older. Still, this isn’t stopping kids under the age of 18 from venturing into the digital currency craze. Either they’re having their parents buy it on their behalf or they’re seeking simple alternatives that can easily be found online via a simple Google search.

How Do You Acquire Bitcoin?

According to CNN Tech, the most common way to buy the currency is by downloading an app such as Coinbase or Blockchain. The app allows users to use a credit or debit card to purchase Bitcoin. What makes it interesting is that users don’t necessarily have to buy whole bitcoins, but can purchase a fraction of a Bitcoin. Each Bitcoin is divided into 100 million units; each called a “satoshi.” Once a purchase request has been made, online “miners” approve the transaction. Users can use the same app to sell their Bitcoin. The other way to acquire Bitcoin is through mining. People compete to “mine” bitcoins using computers to solve complex math puzzles. This is essentially how bitcoins are created.

Bitcoin can most accurately be described as “e-cash” that can be used to buy things from currently more than 100,000 merchants. Smaller businesses such as restaurants and law firms are using Bitcoin as payment as well as more popular online services including Overstock.com, Reddit, and Expedia.com. Even Microsoft users can use Bitcoin to purchase games, movies, and apps in the Windows and Xbox stores as well as the Microsoft online stores. Also, should Bitcoin traders choose, they can “cash out” of their investment turning their bitcoins into cash through a Bitcoin exchange, such as Coinbase. 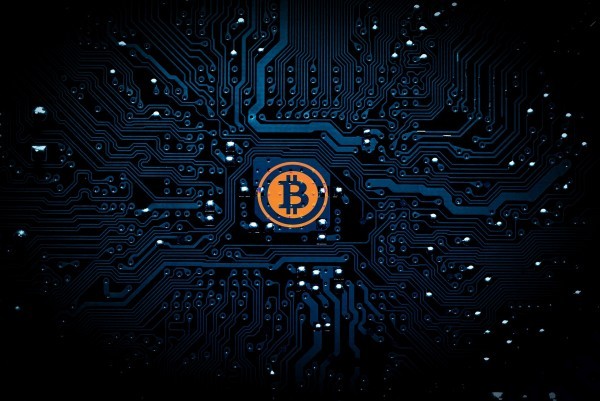 How is the Value of Bitcoin Determined?

Essentially, the value of Bitcoin is determined by what people are willing to pay for it much like how stocks are valued. Depending on the demand, the value can fluctuate from day to day and even hour to hour. As it stands now, only 21 million bitcoins can ever be mined. To date, about 12 million have been mined, so there is a limited supply. Because the government (or any other central organization) doesn’t have control over it, the “value” of Bitcoin is completely open to interpretation. Although Bitcoin is a relatively new phenomenon, it’s quickly gaining in popularity. In fact, to give you an idea of how quickly Bitcoin is gaining ground, it was reported back in April 2017 that the total value of existing Bitcoin exceeded $20 billion U.S. dollars. Today, the value of Bitcoin hovers at more than $250 billion U.S. dollars and millions of dollars worth of bitcoins are now being exchanged daily.

Is Buying and Selling Bitcoin Legal?

The short answer is, yes. Although, because buying and selling Bitcoin is hitting mainstream it’s under a lot of scrutiny. It’s difficult to assume what regulations might come into play down the road as it continues its rise in popularity.

Is Bitcoin Safe to Invest In? What Are the Risks?

It depends on who you to talk to. Some experts believe that Bitcoin is extremely risky. The value of Bitcoin is currently so unstable that it’s difficult to predict what the value will be from day to day. Also, because Bitcoin transactions can’t be traced you never know who you’re buying from or whom you’re selling to. Plus, there’s the potential issue of hacking. Supporters of Bitcoin claim it has proven to be as reliable and safe as the other applications on the Internet like email or online banking and that transactions are verified with the same state-of-the-art encryption that is used in banking, military, and government applications. Remember, because Bitcoin is unregulated and so new, the water is still extremely murky. Although Bitcoin has risen in popularity and value at an extremely high rate, there’s no guarantee this trend will continue.

So, Why is My Child So Fascinated with Bitcoin?

For starters, it’s new, it’s exciting and the idea of getting rich quick is totally intriguing to kids. Plus, the ease with which you can buy and sell bitcoins, the fact that you can exchange it for cash and more online stores are opening up to accept Bitcoin as a form of payment is garnering the attention of not only kids but adults as well. The use of cryptocurrency is most definitely on the rise and its benefits such as speed, low transaction fees and the ability to easily manage and store it has many believing that it won’t be long before we see cryptocurrency as a globally accepted means of payment.

The Future of Bitcoin

Bitcoin is a growing space of innovation, and with any innovation lies potential opportunities and risks. What the future holds for cryptocurrency and Bitcoin is yet to be seen; however, for now, the growing infatuation with digital currency is taking the world by a storm. It’s no wonder kids across the globe are interested in jumping on the Bitcoin bandwagon.

For more information visit Bitcoin or watch this short video the covers the highlights of Bitcoin.

I encourage all parents to do their own due diligence and research relating to the purchase and investment of Bitcoin. This article simply scratches the surface of available information and is intended to be informational only, not advisory. Every effort was made to draw information from credible resources to ensure the accuracy of the information outlined in this article.

Bitcoin 101: A Parent's Guide to the Digital Currency Craze