Biggest Benefits Of Playing Outside On A Regular Basis 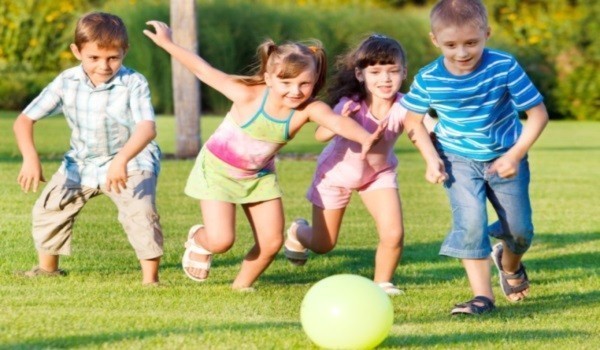 Are your kids allowed to play outside at the moment? I know you might think it’s too dangerous if they’re young. The majority of parents in the country would agree with you. That doesn’t mean you should keep them trapped indoors until they’re older.

Let them play in the garden and you can keep an eye on them from the window. Take them down to the park if you have to. You want them to receive the benefits of playing outside. Let’s discuss the ones you won’t want them to miss out on.

Rough estimations say over 6 million kids under the age of 18 have ADHD. Attention Deficit Hyperactivity Disorder can hurt children when they’re in school. It’s hard to qualify for a good college if you can’t concentrate.

When children play outside you’ll start increasing their attention spans, so it’s an excellent way to combat ADHD. It’s also an effective way to increase the attention spans of those who don’t have the disorder.

How do you expect children to develop social skills if they don’t play outdoors? They’ll be exposed to the exact same people every day. You want them to play with different children at the park early in life.

It will strengthen things like communication and language skills too. Your children have to get used to being around groups of people. They’ll feel a lot less uncomfortable in social situations in years to come.

I doubt most adults know the kind of stress kids face, which is strange because they were young once. Maybe it’s just because the world is a lot more challenging and you have to fight harder to thrive.

Kids do suffer from stress when life is chaotic, so they need good ways to unwind. Playing outside with their friends is one solution. No child should be trapped indoors when their head is ready to explode.


4. A Healthy Dose Of Vitamin D

If the American Academy of Pediatrics says something is healthy you’ve got to take them seriously. The sun will give your kids a healthy dose of vitamin D, which will help with things like bone strength and diabetes.

Children who stay indoors every day will end up with a deficiency. They’ll be able to get all their other vitamins and minerals in their foods. Unless you take supplements you need sunlight for vitamin D.

5. It Will Improve Their Vision

Do you ever let your child play with a ball near your car? You’ll need an auto glass repair company if they smash your windshield. Anything that will improve their vision could save you lots of hassle.

Children can become nearsighted if they spend too much time indoors. Research says, their chances of getting it drops by a few percent for every hour they spend outdoors per week, plus the condition can also be reversed.

Make Sure They Spend Time Outside Every Week

You shouldn’t let your children run wild like you used to do back in the day. That means you’ll need to think of other ways to get them outside. At least you finally know their well-being depends on it.

Housewife. For six years I take care of the twins while the husband is at work. When I have free time, when children fall asleep, I like to visit blogs about parenting. Love to travel when my husband not working.

ADHD vs. Just Kids Being Kids
Strategies for Students with ADHD: How Parents Can Help Students Succeed
Does Technology Help or Hurt Children with ADHD?
advertisement

ADHD vs. Just Kids Being Kids
Strategies for Students with ADHD: How Parents Can Help Students Succeed
Does Technology Help or Hurt Children with ADHD?