Being A Mom Is Being Someone's Person 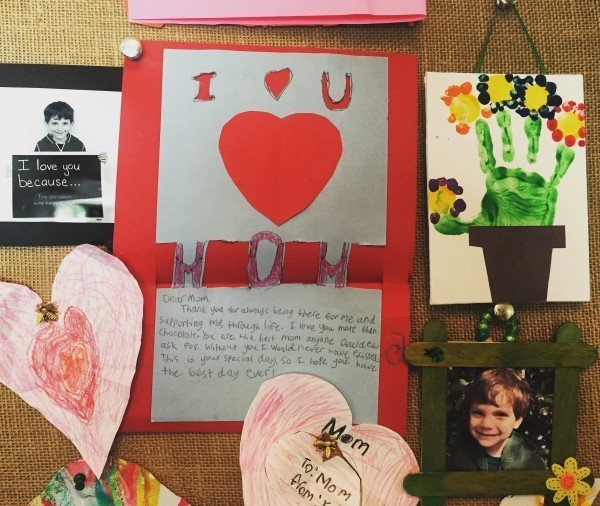 Being a mom is the entering of uncharted territory.

Being a mom is packing a hospital bag as one version of yourself and coming home as another, tethered to a new life, now forever in your charge.

Being a mom is signing agreements and waitlists, then crossing fingers, miles, and barriers to make a family with a child, where there wasn’t one before.

Being a mom is injecting hormones, counting calendars, and pouring hope and science into a bottle and throwing it out to sea; waiting for a gift from the universe.

Being a mom is learning on the job how to swaddle, bathe, soothe, bandage, feed, and care for an ever changing being in constant need of something, from the very small to the very large. Every. Single. Minute.

Being a mom is lonely.

Being a mom is wiping. Wiping snotty noses, dirty bottoms, muddy hands, and slates clean — over and over again.

Being a mom is packing. Packing lunches, and backpacks, and sleeping bags for camp. Childhood rooms into boxes, boxes into car trunks, cards into envelopes, and books from dorm rooms to apartments, offices, and new homes.

Being a mom is holding. Holding hands, bike seats, and the “Oh sh*t!” handles of 16-year-old’s cars. Holding arms down aisles of weddings, and grand-babies in laps, and more often than you’d like: your tongue.

Being a mom is never knowing if you’re doing it right.

Being a mom is less. Less time, less sleep, less exercise, less romance, less friends, less books (that aren’t filled with pictures and made of cardboard), less room in the bed, less time in the day, less interests, less hobbies. Less of you — the person you were before becoming a mother.

Being a mom is carrying. Carrying groceries, art projects, unfinished juice boxes, half-chewed gum, sleepy bodies from carseats to cribs, and worry, and angst, and dreams, and wonder.

Being a mom is carrying too much at once.

Being a mom is fueled by caffeine, lists, calendar reminders, “I did its!”, “Thank you Mommys!” and “I love yous!”

Being a mom is trade-offs, and sacrifice, and compromise, and career diversions, and life detours.

Being a mom is considering another person’s well-being and interests before your own with every decision you make.

Being a mom is being less to others so you can be more to the ones who need you most.

Being a mom is canceled plans.

Being a mom is handmade cards, and clay hearts, and macaroni necklaces, and stick figure drawings of you hand-in-hand together. It’s nose-to-nose kisses, and round, soft faces looking into your eyes and saying they love you more than ice cream and candy ― and meaning it.

Being a mom is having someone see you as a better person than you actually are.

Being a mom is being someone’s person.

Being a mom is lying. Yes, that squeaky rendition of Twinkle Twinkle on the recorder is beautiful! Not much longer. We’re almost there! It doesn’t taste that bad. Plaid and stripes are a fantastic combo! Your blue hair really shows off your eyes.

Being a mom is telling the truth. I don’t know. It’s broken. It’s going to hurt for awhile. Time heals (but not everything can be fixed). Life isn’t fair.

Being a mom is lemonade stands, sand castles, and snowmen.

Being a mom is fevers, thermometers, and sleepless nights.

Being a mom is always taking the smaller half of the cookie.

Being a mom is slobber running down your cheek from open mouth kisses, paint on your shirt from spontaneous mid-craft hugs, and half-eaten food in your pockets and purse at all times.

Being a mom is yelling when your child breaks a vase, squirts you with the hose, or spits gooey, pink medicine out all over the couch and carpet because (even though he’s sick) You. Have. Had. It. And sometimes you are your worst self.

Being a mom is having stuff stuck in your hair, like jelly, or vomit, or the plastic, handheld fan your 4-year-old tried to “cool you off with” that wound itself into your tresses and made a nest, which you will likely have to cut out later.

Being a mom is looking into the worried eyes of the kid who tangled up your hair (maybe not by accident) and laughing hysterically; choosing forgiveness over shame because sometimes you are your best self.

Being a mom is constant, and steady, and sure. It’s no-matter-what and for-always.

Being a mom is forgiveness, and apologies, and absolution. Every. Single. Day.

Being a mom is a noun, a verb, and an adjective at any given time, and all at once.

Being a mom is discouraging, and heart-wrenchingly draining, and rewarding, and soul-satisfyingly wonderful.

Being a mom is a craft to be honed, a work in progress, a circuitous route to an unknown destiny.

Being a mom is a leap of faith.

Being a mom stretches you to the ends of all that is reasonable, and is a full-time, round-the-clock, never-stopping endurance test.

Being a mom is something that once you’ve known it, you wouldn’t trade for anything in the world; even though sometimes, it would be nice to take a vacation.

Jacque lives in California with her two boys (lively), two dogs (rescues), one cat (indifferent), and her husband (patient). She is currently working on a memoir. Her writing can be found on The Washington Post, Scary Mommy, Popsugar, HuffPost, and more. You can also find her at writewhereiam, Facebook, and Twitter.

Being a mom
Being A Mom Is Being Someone's Person
Organize Your Family's Memories // Save them by letting go..
advertisement

Being a mom
Being A Mom Is Being Someone's Person
Organize Your Family's Memories // Save them by letting go..