Being A Child In The Eighties

Published by Tales of an Educated Debutante on May 20, 2016 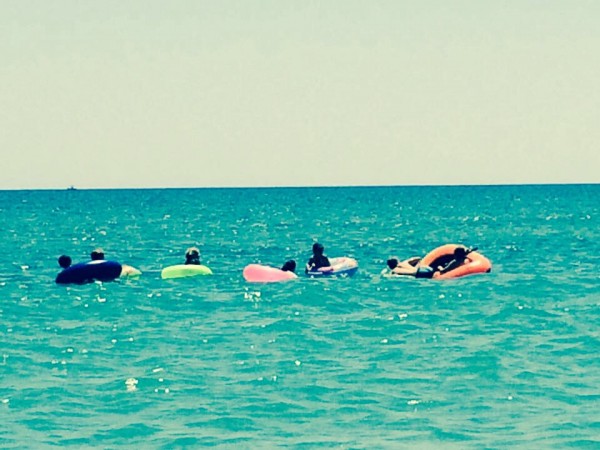 1. I don't ever recall using a seat belt. I preferred to lie in on the shelf-like space above the back seat under the back window, just perfect for my 6-year-old frame on a long car trip.

2. There was no Suburban in those days, not even a minivan, just sedans for families of four like mine and the grandiose station wagons for my friends with larger families. If there was an over-abundance of kids, all the seats were put down and we rolled around like apples on a goat cart. If we behaved ourselves, real cigarettes were passed out so we would be quiet and pretend to smoke.

3. No one was supervised. Ever.

4. No one asked me if I wanted to go to camp. Nope, my input was not required and I was sealed, signed and delivered for weeks on end to various summer programs. The summer my brother and I stood together in our refusal, we were quick to never voice our disdain again. We found ourselves walking for the most part to camps around our small town and yes, there was a two-week computer camp available in 1982 at, quite obviously, a cutting-edge private school.

5. Speaking of school, in those days color charts were not sent home to represent behavior. I personally had my own desk in the hall where I was banished for being a talkative first-grader. For being impudent, I was lifted and placed in a large cafeteria trashcan. Righteous punishment, and my parents likely agreed.

6. No one demanded to know your whereabouts; if anything, you were encouraged to roam far and wide. It was the days before technology or babysitters existed and the door was locked from the inside, with exceptions only for blood, until dinnertime.

7. We had a laundry chute, not a carefully stocked playroom with labeled bins. It was lined with shiny tin and we frequently stuffed ourselves down it. When we grew tired of that, we dragged in sleds from the garage and flew down the thickly carpeted staircase.
8. We roamed the neighborhood on foot, on roller skates and, by age 8, on gas-powered go-carts for many of us. Interestingly enough, we often were stopped by police cruisers but there was not much you could do to children who were too young for citations and whose parents that had locked themselves away.
9. Dinner was casserole. Every single night. If it was a Friday, you were treated to a Salisbury steak TV dinner and the Friday night movie.
10. Movies and television were controlled by men, far away in suits. "Wizard of Oz"?! Yes, it would be on in two weeks and you counted the minutes. The best movie I ever watched was in a friend's plush van, fitted with rabbit ears, on the way to the beach. Kids' meals and we were golden.