At the Super Bowl: I’m Only Here for the Food

Published by Jennifer Landis on February 2, 2018 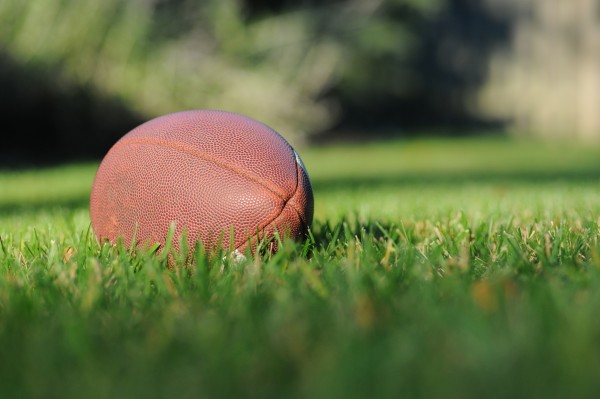 Welcome, one and all, to the celebration of pigskin-kicking, bro-huddling and butt-staring contests known as football times one hundred — also known as Super Bowl Sunday. I have a confession to make: I'm only here for the commercials and food. Yeah, that's the food I made from scratch or the pickup order because I should've learned by now to not waste my time on cooking all day. This isn't Thanksgiving, but there are striking similarities if you know what I mean: football watching, grunting, incoherent cheers and curses, and stuffing one's face. One just happens to have a prayer or comment of thanks in it, where the other one doesn't. Now, add a toddler into the mix, and there's a real party to be had. I watch Super Bowl commercials with the glee that a child has on their face when the Elf on the Shelf gets into his next shenanigan while gloriously stuffing my face with hoarded food that my guests are jealous of. It's a win-win for the Super Bowl chaos I face every year:

Beer Your Dang Self

Usually, the hubby and I live by the rule of reciprocation and courtesy. Sometimes, it's cute to give into the antiquated “bring hubby a beer,” but I'm not a Suzie Homemaker — it's not happening as soon as you drain the last one. Fortunately, hubby knows about this brilliant godly invention known as legs and typically re-beers himself and me in turn. On Super Bowl Sunday, my sweetie has a tendency to forget to his detriment. Fortunately, this problem is somewhat solved with coolers and beer cozies, but then there are the guests ...

Screw Being the Hostess With the Mostest

The hostess with the mostest can take a long walk off a short pier into shark-infested waters. Ask me to beer you again at your own risk. Fridge is over there, and how about a cold one for me during a commercial? On the other hand, lesser annoying hostess duties take me away from the big screen for a moment for my own sanity. I happily find duties to attend to when the bro huddle-fest becomes too much. Oh, the chip bowl needs refilling? On it. Toddler needs cuddle time and crayons? On it. Beer you? Ha.

I'd like to be the toastiest hostess, but my tiny terror — I mean, toddler — needs wrangling. Anyone tried adult juice in sippy cups for personal sanity?

Confusing and conflicting emotions erupt for toddlers during Super Bowl parties. They can't watch their shows, and no one is paying attention to them! Wah! Standing in front of the TV is a big no, and I get looked to as the Supreme Toddler Wrangler — because face it, this is mainly Daddy's thing, and during Mommy's things, Daddy will theoretically have her back, too.

Still, toddler wrangling is an extra effort during Super Bowl parties on top of everything else. So, careful with those “beer me” requests, because I've just rescued a toddler climbing a large bookshelf that no one else noticed. Not to mention the joy of putting an extra-energized rugrat to bed when you're still expected to survive at least until half-time.

American men grunting to football, yelling expletives and cheering by banging on things, themselves and others is its own branch of language and behavior that linguists and psychologists have yet to decipher.

Most of the game language itself isn't hard to decipher. Touchdowns are obvious, and the word foul comes from Old Norse meaning rotten. It's starting to make sense now. The bowl part of Super Bowl isn't only for chips, and its Indo-European root means to swell, like my brain during the chaos. Bowl is also linked to the shape of the stadium seating to hold spectators, in an evil trap. Thank goodness for the commercials!

Understanding game grunts will never happen. When they try to request or mention something to you, it's still in game grunt. Plus, what happens to their ears? Are they filled with beers and whistles? Sometimes, I wonder if a water gun would solve the problem. Right in the ear. Hubby'd probably steal it and fill it with beer. Send help. Food Fandom Fun Facts Football-shaped everything. Cakes with team logos. Super Bowl food themes can shove it. People, if you want themed food, bring it to the party. Remember how I mentioned Thanksgiving? Well, next to that, Super Bowl is like second Thanksgiving, since the Superbowl is the second largest food holiday in the United States, and only one out of seven households order out. You'd think delivery places would be swamped, right? Yet, pizza and chicken wings top the list as the most eaten foods during a Super Bowl party.

Super Bowl parties suck, but at least there's good food and amazing commercials amid toddler chaos and bro huddles. Sometimes, I feel like an amateur anthropologist living with a remote species of man, trying to decipher their ways and words during this holiest of ancient rituals with a pigskin at the center of it all. At the end of half-time, I half-heartedly say “beer me,” and every thrice in a Super Bowl commercial, I'm pleasantly surprised with a cold one as I watch in awe of humanity's craziness.

How to bring your game face to your family's Super Bowl party
All I Wanted Was To Eat My Cereal
Deflated Football Souffle!
advertisement

How to bring your game face to your family's Super Bowl party
All I Wanted Was To Eat My Cereal
Deflated Football Souffle!