Are the Twos Terrible, or Am I?

I haven't written a post in a while because I have felt pretty uninspired lately. My creative juices just haven't been flowing like they used to, and I'm attributing that to the twos--specifically my two who are two.

Perhaps my creativity (and overall energy) is zapped because I spend the better part of my day feeling like I'm banging my head against the wall in hopes that maybe, just maybe, one of my requests are actually heard.

They reassure me their listening ears are turned on, but man oh man, I think we need to change the batteries in those suckers already. They're not working. Actual phrases that have been on a constant rotation for the few months:

"Nice guys don't spit at people, especially their moms. Or animals. Or bugs. Or the neighbors walking by."

"Our teeth are for fruit snacks, hop-hop crackers (aka the Annie's Bunny Crackers that actually have veggies in them--I'll take 'em when I can get 'em), chicken nuggets, and cookies. They're not for biting Nonnie/Jackie."

"There are two places I should never see your hands: in your diaper and in your nose."

"Let's use our words instead of growling at people."

By the end of the day, all I want to do is TAP OUT. But I can't. Because I'm the mom...and because they're still yelling "Mommy!" in their cribs at bedtime because one wants his back rubbed while the other wants to ensure that his current fave animals are covered up in a specific way that I have yet to figure out because we go through the same song and dance at least 3 times. 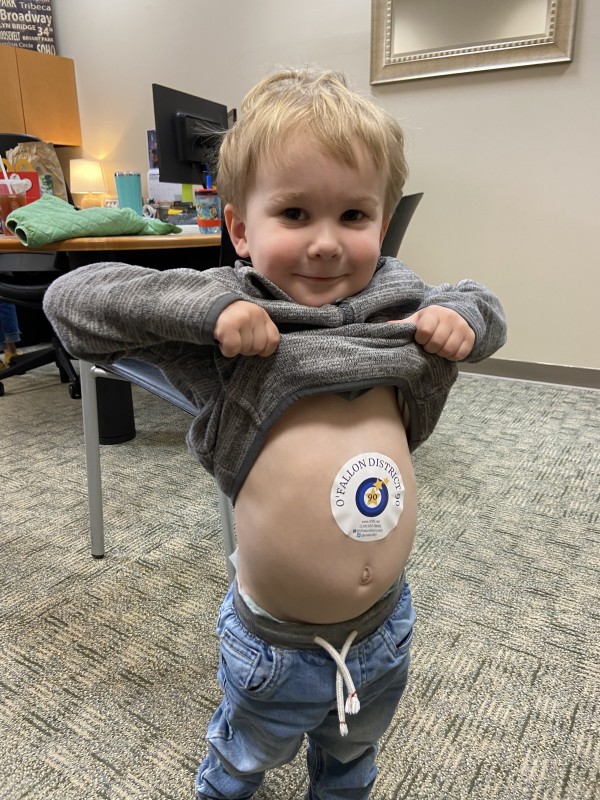 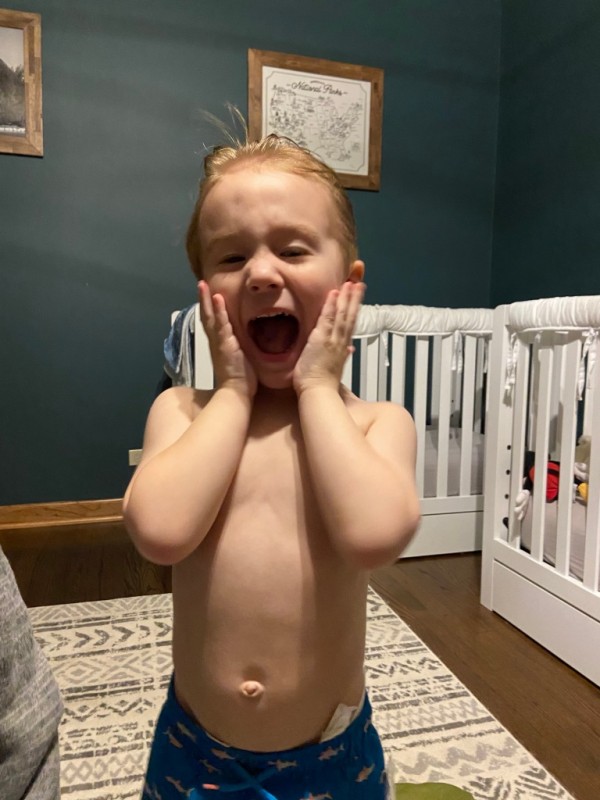 OH! And there is a little bit of 2 year old sleep regression that comes from the depths of hell and LINGERS on and off for what seems like eternity. So, what's tapping out? And what's a full night's sleep? 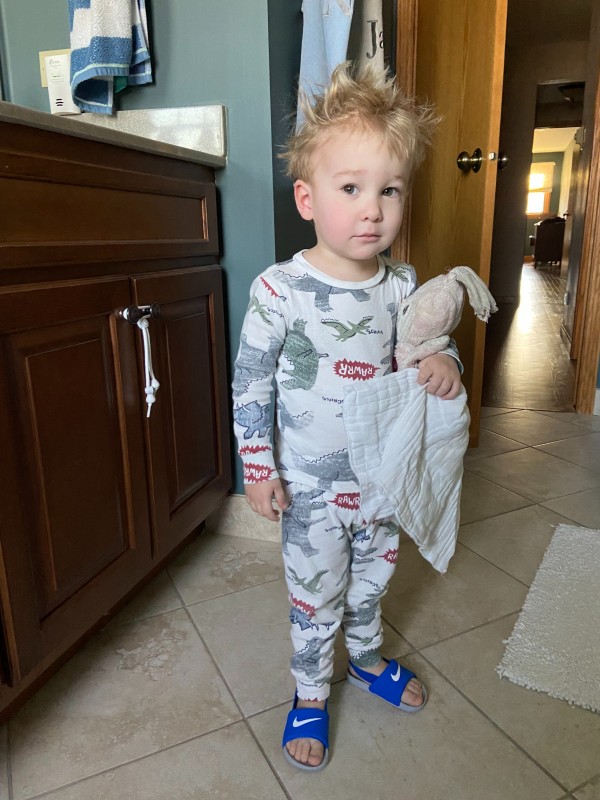 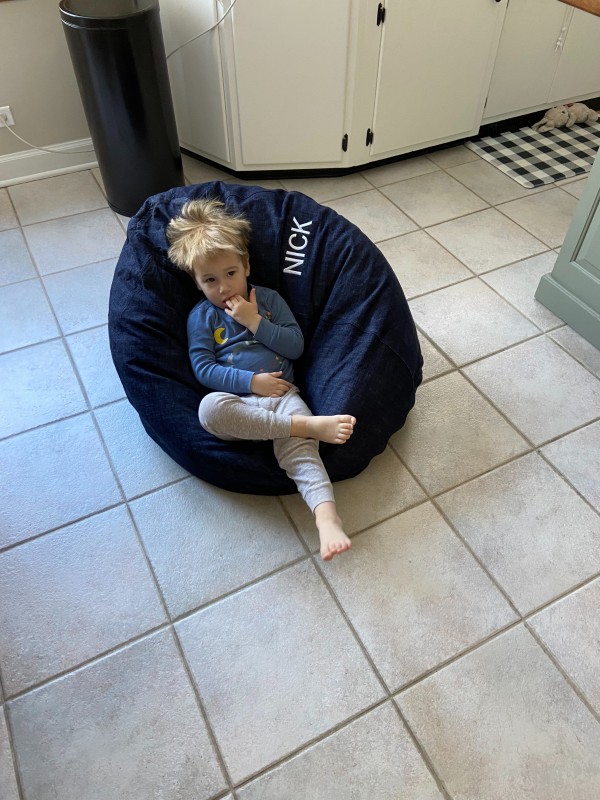 Suffice to say, there are days that feel like absolute bedlam (ok, most days feel like that. And by most, I mean all). Also something I've realized lately--so many of their behaviors are either un-relatable to me (I've never in my life put someone in a headlock and tackled them down wearing only a diaper...at bedtime no less) or trigger me (just thinking about them emptying every single bin in the playroom gives me anxiety about the mess). 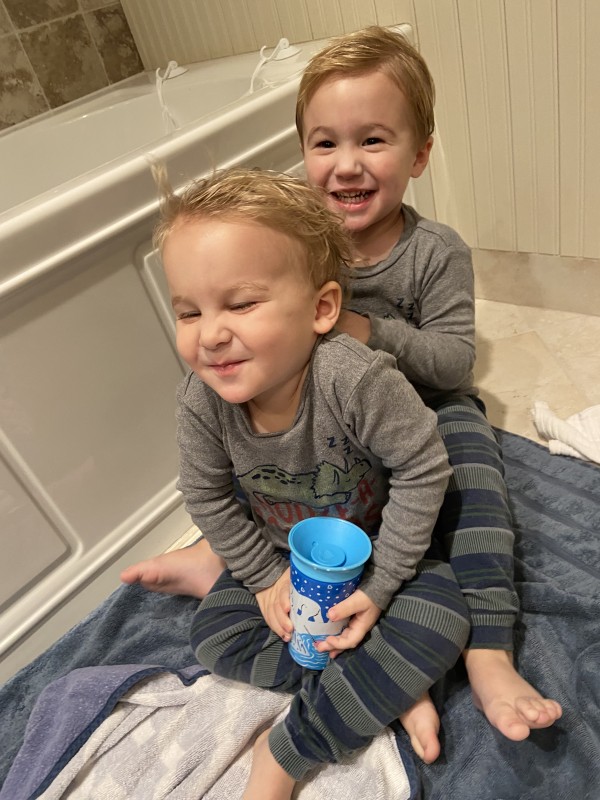 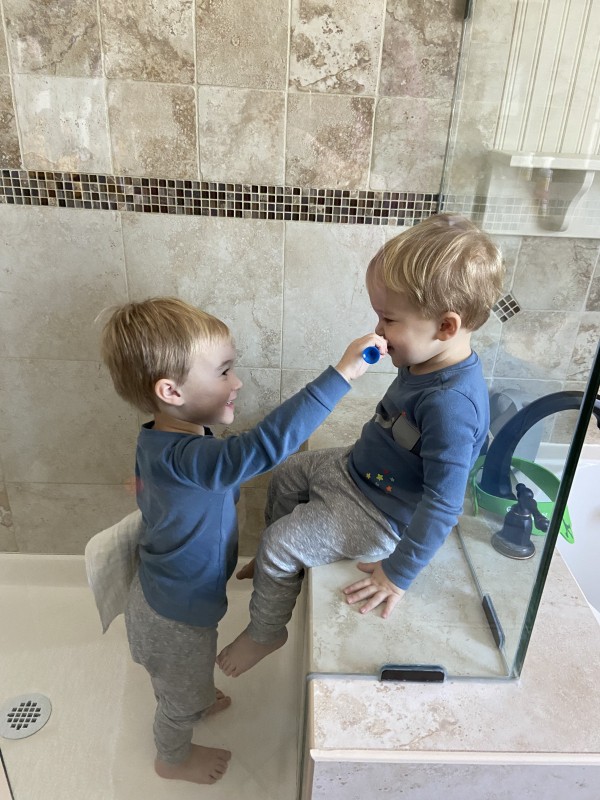 They've learned how to team up together, and team up against me.

So if you take chaos compounded with anxiety triggers I didn't even know I had before we arrived at this stage in toddlerhood (are they new or were they just buried way down deep? I'll never know), you have a recipe for frustration, overwhelming mom guilt, and utter exhaustion. Super fun.

Ok, I said all the things you're not supposed to say because children are wonderful gifts. My guys are the best, and I love them with every fiber of my being. But there are parts of this phase of toddlerhood that I don't particularly care for...ok, parts that I HATE. 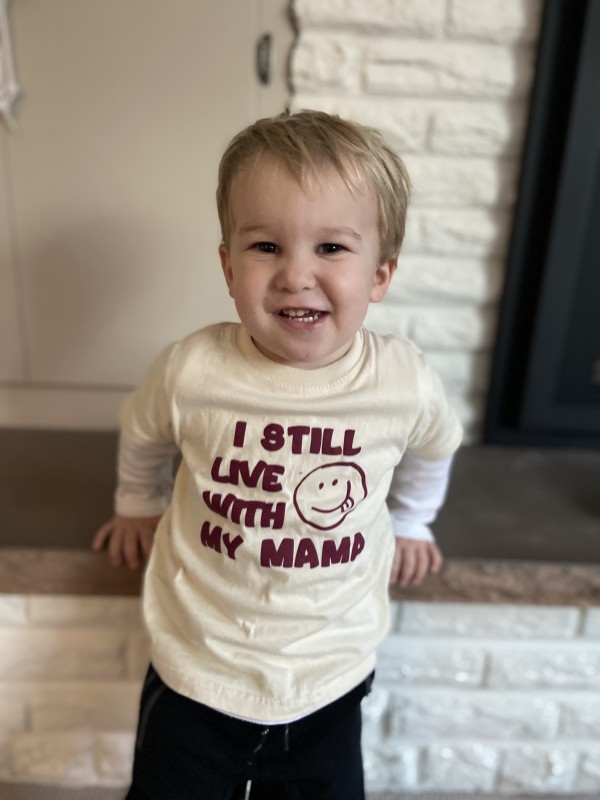 Every day I wake up with a renewed sense of confidence in myself (they're not the boss of me!), my reactions (choose your battles wisely!), and my emotions (don't let them see you cry!). And for the love of god, every day I lose my ever-thinning patience at least five times, and that's just before lunch! I just want to keep my ship pointed in the right direction, but here I am struggling just to keep my sailors from jumping off. WHAT IS WRONG WITH ME?

Are the twos that terrible, or is it me? Am I the terrible one in this scenario because their behaviors trigger me in a negative way? Perhaps I'm hoping (at least for the sake of my sanity and general place in the world) that it's a little bit of both. 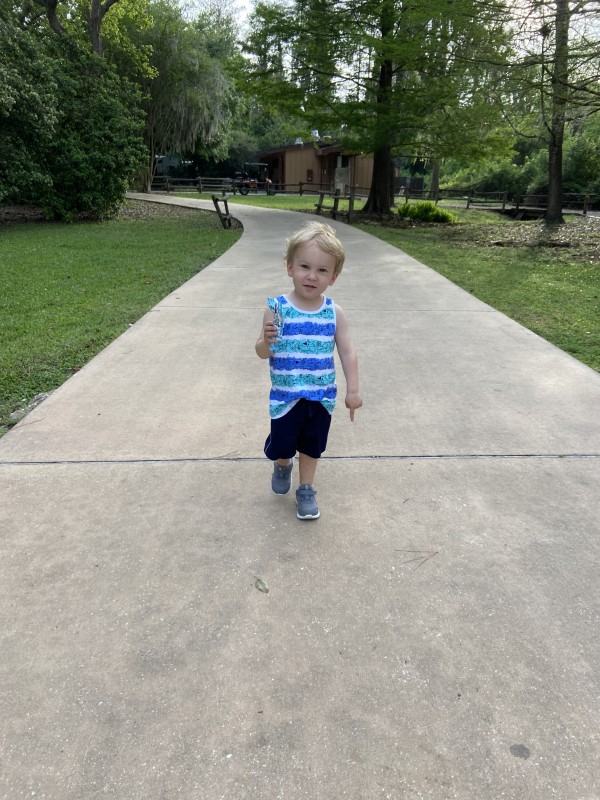 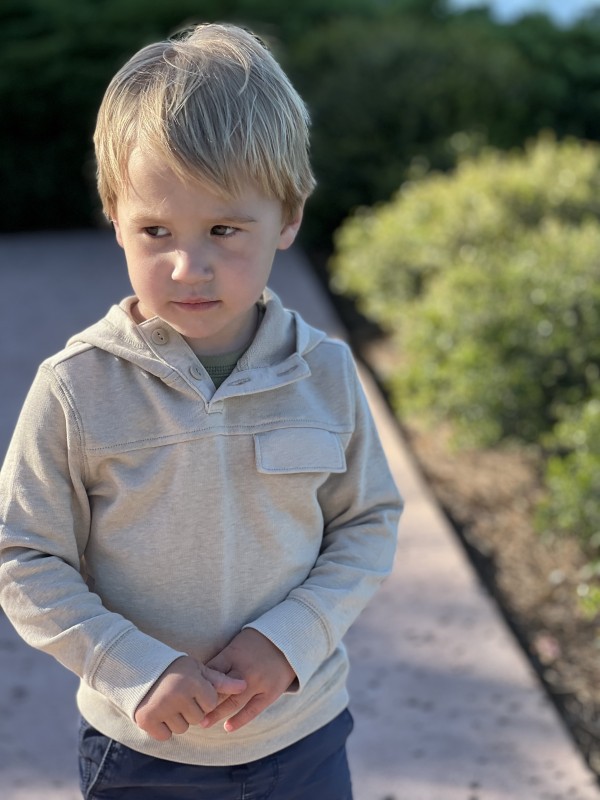 Ok, I'm fully aware that I'm the adult here and that (theoretically) I have the ability to manage my emotions (easier said than done, am I right?). But like, when can we start sharing some of the responsibility? Do we have a timeline here, or what?

Toddlers are a lot smarter than we give them credit for here, people. Not to brag, but I think my kids are pretty intelligent. Even if their listening skills can be subpar right now, they pick up on things (for better or worse) quickly. They may not know how to fully express themselves in a productive manner, but they definitely know which couch they can jump on (not that they actually follow that rule), that money goes in your pocket, how to Facetime, and that they always get to lick the bowl when we bake brownies. 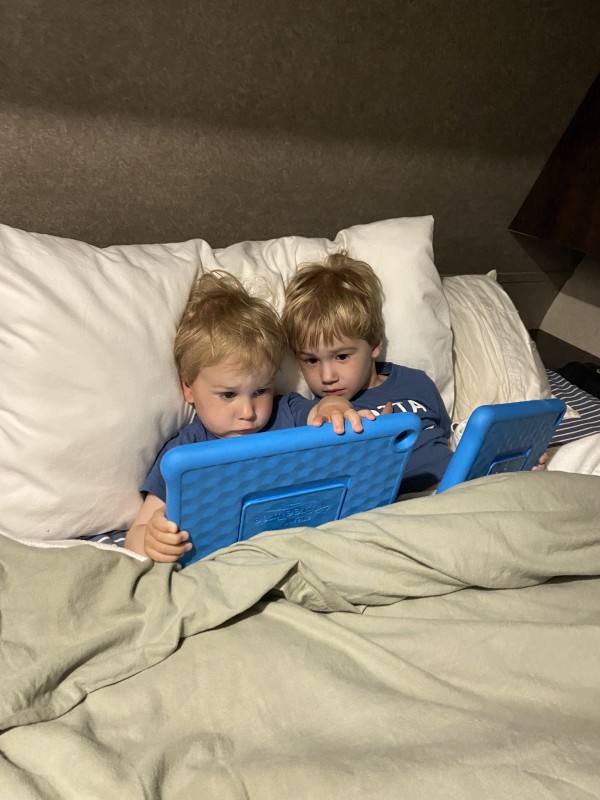 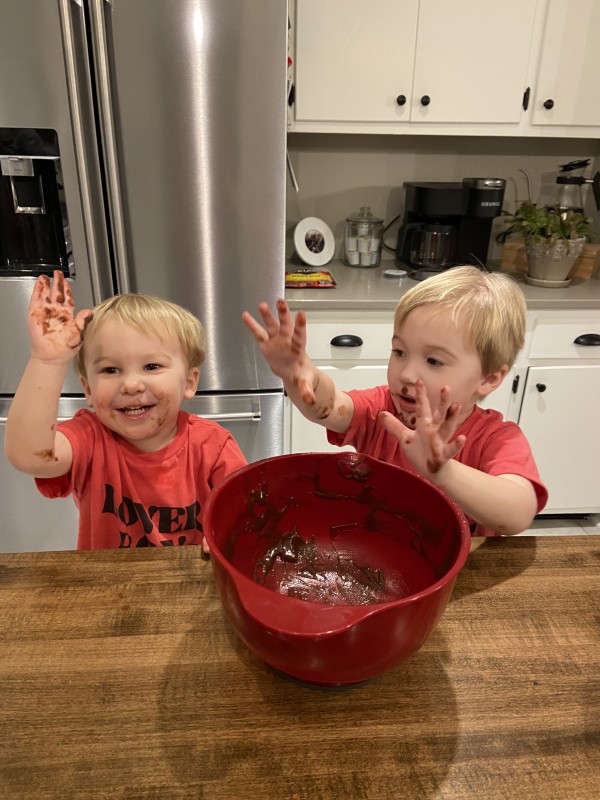 Sooo...anyone care to fill me in on when I can expect to stop feeling like I'm juggling fifteen monster trucks, tripping on Legos, and wrestling an alligator at the same time all while being seemingly invisible (because NO ONE IN THIS HOUSE IS LISTENING TO ME!)??

What's the secret? Do I lower my expectations? Do I even know how to do that? Is that basically like the gateway drug to tossing all structure out the window?! Can you feel my panic seeping through as I type this?!

And wouldn't ya know it, as soon as I walk out of their room at night, an overwhelming and all-consuming wave of mom guilt rushes over me, and all I want to do is go back in (ok, maybe after a solid 45 minutes just so I know they're really asleep). In that moment, all I want to do is scoop them up and hug them so hard...and tell them that tomorrow is a new day for all three of us, that I'm still figuring this out too, and they're my favorite Nick and Jack in the whole world. 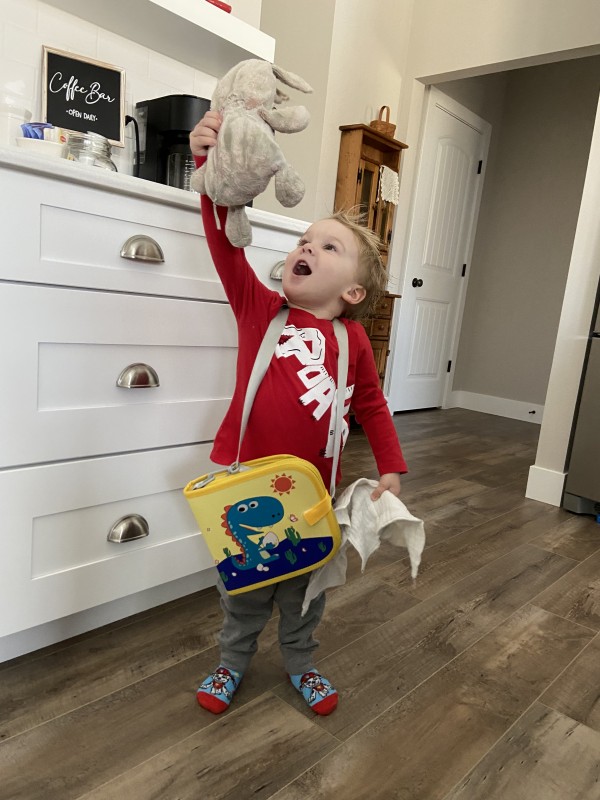 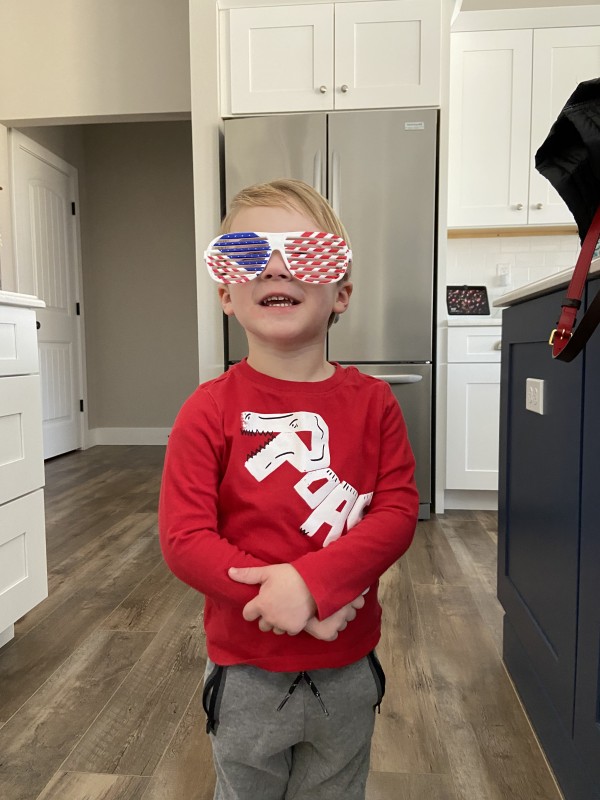 And then I head to bed so I can mentally prepare not to lose my shit again the next day, or at the very least, wait until about 10:30am.

My type A personality necessitates a solution. But I haven't figured it out just yet. So for the time being boys: it's not you, it's me. And you're still my favorite, even on the hard days.

Will I miss this when they turn three? Stay tuned. 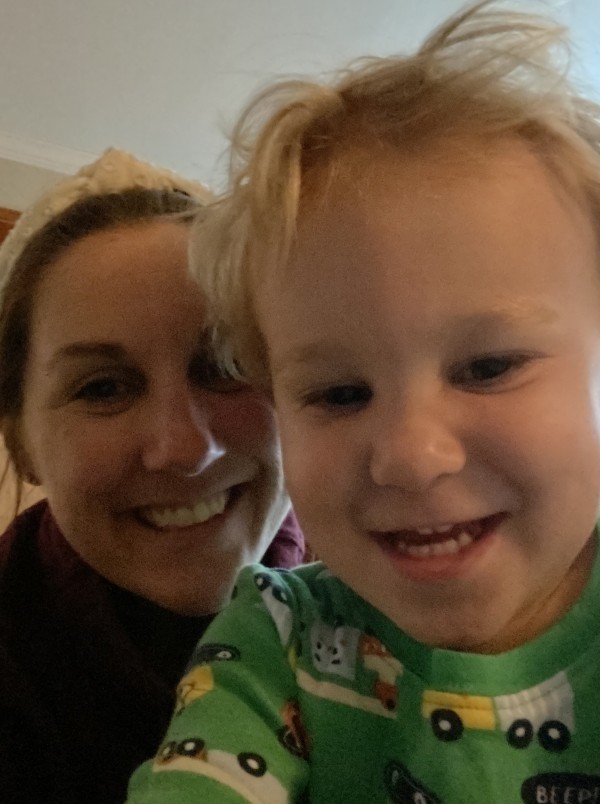 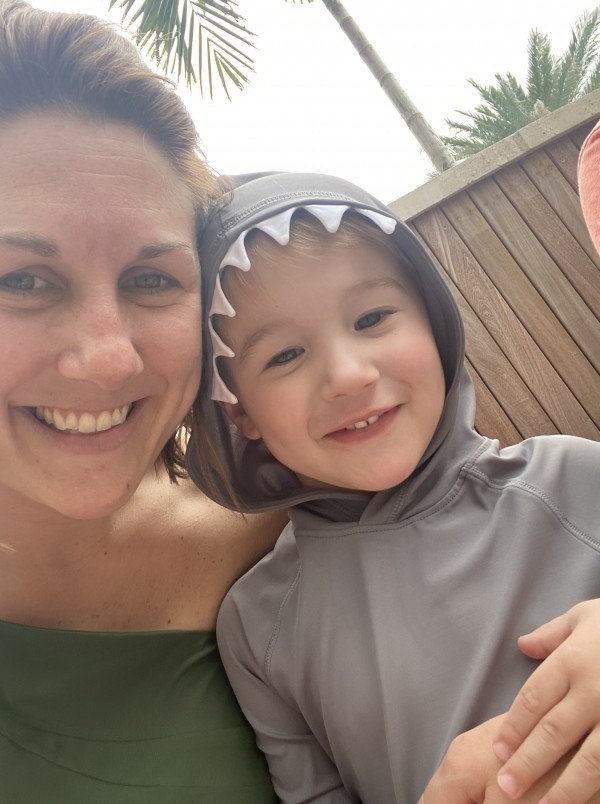 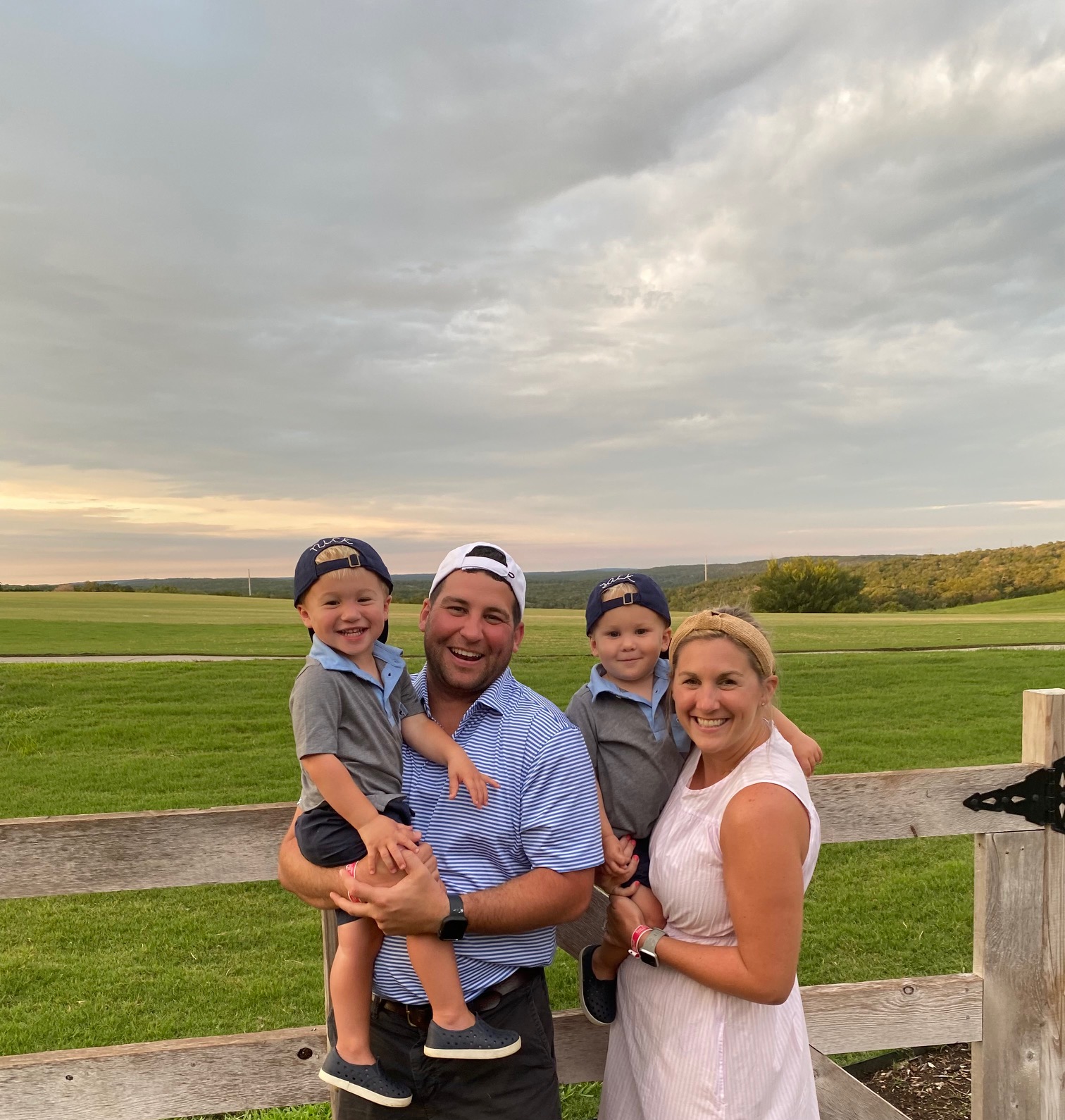 ‘I could barely speak’: Grieving woman struck by coffee barista’s ‘simple act of kindness’
Lots Of People Are Loving Summer--And Then There's Me
I'm A Great Mom
advertisement

‘I could barely speak’: Grieving woman struck by coffee barista’s ‘simple act of kindness’
Lots Of People Are Loving Summer--And Then There's Me
I'm A Great Mom