Published by Jenni Brennan on September 20, 2021 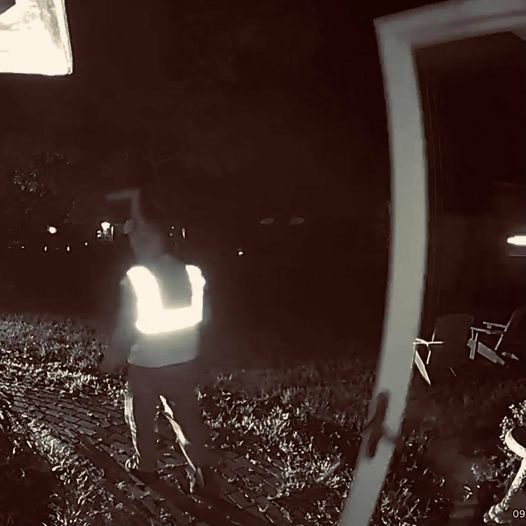 "You never know how much you'll miss them until those cleats get hung up for the last time."

To this day I still don’t know what compelled me to open my front door when an Amazon delivery man rang my doorbell on that random Saturday night.

99% of my doorbell rings go unanswered or ignored yet there I was, standing in my open doorway stuck in a conversation with the Amazon delivery man.

At first I was irritated.

Couldn’t he see that we had just come home from a long day of football? I had things I needed to be doing. I didn’t have time to stand in my doorway talking about which local pizza place has the best Greek salads or what the best route to the highway is on a Saturday night.

He peered over my shoulder and into my dining room.

Scattered all over the room behind me were the markers of my current stage in life.

Football pads and helmets were stacked on top of my dining room table. Athletic cups and mouth guards were tossed next to empty water bottles on my china cabinet. Sweaty smelly jerseys were strewn over the backs of my dining room chairs.

Football cleats had been left wherever they were kicked off on the floor and string bags had been thrown wherever open space could be found.

It was a scene of total and complete chaos but was a scene familiar, nostalgic, and comforting to the Amazon delivery man for it was a scene from his own past. As he stood there taking in the state of the room behind me, tears began to fill his eyes.

The hum of the Amazon delivery truck in the driveway began to fade away.

The brand markings on his uniform and on the package of dog allergy meds he held in his hand slipped from my view.

Eventually all I could see and hear was a parent who loved his children deeply - a parent who could be a future version of me.

And it broke my heart.

"My two boys played football too...Well, I had two boys. I lost one in the military. He died."

Pausing to take a deep shaky breath and rocking back on his heels, he shook his head and said "You never really get over it. They say you do. But you don't. You think about them when you're driving around. You think about them all the time." With the back of his hand, he wiped away a tear and held my gaze for just a beat longer.

"You never know how much you'll miss them until those cleats get hung up for the last time."

His words hit me right in my heart.

In an instant, nothing else mattered. The mess on the table. The stench of the uniforms. The desperately overdue showers for my teens. The hurried pace of this stage of our life. None of it mattered. I had just received one of the most important deliveries of my life from this Amazon delivery man - perspective.

Someday soon, he had reminded me, those cleats that litter my floor will be hung up for good. The scene behind me will no longer be one of complete chaos.

And I'll miss it all.

I’ll miss the sheer fatigue after full weeks of practice.

I’ll miss being a part of their lives in this way.

I’ll miss it all and so will they.

Life will change and we can’t predict where it will take us.

One day our Saturday nights might be filled with delivering packages instead of rehashing football games and connecting around my kitchen island.

So, for now, maybe it’s best to keep answering the unexpected doorbells.

We never know when a little perspective may be waiting for us on the other side.

The Gratitude Adjustment
Untitled
I didn't have a dad, but my son does
advertisement

The Gratitude Adjustment
Untitled
I didn't have a dad, but my son does