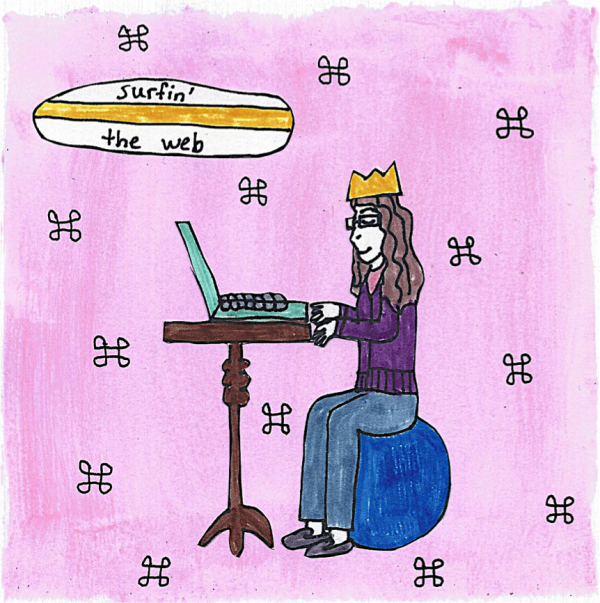 Born in 1982, I’m about as old as a millennial can get. I’m in that micro generation stuck in the middle. Like the swirl option between the chocolate and vanilla soft serve – either the best of both worlds or the absence of definition. We are both superior to our neighboring generations for having what they lack, or we don’t measure up. And yes, I know this is a very “millennial” statement…we’re also painfully self-aware.

We have always known the “why” of technology. Technology provides efficient ways to do things, connects us with others, is fun, relaxing, and provides an escape. Growing up as multitasking digital natives with warm memories of Oregon Trail, finding the secret level of Mario Brothers, and burning mix CDs for road trips, we were thrilled to become the early adopters of more advanced technology. We begrudgingly teach our elders how to drag-and-drop yet criticize our interns for whatever they’re always doing on their phones. Some days, I can’t decide if I’m old or young – and it’s usually because of technology. A buddy of mine gives up “iPhone at the table” every year for Lent. If that doesn’t sum up our micro generation, I don’t know what does.

I’m raising two kids and they’re all about the iPad. I know I’m not supposed to give them too much “screen time” (because that’s what the Gen Xers say), but my kids also play outside and are social so…who cares. Recently, my five-year-old daughter wanted to know how her iPad game was made. Superior digital native me, had no idea. I know there’s a lot of engineering and other stuff involved, but I have always been satisfied with just having technology around without feeling the need to understand the "how." My boomer mother might call that a lack of intellectual curiosity, but she’s never worried about the "how" of technology either.

It’s still Greek to me, but it won’t be to my kids, and it’s my job to help them explore their interests. Curiosity can be short lived or it can build and grow into something powerful and long lasting. Sheryl Sandberg famously said “you can’t be what you can’t see.” It’s a challenge, as a parent, to give my kids back stage passes and full visibility into something I barely comprehend.

My mother and I created The Royal Coder with my princess-obsessed daughter – playing with the idea of how technology can enhance the traditional fairy tale. A smart princess who makes crowns and jewels on her 3D printer, has an interest in robotics, develops a smart dance floor for balls, and hosts hackathons at her palace. A relatable girl (who happens to be #blessed with royalty) works hard to achieve her goals. Putting a face behind the technology can help my kids see that the games they love are products of human talent and the desire to create. Putting a girl behind the technology can help my daughter embrace her curiosity without the limitations older generations grew up with. Let's be honest - in a few years, she'll be teaching me whatever the new drag-and-drop is.

Laura is a career counselor and mama of two – a five year old princess-in-training and a two year old busy boy. She is passionate about creating career confidence in little ones.