An Argument, A Fainting Spell and a Journey Back to Each Other 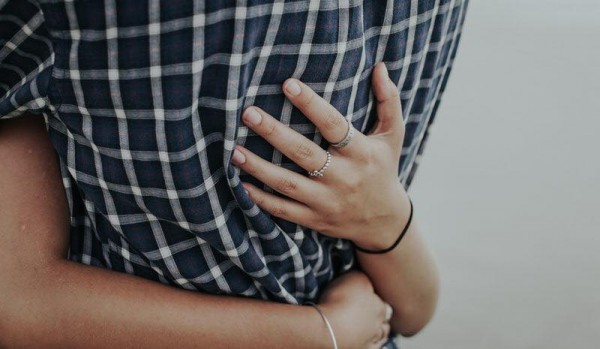 Last night my husband and I argued. My words were unproductive and snippy, his were frustrated and a notch louder than necessary. We were the only two people in the car so I could hear him even though I was not listening. I pressed the right pedal past 80 mph hoping to drive away from this stupid conversation. We could not find common ground on anything. Not one thing.

We gave up. We stopped talking and rode in silence for what seemed like forever. I’m uber stubborn and wasn’t about to give in and talk first. He was staring at his phone anyway and probably enjoying the quiet. I was playing a ridiculous childish game with myself— if I talk first I lose—but I think we both lost because we weren’t even trying.

We arrived at the venue and had to communicate about other things. Did you have the tickets, where should we park, do we have time to grab a bite before the event? Our conversation was practical and efficient and easier since we didn’t have to talk about our future past the next half hour.

Several of you know me personally but most of you know me based on what I post online. I try to be authentic and as close to real as possible. The next part of the story shames and embarrasses me but I’m not sure what to do about it since my brain has been wired this way since childhood. I’m not sure how to de-program what I’ve known since I was in elementary school.

The first time it happened I was watching a movie on the floor of the library with my third grade classmates. It was a story about a young girl who was thrown from a horse and her spine was damaged. The scene was a hospital room with this girl strapped to a bed, head, chin, shoulders, arms, waist, thighs, ankles anchored to the wiry, metal bed then flipped over so she was facing the floor and they could operate on her back. They never showed the surgery but the camera zoomed in on her terrified face just before the anesthesia set in.

That’s when it happened to me. I got hot so fast I started sweating. The room was spinning and I tried to stand to leave but my legs were unstable and wobbly. I collapsed but was determined to get out of the room and away from the disturbing medical sounds coming from the movie. I remember trying to crawl around the other kids, sweat dripping off my forehead and nose. I managed to stand and kept thinking I want to get out of the room and press something cold against my body. I was so hot. I remember falling outside the door of the library’s media room onto linoleum and that it was cool against my face. I woke up in the nurse’s office.

Over the years, I’ve fainted many times. My triggers are certain detailed medical situations. I’ve rallied through the birth of my children and successfully cared for my husband after his eye surgery and shoulder surgery but the less I know about specifics the better.

Back to last night.

We went to a book signing of one of my favorite authors Jodi Picoult She has a new book #aSparkofLight and it uncovers both sides of the controversial topic of abortion. You can keep reading, I’m not offering an opinion, I’m just explaining what happened.

During the course of the book’s discussion, the differences and specific explanation of what actually happens in a medical office during the procedure varied between something that looks like you blew your nose and see a little mucus and a bit of blood in your tissue to much more...

But that’s when I got hot.

I didn’t hear anymore. I was trapped in the center of the row and the exit door seemed a football field away. I fumbled in my purse for mints and rattled open the cinnamon Altoids. It didn’t help. The sweat was matting my hair to the side of my face and the lights were swaying. Danny looked at me and asked if I was okay but he knew the answer.

He cleared the aisle and started quietly whispering to our seat mates to make way. As soon as I hit the lobby I saw a sofa and fell onto it. I was hyperventilating and dizzy. My shirt was soaked. I knew I would blackout soon. The ushers came over and asked what I needed. My husband said, if you’ll get her a cup of water I’m going to wet some paper towels in the bathroom.

He looked at me and said I’ll be right back.

And that’s the point of this entire story. Danny comes back. Even when we disagree, he comes back and reminds me why I fell in love with the guy who knows me and loves me through all of my idiosyncrasies. Had I been alone or with anyone else, I would have been more anxious and distraught because I’d have to explain what was happening to me. Because he knew, I knew he was in control of my needs and I could focus on recovering quickly from my episode which lasted about 8 and half minutes.

I cooled off, drank the water, and pressed the wet paper towels to my head and neck. He sat beside me and searched my eyes for me to come back to him. And I did. And at that moment I didn’t give a damn about what we were arguing about earlier.

I Had a Hysterectomy at 32 and I'm Sad but Grateful
The Birth Day ... Five Years In The Making
When an ER Visit Becomes a Security Risk...
advertisement

I Had a Hysterectomy at 32 and I'm Sad but Grateful
The Birth Day ... Five Years In The Making
When an ER Visit Becomes a Security Risk...