All Kids Go to School, Right?

A new lunch box and a notebook marked the beginning of every school year for me and I carried on the tradition with my kids. In the US, the first day of school is a common rite of passage. So it may surprise you to learn that because of poverty, war, and violence, 263 million children around the world do not attend school. [1]

When a New York librarian contacted me about a school in Kenya that addressed equal access to education, I knew I had to act. I wrote Neema’s Reason to Smile, a picture book about a Kenyan girl who cannot attend school, to emphasize that the lack of access to education is not a “poor” problem, it’s everyone’s problem. 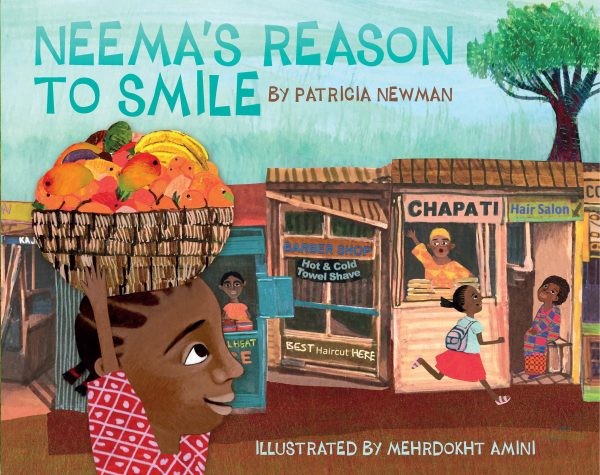 Our world is smaller than ever because of technology and air travel. We Skype friends and family across time zones. Airplanes carries us to distant continents. Social media keeps our thumbs on the pulse of world news as it happens. But according to Lord Melbourne, Winston Churchill, Teddy Roosevelt, Franklin Roosevelt (and Spider-Man’s Uncle Ben), with great power comes great responsibility.

Education gives us the power to be proactive and foster skills and attitudes that lead to a sustainable future for the world. We as global citizens will, therefore, also benefit from finding a way to educate the world’s 263 million uneducated children. Your children raised as global citizens now will be the thinkers and changemakers of tomorrow. But first you, as parents, need to start the conversation.

Model inclusive behavior for your kids. We all look at the world through our own lens, but the lens widens as we mature to include more diverse experiences, people, cultures, and viewpoints. The more experiences our children have, the more they will understand and empathize with people of other backgrounds. One of the hidden agendas in Neema’s Reason to Smile (and my environmental titles) is to empower kids to see the adults they’d like to become. Below are four ways to start:

​Four Benefits of Volunteering with Our Daughters: Raising Up the Next Generation of the Global Sis...
Making Powerful Educational Choices for our Children
Raising little citizens: Civics lessons for K-5 kids
advertisement

​Four Benefits of Volunteering with Our Daughters: Raising Up the Next Generation of the Global Sis...
Making Powerful Educational Choices for our Children
Raising little citizens: Civics lessons for K-5 kids