All Dogs Go To Heaven

Published by Shannon Armenis on January 18, 2022 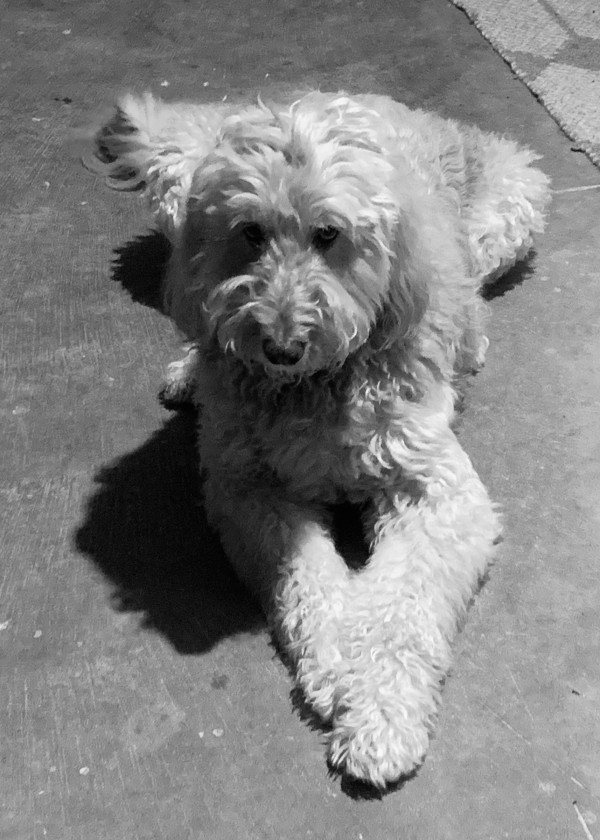 Luca Brasi was born on a farm and adopted by parents with a shared love of the movie The Godfather. Although fiercely loyal, he began going by just "Luca" when it was quickly realized his temperament would never allow him to rough up a band leader or anyone else for that matter. Although, he did once murder an entire plate of pigs in a blanket while his family sat unsuspectingly in the next room.

Ever the faithful and alert guard dog, you could find him most days at his self-assigned post of the dining room window from 3-5pm after his morning, mid-morning and early afternoon naps, announcing the arrival of every child, woman and man to arrive to their homes for the past 11 years. He did not work the midnight shift though, which was discovered when he was careful not to wake his family while someone broke into their car parked in the driveway.

Although his ancestor’s bloodline is officially unknown, we are fairly certain he was a descendant of one of Pavlov’s dogs by the trail of saliva he left on the hardwood floors, yet couldn’t fathom his inability in 11 years, to figure out standing too close to the mudroom door when someone exited, would result in being hit in the head when they returned. He couldn’t stand the thought of a solitary minute though, so he endured daily smacks to the head, followed by head rubs and apologies every single day for over a decade. His need to be with his people was also evident by his escapes from the backyard and journey to the front door where he would stare at us in disgust through the glass, until someone noticed and let him in.

To ensure we experienced guilt every time we did leave him, he would stand watch at his post and make sure his sad eyes pierced our heart as we pulled out of the driveway and greet us from the same spot upon our return, no matter how long we had been gone. I often wondered if he ever moved from that window or just sat their waiting and scanning for our car to enter our street. In addition, he was well known for his infamous hunger strikes if his mom left for more than 24 hours, unless you pulled out cheese. Cheese was the way to his heart, and he had the nose of a bloodhound that could pick up the scent of cheese from another room. Legend has it, even the slightest rustle of a deli bag would awaken him from the deepest of sleeps.

An avid ball hoarder, he never did master the game of fetch. Although in his younger years, he was an all-star outfielder during batting practice for his brothers. He did, however, learn to ring a bell to go outside and would give you a high five when prompted. He loved a short walk, not a long one and wasn’t keen on running unless it was in his sleep. He ran the equivalent of a few marathons in his sleep.

He was known to dabble in the city life and enjoyed visits to Baltimore to stay with his uncle when his family was away. Known for its dog loving environment and lack of rules, Luca spent city days napping on sofas in between meals of table food and nights spent sleeping in Uncle Tim’s bed. He often needed reminders when he returned home of the rule “what happens at Uncle Tim’s house, stays at Uncle Tim’s house”.

A large dog, he was once mistaken for a horse. His size could be intimidating for some, like the dog fearing Verizon technician arriving to install our cable one day, who asked if he was aggressive. I encouraged him to keep his distance, but only if he didn’t want to fall in love with a dog. He doesn’t bite, I warned, but there is a strong possibility he may lick you to death. After several hours of installation, he departed declaring he was the coolest dog he had ever met. I imagine he is a dog owner himself now.

And that was his gift. He had the ability to cast a spell on anyone crossing his path. He was incapable of anything but pure, unconditional love. Well love, and the occasional bout of gas. Honestly though, there wasn’t a person or animal to enter his life that he didn’t love, he even held an affection for his uncle's cat who smacked him in the face every time he said hello.

He was a gentle giant who spent 11 years giving more than he ever expected in return. 11 years of comforting in sadness, loving in times of doubt and brightening every day his tail wagged. We spent 11 years experiencing his love and we will now spend a lifetime missing him.

He is preceded in death by a Guinea Pig, who exceeded his life expectancy by years and is mourned by three heartbroken brothers, a doting over treating mom, a dad who didn’t want another dog, a loving uncle, grandparents, neighbors, a long list of friends, an extensive list of groomers, a few contractors, a lady at the dog park, a territorial cat and a Verizon technician.

Rest Easy, sweet boy and tell them your mom said it’s time for a treat.

The hardest part of loving you, is saying goodbye. 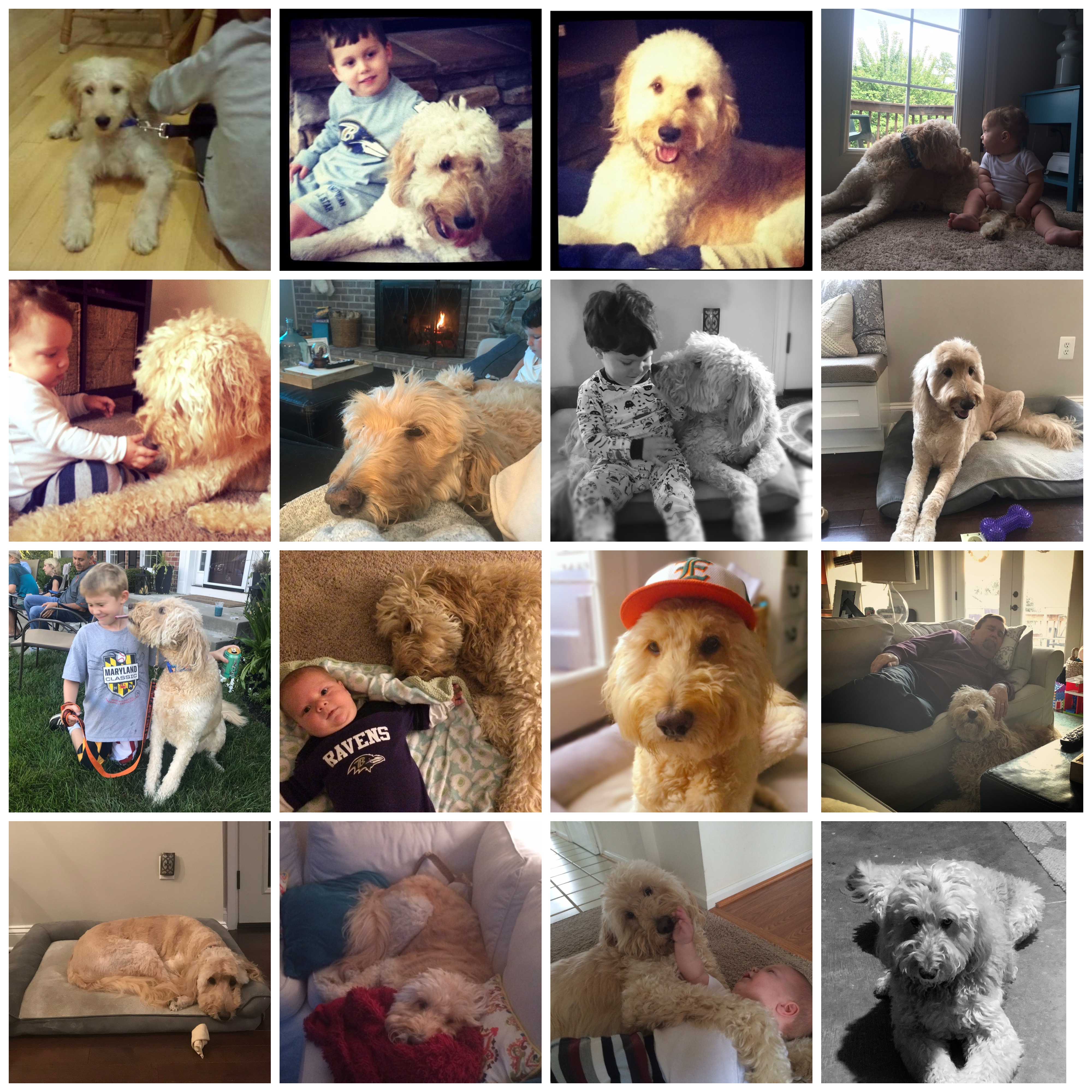 There But For The Grace of the Teachers
We have a new puppy! Welcome to Gracie!
Evolution of a Superdad
advertisement

There But For The Grace of the Teachers
We have a new puppy! Welcome to Gracie!
Evolution of a Superdad