Across the World: Images of children and families in wartime elicit universal parental anguish. 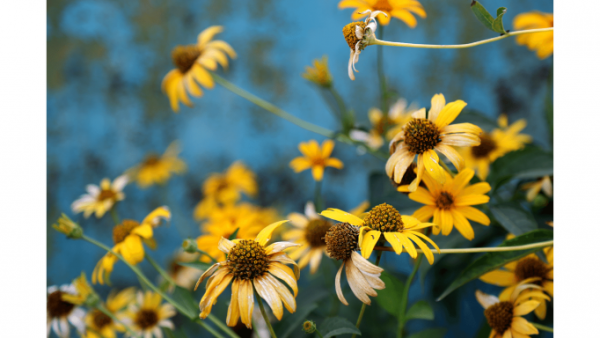 As news spread this week about the invasion of Ukraine, my son seemed a little nervous. He doesn’t know the history of international relations or geopolitics. He doesn’t understand what’s going on across the globe, but I could see the anxiety in his eyes as the news played on the television.

I asked him what was wrong and he simply said, “I don’t want there to be a war.”

The dead body of a soldier covered in snow, lying next to a large tank. An older man who looked like my dad, with blood on his face and arms. An older woman with a bandage around her head.

As a mother and a pediatrician, the images that affect me most involve the children. What struck me was the contrast of my life here with the images from across the world.

This week, I examined newborns, fresh from the womb and safely home with their parents. I had conversations about jaundice and the color of poop and recalled formulas.

Across the world, I saw a video of Ukrainian newborns, the most vulnerable among us, new enough or sick enough to need hospital care. The babies had been moved to a shelter and needed to be on ventilators. Instead, a caregiver sat on the floor, delivering breaths by hand with an ambu bag.

Here, this week was the kick-off for Rodeo Houston. Parents dressed their children in “Go Texan” gear. The kids smiled in boots and bandanas and cowboy hats and posed for photos for their family to see. Rodeo-themed festivities occurred across the city.

In Ukraine, parents dressed their kids in layers and coats, preparing them for bomb shelters or evacuation, not knowing if or when they would return home. I read a story about parents sending their elementary-aged children to school with stickers containing their identifying information and blood type. A positive. O negative. Age five.

Here, horse-drawn carriages and trail riders paraded into Houston to kick off the rodeo festivities. Everyone is happy to be getting back to normal after years of pandemic life. The 2020 rodeo shut-down was the first time many of us realized COVID was here and would affect us all.

Across the world, instead of rodeo trail riders, armored tanks and soldiers came into towns eliciting fear and despair. Bombs and air strikes could be heard exploding in the distance for some and closer for others.

Here, we gathered to celebrate my mom’s birthday. We ate lasagna, cake and ice cream. We laughed about the flat ice cream scoop and had a conversation over fresh tulips. We sang “Happy Birthday” and I was able to hug my mom tightly.

In Ukraine, I heard of another grandmother, unable to be with her family and too old to evacuate. Maybe she was able to FaceTime with her grandchildren in between the air raid sirens, trying to reassure them that she would be fine, perhaps unsure of that herself.

Here, in my pediatric office this week, parents tried to keep their infants and toddlers and children contained in the exam room as they waited for their turn to be seen. At the worst, they were there an hour and a half. They went home to their hot dinners and soft beds and happy, comfortable pets.

Across the world, I saw photos of other families trying to keep their infants and toddlers and children contained, but not in an exam room. They were in basements and bomb shelters and subway stations, with their pets in crates. Children sleeping in their jackets on concrete floors. Snacks from a cooler bag for dinner.

Here, as I shopped for groceries this week, I picked through six different kinds of apples. I purchased honeycrisp, gala, and pink ladies. Two gallons of milk and nitrite-free bacon.

Across the world, I saw photos of empty Ukrainian grocery store shelves. What do you feed your children when your stockpile is depleted? What food is available in a bomb shelter?

Here, families are reunited after a day at work, after a brief work trip, after a vacation away. Across the world, I saw photos of fathers and brothers and uncles who are staying behind, sobbing into the pink coats of their daughters and the embrace of their wives as they send them to evacuate to safety. Imagine that separation. Imagine not knowing if you would ever see your family again.

It is hard to see the images of war, and even harder to imagine yourself in the Ukrainian people’s shoes. But the images show our common humanity. There but for the grace of God go we. Seeing the photos and videos of Ukrainian families, any parent can feel the anguish from across the globe.

I know that all I can do is to pray for these people as their lives are torn apart. Here, my heart breaks to write about it. Across the world, hearts are breaking to live it. I’m sure the Ukrainian people, especially the children, feel the same as my son. “I don’t want there to be a war.”

Motivating and Supporting Your Child For Relief Volunteer Work – Why’s It Important?
A mother's powerlessness in the midst of a gun violence epidemic
Include Emergency Planning on Your Back-to-School Checklist
advertisement

Motivating and Supporting Your Child For Relief Volunteer Work – Why’s It Important?
A mother's powerlessness in the midst of a gun violence epidemic
Include Emergency Planning on Your Back-to-School Checklist