A Working Mom's Guide to Doing It All (Terribly)

Published by Becca Carnahan on October 16, 2018 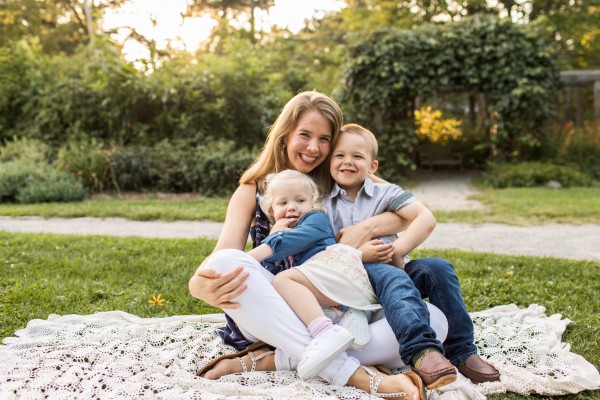 Working moms get this question a lot: “How do you do it all?”

It ALL. That’s daunting.

And for this working mom, I do “do it all.” But sometimes I’m doing it all TERRIBLY.

This past winter the bomb cyclone hit the Northeast. First off, can we take a pause to really appreciate “bomb cyclone”? I think technically this storm was called Winter Storm Grayson but no one called it that. Because how can you resist “bomb cyclone”? I guess the writer of Sharknado also has a degree in meteorology. Go figure.

As it turned out bomb cyclone was also just another name for how my toddlers chose to interact with the world that day.

Daycare was closed on the day of the storm and Glen and I both worked from home. I use that term a bit loosely because working from home with two toddlers also at home put me in the mood for a strongly poured mimosa by 8am. Sadly because “responsibility” I didn’t partake but I thought about it all day while racing between emails, data sets, and dealing with whatever in the world was on my daughter’s face.

I lost all of my chill on my son by 8:45am because his latest thing was to shout “NEVER!” when you asked him to do something horrible like “not throw a wooden block across the room near his sister’s skull.” I don’t remember exactly what I said as I placed him in the seldom used and much disdained 5 minute time out, but I’m pretty sure I remember asking him “what his deal was” in a not very nice tone. He’s two… His deal is that he is two and the vast majority of the time he is downright delightful. Pull it together, adult in the situation.

With the office work portion of the day, I had somehow managed to find myself up against three unique deadlines despite my sincerest efforts towards scheduling and planning ahead. So everyone I interacted with that day was getting the ole “yes, yes, I can have that to you by 1pm, maybe 6pm… how’s midnight?” Bless my coworkers’ hearts they were incredibly flexible and patient. And not in the Southern lady being mean way, like really bless their hearts. They’re awesome.

By dinner I thought my head might spin right off my body because my house was a straight up disaster, I hadn’t finished at least 45 work things, I had broken every arbitrarily imposed “screen time” rule, and I was about to serve dinner to a one year old. A one year old whose current dinner shtick was to shout “All Done!” three minutes into the meal and then either scream or throw her food up into the limits of our atmosphere when you ask her to try one bite of everything.

But you know what, we made it through dinner. My daughter actually very happily ate. And my son said “Mom, I almost didn’t like this dinner. But I do.” Which was great, because it was frozen french fries, but whatever that’s a win. And then my husband, ALSO bless his heart for real, came in from shoveling and whispered to me, “do you want to let the kids go outside for a few minutes before bath time?” Every part of me screamed “NOOOOOO!!!” but instead I said yes.

We all got bundled up and went out onto the deck into a foot of snow. After several days of cold weather that can best be described as “stupid cold”, it didn’t feel that bad out there. And the snow was that fluffy kind that seems not even to be sticking to itself somehow but piles up like a bed of feathers. When I dove into the snow with my kids I looked up at the sky as the snow continued to fall and felt like I was transported back to 1990. Lots has changed in 28 years, but snowflakes really haven’t. When they float down onto your face out in the dark it’s like fairy dust, glitter, and magic. I’ve overdone my similes here and I don’t even care. Being out there that night did something good for my soul.

That night after the kids went to sleep I dug out from snow, and emails, and toys, and random food wrappers (when did I buy Caramel Sea Salt Covered Raisins and when did kids get so fancy that they needed Caramel Sea Salt Covered Raisins?). There was a lot to do. I could have gone down a particularly sneaky hate spiral. But there was just something inherently good about that snow…

So I dug and dug and thought and thought and felt lighter and lighter. My kids had gone to bed smiling, there was a bottle of convenience store wine in the fridge that wasn’t half bad, the Caramel Sea Salt Covered Raisins were out of control delicious, and my work to-do list had somehow shrunk considerably. Nothing was Pinterest perfect, but you know what? I did it all.

And dadgummit, I had it all! (Insert clumsy curtsy here.)