Whenever anyone asks me how I was raised, I always answer, “As a nice Jewish boy.” From bris to bar-mitzvah, I’ve done it all. When I married my also-very-Jewish wife, Julie, the ceremony was done by a rabbi, under a chuppa, with the traditional shattering of stemware. Even today, our young son is currently enduring the coming-of-age torture ritual known colloquially to all in my tribe as “Hebrew school.” So when this year my family and I decided to try our hand at buying and decorating our first Christmas tree, it came as more than a bit of a shock to everyone. Including us.

First, allow me to back up and explain a couple of things: my family, which as I said is as Jewish as it gets, absolutely LOVES Christmas. Not for the religious aspect of it, but more the secular, “Ooh, look at the pretty lights!” “I love peppermint mochas!” “Hell yes, we’re going to watch all of the Rankin/Bass specials again!” Christmas. Yes, the time between Thanksgiving and New Years is truly sacred in our household. A time of blazing fireplaces and joyful holiday music and warm drinks made with cider and booze (okay, sometimes without the cider). We even put lights up every year. Granted, they’re blue and white lights, but they’re still lights. Our way of thinking is “Hey, we’re already going to be doing eight of them for Hanukkah — what’s a few thousand more?”

Even our careers touch on Christmas — I wrote a children's holiday book called “Shmelf the Hanukkah Elf” (available at Amazon and bookstores nationwide!) and my wife Julie is one of the more prolific writers of those Hallmark Christmas movies that every woman (and secretly, a TON of guys) love to watch at this special time of year.

So after years of visiting friends during the holidays and seeing their magnificently-decorated and beautifully-lit Christmas trees, this year it finally happened. Julie and I decided, “Maybe this is the year we could actually try doing a tree.” That being said, our hypocrisy only goes so far, and so we agreed to ourselves that if we were to do this, we would have to abide by certain conditions:

1) This will NOT be a Christmas tree — it will be a HOLIDAY tree. I rationalized that since the origin of the tannenbaum goes back to pagan vikings and the solstice and whatnot, then it doesn't technically have to be a “Christmas tree.” We already owned a huge collection of Disney ornaments (another obsession of ours for a different discussion…) that we currently display on a necklace rack, and so as long as we don’t have any angels or Christian iconography, we really wouldn't be breaking any rules. Right? Not that there are any actual written rules about having trees, but if God is Jewish... yeah, he’d probably have some rules.

2) There could be NO red and/or green lights on said tree. Blue and white. That’s it.

3) I wasn’t going to be going into the woods and chopping anything down. This didn’t have anything to do with religion, per se, but rather my aversion to actual “wilderness” activities. I’ve never been an outdoorsman. As I tell people: “We Jews wandered in the desert for 40 years. That’s enough camping for the next 2,000 generations or so.

So, with these Three Tree Commandments firmly in mind, we decided to jump in with both feet and get a top-of-the-line artificial tree. To decorate it, Julie scoured the internet to find the best LED lights and filler ornaments, and soon we had boxes of decorations sitting in our dining room, a holiday staging area just waiting to be deployed.

When the tree arrived, I was impressed. I mean, this thing was so lifelike, all green and piney and — in so many pieces. See, I didn’t know there was assembly required. An assembly so painful that halfway through I was considering if it might just have been easier to grow an actual pine tree from scratch. Speaking of scratch, I quickly found out that if something looks that much like a pine tree, chances are that it would feel like a pine tree. And as it turns out, artificial pine needles scratch the crap out of you just as nicely as real ones.

Still, I persisted. After 30 minutes, I had slid all of the pieces into place, and carefully arranged the branches like so... and voila! I called my family over, proudly raised one horribly lacerated arm - mauled by a thousand tiny acrylic samurai swords masquerading as festive foliage — and presented our first Chris — er, Holiday tree. That was when Julie told me that now we needed to “fluff the branches,” so as to make it look fuller and cover up any spots we could see through. Okay. Little did I know that such an innocuous-sounding task would set off one of the BIGGEST fights we have had in our entire 18-year marriage.

So we spread and we fluffed and bent and ruffled, teasing the tree’s faux branches out to their limits like circa-1968 hairdressers. Within minutes, we were screaming at each other about new spots that had opened up, criticizing individual fluffing techniques, arguing about the overall shape of the tree and debating whether Truman should have fired MacArthur for crossing the 38th parallel (I’m actually not 100% sure about that last one, but to be fair, there was a LOT of yelling going on). It got so bad that I stormed out of the room. I have never stormed out of a room in my life.

At last, tensions lessened and the tree was looking as good as it was going to get. Now came the part we were looking forward to the most: the decorating. All of our bleeding and cursing and fighting would be worth it just to see the glory of our Holiday Tree. I took our first string of lights and began winding it through the tree, artfully weaving around the branches, picturing how beautiful it would look once I finally pressed the button. And when that moment finally came, there was a fantastic.... nothing. Not even a comical zap with a small puff of smoke rising from the tree. See, that would have been something. This was... bubkes.

This is where I discovered that taking lights off of a tree isn’t quite as much fun as putting them on. Especially when through some mystical yuletide elf magic they seemingly melded together inside the tree to become this monstrous Gordian knot of plastic, glass and copper wire. Another 40 minutes and 20 new slashes across my forearms, and I located the problem: one of the wires was cut in half. Not torn, not twisted — but what looked to be a clean cut. Suddenly, as we stared at the tree sitting in the corner of our family room, 5,000 years of collective Jewish guilt slammed down on top of us like Judah Maccabee’s hammer. At this point Julie, my son and I looked at our Ordeal of the Tree and realized that maybe this isn’t just our utter ineptitude at play here. Maybe a certain Old Testament deity is personally intervening and telling us to rethink our present course of action. Like maybe he does have rules....

Within the next hour, the tree was disassembled, reboxed and ready for UPS (we considered the return shipping fees our penance for straying). So what did this Nice Jewish Family learn from our little experiment? Well, we learned that there’s no such thing as a “holiday tree” — that’s stupid. It’s a Christmas tree. We learned that putting up a Christmas tree is a learned skill that you can only achieve if you’ve been doing it since you were a child, like gymnastics or enjoying gefilte fish. We learned that we can be Jewish, also love Christmas, and still accept that maybe there are some lines you just shouldn’t cross. And we learned that a rustic ladder can be used to display an ornament collection without incurring G-d’s heavenly wrath. 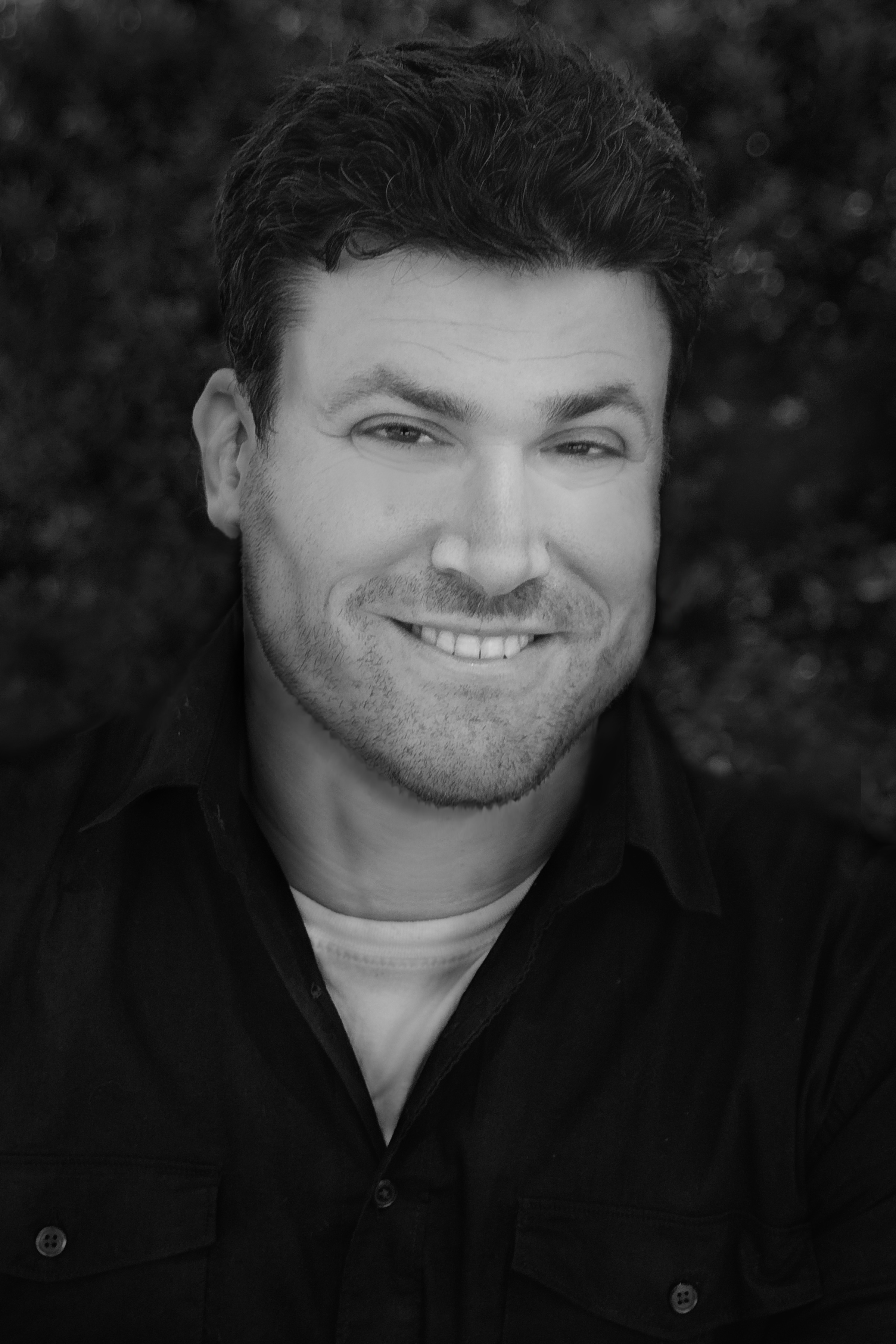 I’m a teacher, an author, a husband and a father — not necessarily in that order. My most recent book is “Shmelf the Hanukkah Elf” an ode to my son to show him that Santa loves Jewish kids too.

The Magic Goes On
Embrace the pandemonium: Christmas through a child's eyes
Why The Holidays Are Bittersweet For Grieving Parents
advertisement

The Magic Goes On
Embrace the pandemonium: Christmas through a child's eyes
Why The Holidays Are Bittersweet For Grieving Parents