A Very Big Table for Autism

Published by Carrie Cariello on September 5, 2017

I saw you the other night, and I know you saw us. You know, when you looked at my son Jack jumping and hopping all over the restaurant. You looked at him quickly and then you dropped your eyes really fast to your menu.

Listen, I get it. I really do. He had chocolate frosting all down the front of his shirt because he’d baked a cake that afternoon, and he was muttering to himself like a madman. He was, as we say in our family, on edge.

Trust me, you aren’t the first person to do the look-quickly-avert-your-eyes-when-you-saw-him-thing. It has happened at least one million forty-two thousand times since my son was born.

But for some reason, today it made me sad. Maybe it was since we’d had a long afternoon. See, he found my car keys and tried to start the car because he was worried he didn’t have enough chocolate frosting for his cake and I barely caught him as he was walking out the door with the keys clutched in his fist.

Maybe that’s why my heart sank. Maybe not.

The thing is, my son is invisible. People see him and then they look down and they shuffle their feet and clear their throat because he makes them uncomfortable. A tiny part of them — the part no one would ever admit in the light of day — wishes he would go away so they didn’t have to look at him.

He is a boy best forgotten.

Again, I get it. He is loud. He is intrusive. He flaps and he makes these clicking noises with his tongue that make me crazy, and I’m his mother and I’m supposed to love everything about him.

Autism has never been a secret in our house — as a family, we talk about it almost every day. We tell Jack that his autism is as much a part of him as his blue eyes, and the freckles on his leg. We remind him when the spectrum disorder is making his brain think about Disney movies too much, when he should be thinking about riding his bike.

I mean, how can I deny it? How can I deny something that is so precious — so tender and complicated and maddening and endearing about our son?

We see it, we live it, we breathe it.

You know, if I could, I would invite you and your kids and your parents and your aunts and uncles and cousins all over for dinner one night.

I would invite the mailman and the librarian and the customs officer at the airport.

Cab drivers, and teachers, and bloggers, and nuclear engineers.

Muslims, and Christians, and people from Pakistan and Australia and Zimbabwe.

I would invite the whole world.

I would get a really long table and all the chairs I could find, and I would set out plates and napkins. Together, we would all sit, and at this table you would see him and hear him and know him.

You would see how hard he concentrates to fill the milk glasses, and the way he bites his bottom lip so he doesn’t spill.

You would hear him laugh really softly to himself when his older brother imitates Shaggy from Scooby-Doo, because Jack loves Scooby-Doo.

You would know he is loved.

Best of all, you would realize he has autism and it’s really not a big deal and you don’t have to be nervous or uncomfortable or anything.

Talking and laughing and sitting together, we would set a table that is wide with compassion, and long in forgiveness, and full of hope.

I like to think of it as Jack’s table, but it’s really autism’s table — or a table for anyone who is quirky, or scared, or unusual, or invisible.

The problem is, I can’t do that. I can’t have the whole entire world over because it isn’t practical. Not everyone would fit in our house and I have no idea how to cook for that many people. Plus my dishwasher is not that big and cleaning up would take me forever.

There are, however, other ways to set autism’s table.

Read an article. Follow a blog. Check a book out of the library.

Watch the HBO movie about the life of Temple Grandin. It’s really good and it has Claire Danes in it.

Run a 5K for autism awareness or donate money to an organization for service dogs because service dogs keep a lot of people with autism safe.

Ask about the difference between Asperger’s Syndrome and Autism Spectrum Disorder.

Ask about the cost of services, and if there are adult programs.

Hire someone who thinks differently than you do.

If you see a short bus pass by, smile, and wave.

If you go to a high school graduation, clap loudly for every single student when they accept their diploma, because you never know how hard some of them worked for their place on the stage.

If you coach baseball, make sure everyone plays a little each game, because running onto the field is just as important to some kids as catching a fly ball.

Put yourself in other people’s shoes.

Try not to judge the tantrum in the mall.

Don’t assume every person with autism is a math whiz who can memorize long strings of numbers and make lots of money in Las Vegas.

Don’t assume every person with autism will bag you groceries one day.

Don’t assume that every person with autism hates tags, or loves Kmart like Rain Man.

Wherever you go, wherever you are, don’t be afraid to stand up for the underdog. They need you.

If you see a tall boy and his family eating in a restaurant, stop by, and say hello.

Tell your kids about him.

Tell your aunts and your uncles and your cousins and your mailman. Tell the librarian. Tell them all about the way he looked sideways at you when asked his name, and after a very long moment, in his halting voice, he spoke. 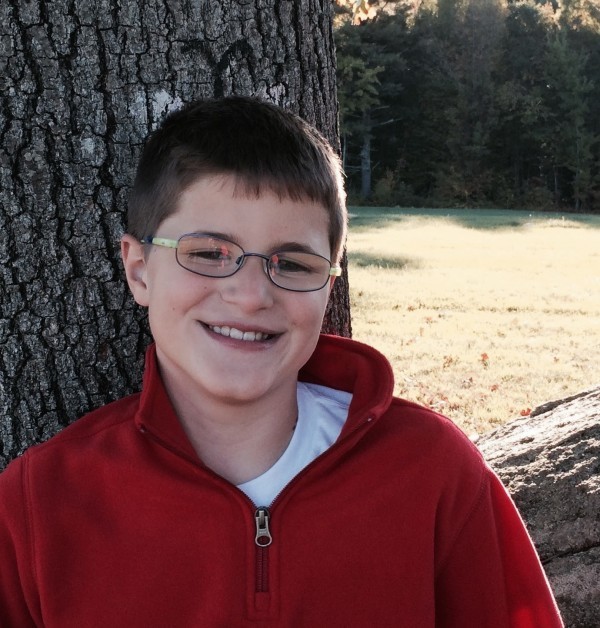 Our Own Field of Dreams
Please, Don't Judge Me
Life, Without Apology
advertisement

Our Own Field of Dreams
Please, Don't Judge Me
Life, Without Apology