My husband and I were married in 2013 and had always dreamed of becoming parents. After marriage we immediately decided that we wanted to start a family and so, we started trying to make that happen. Months and after months went by with negative after another dreadful negative showing on those expensive pregnancy tests and after a year of trying, I decided to seek medical help. My doctor put me on the standard medicine that has shown some success in helping couples conceive but after several months, there was still no change and so we stepped it up a bit and tried this tiny little pill called, Clomid. Clomid was, in my mind, supposed to be a miracle drug to help me become the mommy that I so longed to be. After our first dose of clomid, a new expensive test was added to test for ovulation, and then the most terrible side effects ever. I was the meanest person that I had ever known and I didn't know how to control it. Looking back now, I wonder how my husband continued to come home everyday supporting the devil inside me, Clomid.

Five months had went by and we decided that we needed more help conceiving and so we tried an IUI, intrauterine insemination, not IVF, as some people have asked me. After that first IUI, we learned that it did not work and I was not pregnant. I was devastated. I had given up all hope of becoming a mommy and had decided that I was finished trying. I was emotionally, physically, and mentally exhausted and didn't see how I could continue. Then, month six came around. I told my husband I was finished, and didn't have the energy to continue trying to make this happen. He convinced me to try one more time and if this too was a failure, we would table the baby talk and just relax and take a vacation from this emotional job. So, the time came, an IUI was scheduled again and three weeks later, I saw those 2 pink lines that I had prayed for and dreamed about for the last 2 years. I still get so emotional thinking about it. We were extatic! I called my doctor and told them the news and went in for immediate blood work and they scheduled an ultrasound and first prenatal appointment for us.

Those two long weeks went by so slow. I couldn't wait to get to that appointment go have an ultrasound. This was new territory for us. As we entered the dark room we were greeted by the tech and prepared for the ultrasound. Wow! What an exciting moment! As we sat there, the tech said absolutely nothing, nothing! I began to worry and asked if everything was okay. She assured me that things looked fine and then stated that she saw three. My husband and I looked at each other in shock and said, "What!?" She assured us that she saw three sacs and congratulated us on this HUGE news. After our ultrasound, we immediately went for our prenatal appointment with the doctor who was absolutely amazing. My doctors were our saving grace through this entire process and now, we were all experiencing a miracle. I was told about the risks and what could happen, what might happen, and what will happen and this process was really here and we were in for a ride.

35 weeks was my goal. 35 weeks to let my babies "cook" as long as they possibly could no matter the pain that I was in, 35 weeks. 33 weeks and 5 days came and I needed an emergency c-section due to preeclampsia. This was the first time that a NICU stay became real in my mind. 35 weeks we had a higher chance of no NICU and I was determined that my babies would be doing so well that we wouldn't need a NICU stay. Unfortunately, that was not the case. My girls, all three of them, came out healthy and all weighing right at and just shy of 4 pounds. What a blessing! Although, my girls had just been born, I still do not think I could comprehend what was about to happen as we ventured into this new stage of our life, parenthood and parenthood in a NICU.

I was in recovery and my husband came back and said "they are perfect." I couldn't wait to see them. Before I was placed of magnesium for my blood pressure, I was able to go to the NICU to see my three miracles. I couldn't breathe and all I could do was cry. These little babies were hooked up to wires, in isolets, and so many beeping machines. The nurses assured me that they were doing well and that they were strong.

We spent 10 days in the NICU. We had their schedules down to a science and we were there with the babies for the entire day, everyday. We were so grateful for our nurses. They were absolutely amazing and would care for my babies while I was away. There is no worse feeling in the world than that feeling on the day that you have to leave your babies and go home. That day will forever be written in my mind. I was devastated. I knew my girls were where they needed to be so that they could grow and come home but I didn't want to leave them. That car ride home was so emotional and all I could do was count down the hours until I got to come back to see them. I still get so emotional thinking back to that day, day 5 postpartum, discharged with no babies, heartbreak!

There were so many ups and downs over those 10 days. We learned how to change their diapers while not pulling off any leads, and how to hold them and keeping them warm to keep their body temperature up at an acceptable level. We learned how to burp them and how to remove them from their Isolets. We learned about their daily goals of how many CCs they needed to eat at each feeding, their bilirubin levels, heel sticks, photo therapy, etc. At this point, the breast pump was my best friend. I just needed to get as much milk as possible to make them stronger! Breastfeeding was a challenge for preemies and NICU babies but somehow, it all worked out.

We loved our time with our girls. We did have some emotional times when one needed a feeding tube or they would change their IVs and need us to step out for the procedure, how emotional to come back in and see an IV in your child's head. We would visit sometimes and be told that we couldn't hold one of our babies on a certain day because she wasn't holding her body temperature well, do you know devastated I was to be told that I can't hold my child? I couldn't wait for this phase to be completed so that we could enjoy our babies at home.

After 10 long days, we were excited to find out that all three of our girls would be going home together. October 16, 2015 my girls were officially breaking out of the NICU and had graduated. I will forever be grateful to my doctors and to those NICU nurses that took such great care of my three little miracles. Thank you for all that you've done for my family, Thank you! 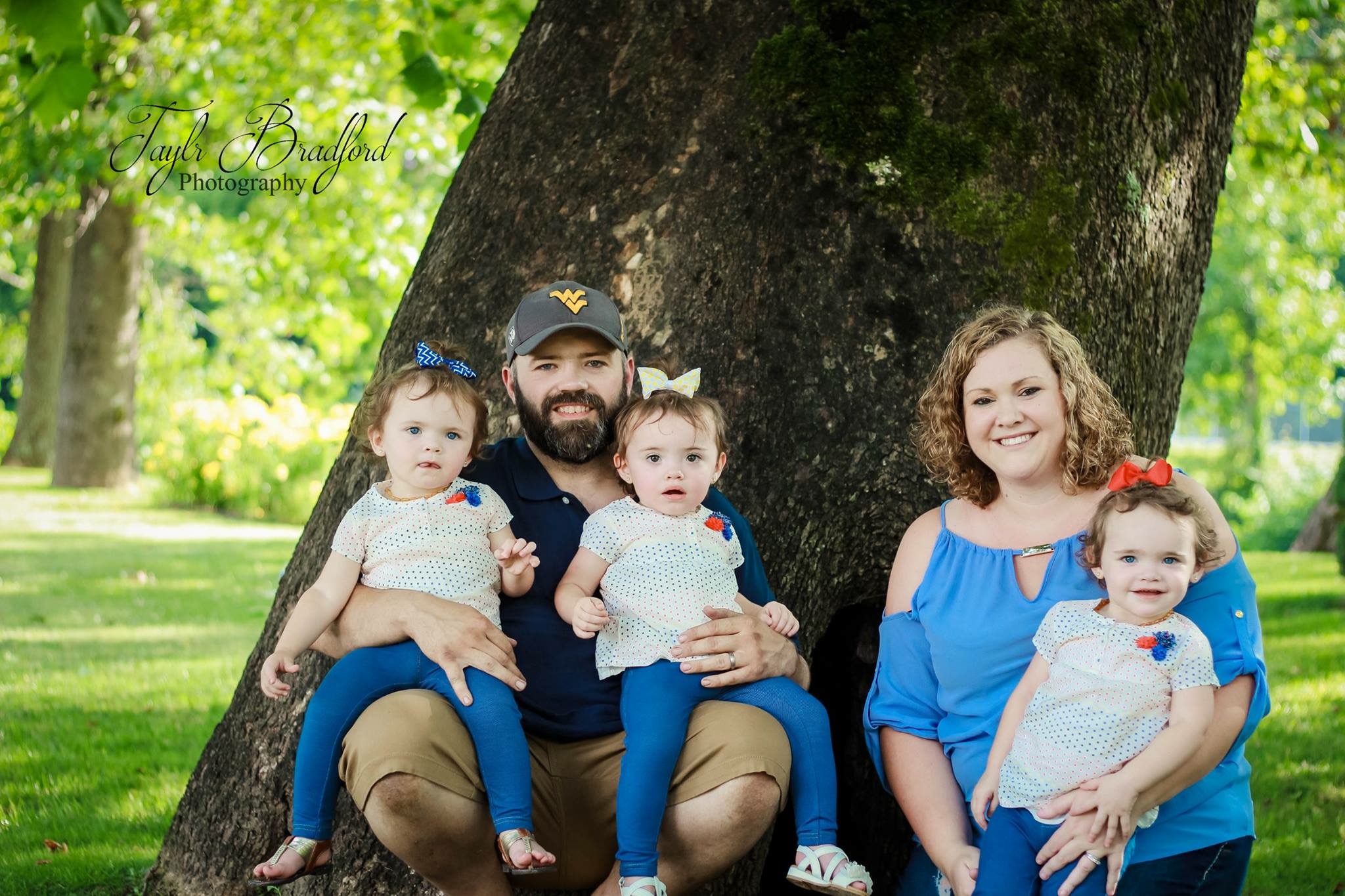 Wife and mother of triplet girls.