A mother's mistakes do not define her

I yelled today, like, really yelled. Not just my typical raised-voice yelling, but the kind that caused my child’s face to fall, reducing him to tears.

I could blame it on a week overflowing with inconvenience.

I could blame it on a to-do list that keeps growing.

I could blame in on the toddler who was the target of my shrieking. His continued disobedience. His blatant disregard for my instruction. His destructive tendencies.

Or I could rise above my faults and take responsibility. Admit my wrongdoing. Apologize. Ask for forgiveness. Acknowledge that I’m still learning – and always will be. Accept that I will never be a perfect mother. And move forward in grace. 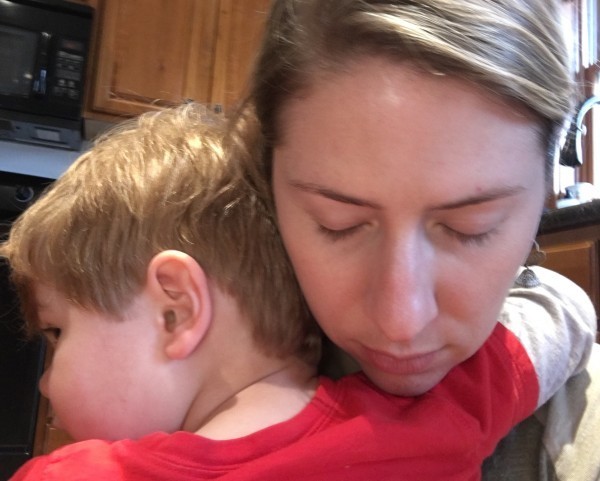 Sometimes I feel like life gets in the way of the person I want to be, the mother I want to be. The responsibility of it all is overwhelming. So often, the day’s agenda is out of my control, despite the care I take in planning and scheduling. The inconveniences, the ever growing to-dos, the kids being kids – it’s all so defeating. There is no catching up and the illusion of anything ever actually be completed is laughable.

But while there will always be times when I get tangled up in a web of sticky emotion, unable to break free, there will also always be room for grace and forgiveness and second (or third, or fourth) chances.

The mistakes from today do not define tomorrow. Nor do they define me.

And that is good news for every mother, who, like me, stumbles through the magnificent calling that is motherhood.

Second Chances - Teaching Children About Forgiveness
After 21 years of motherhood, here's what I know
I learned that it is very important to be human and make mistakes.
advertisement

Second Chances - Teaching Children About Forgiveness
After 21 years of motherhood, here's what I know
I learned that it is very important to be human and make mistakes.