A love letter to my minivan: Miles, memories and a little melancholy 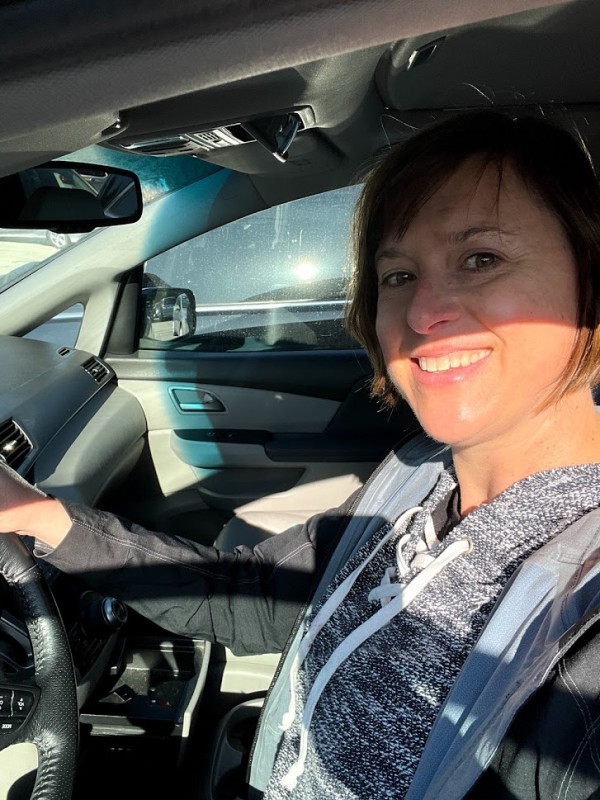 Minivan, swagger wagon, mom’s car, kid taxi, family mobile – no matter what you call it, a long, long time ago, I swore that I’d never buy one. However, that promise only lasted as long as it took for child #2 to be on the way. I felt like what coolness I had (limited as it was) was gone once I turned in my SUV for the minivan. Practicality won out — remote control doors, a DVD player for the second row, low to the ground for short legs, and a crazy amount of cargo space. I could put a Costco haul and stroller in it at the same time.

But something happened while cruising around in my Odyssey. The resignation of having to drive the van turned into feeling like it was a mom badge of honor to ferry my kids all over town. I had wanted to be a mom for a really long time (years of infertility combined with a 4-year struggle to adopt) that I started driving it around with pride, and maybe even a little bit of joy. In the early days of having my minivan, I’d be a little wistful when I’d see it in the Target parking lot. If my $200 worth of diapers, Go Gurts, and hand wipes didn’t make me remember that I had two little boys at home, my car reminded me that my dream of having kids was reality.

My husband was skeptical of the purchase at first. I think he was also clinging to the idea that his cool dad status would be revoked. The fact that his sporty little car was being traded in for this monstrosity probably didn’t help either. But it was merely weeks before I had converted him to loving this vehicle. “It handles really well.” Uhh…huh… So began a beautiful relationship of almost nine years between me and my Honda Odyssey.

More than just a minivan - a memory maker

She safely carried my family of four more than 132,000 miles – from my son’s first car ride in the U.S., to countless routes to school and work, to visits to family and friends, and everything in between.

One of the best things about her was her ability to help us have epic road trips. Whether it was crossing town to a new playground or traversing a thousand miles to the beach, she delivered us to some great destinations and was the catalyst for many, many memories.

A drive along the famous, curvy Tail of the Dragon US 129 in the Smokey Mountains, known as one of the world’s best motorcycling and sports car touring roads, was particularly fun. Our minivan shared the road with a bunch of bikers who gave us a nod and a smile while passing on the left. Photographers strategically placed on tight turns to catch riders angling their bikes graciously took our picture as we waved out the window. We completely ignored how uncool we were as we lumbered around the curves. 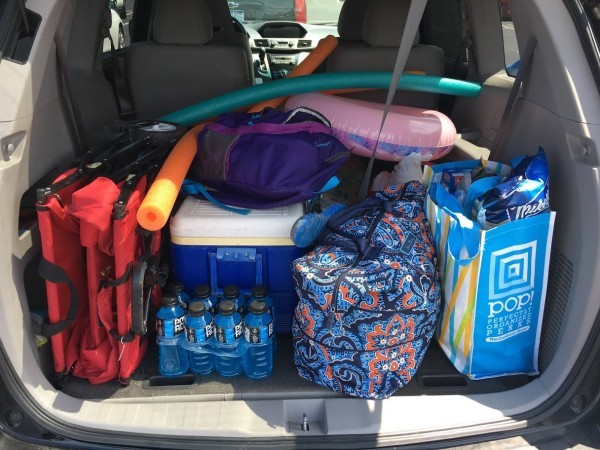 On trips, she helped my kids check off new states as we’d cross their borders and pass Welcome To signs. She was the site of hundreds of games of I Spy, 20 Questions (“Mom, you did Chewbacca the last time we played!”), the Category Game, Auto Bingo and several others that we made up on the fly.

A place we could unwind

My car was not just a constant companion and travel enabler, but a sanctuary. I spent hours with her sitting in car pool lines or waiting during practices, listening to NPR or my Sister Hazel CDs, enjoying a little “me” time.

She was the home of frustrations and achievements and was often a refuge after a bad day at school or a challenging volleyball game. But was also a place for celebration (and lots of ice cream cones) after someone aced a test or leveled up in Tae Kwon Do or swim lessons.

Milestones were met in the minivan, too. Whether it was going from car seats, to booster seats, to bum on seat, or finally being able to reach the play button on the DVD player, the car measured growth and achievement. One of my sons had a terrible time learning to buckle and unbuckle the seat belt on his own, but triumph prevailed in the minivan once he could do it successfully. It was a monumental moment when I no longer had to buckle him in for more than one reason.

Lots of discussions took place and life lessons were learned in our car. It was a safe space, a haven, for having one-on-one time with my boys and often gave us an opportunity to talk about difficult subjects or things that were bothering us. One of the first discussions about where babies come from gave birth while driving in my Odyssey. The realization that a friend was being unkind and how to deal with it came to light. Often, after listening to a news story on the radio, more timely and relevant conversations about COVID-19, equality, and endangered species cropped up.

Our minivan was often a party in and of herself. We often filled her with six to seven kids driving to volleyball games and birthday parties, turning her into a radio blaring, busting-a-move-from-the-waist-up, karaoke bar. The giggles of boys from burps and toots (“Roll down the windows!”), while not pleasant to smell, was another blatant reminder of motherhood that made me smile or laugh along with them. 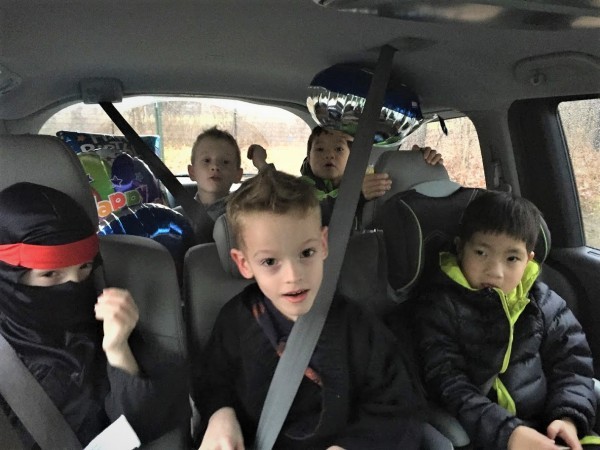 During COVID-19 and social distancing, our car sat dormant for many weeks. But, we found ways to use her to re-connect with friends and family by driving by houses and waving or staying safely in the car while shouting to loved ones on their porches. We have parked the minivan at drive-up restaurants and have taste tested our way around the state of Indiana in search of the best fried food and ice cream, creating some fun memories (and maybe a few extra pounds) out of a crappy several months.

I wanted us to part ways on different terms in another six months or so, but it wasn’t meant to be. Another car smacked the back-end of my minivan and prematurely ended our nine-year relationship.

Amid the french fries and Cheetos forever wedged down the crevices of the seats, I felt a little silly shedding a few tears and even sillier that I said, “Goodbye” to my car as I cleaned out rain ponchos, sunglasses and the boys’ Star Wars and Disney DVDs. Sure, it makes sense to feel that way after reminiscing about all of the good times that we were afforded by the minivan. But, I know it was also about the fact that my family has grown up enough to not need one anymore.

The car seats and booster seats are long gone (although the packets of hand wipes are still there). Hours of listening to The Wheels on the Bus, Do-Re-Mi, and the ABC song have been replaced by Bruno Mars and ABBA (thanks to my younger son’s love for the 70’s band). High school is on the horizon; voices have deepened; and those short legs, which once had a hard time of getting in and out of the mom mobile, have grown longer.

For me, one of the most “mom” moments of appreciation was glancing up at my rearview mirror at my kids in napping in their car seats or happily watching a movie on the entertainment system. And I can still do this in my new car, so we will build a new relationship and new memories. But I’ll be forever grateful for my minivan. 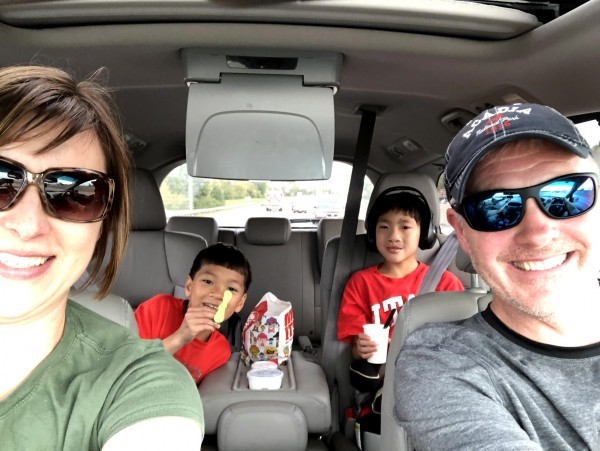 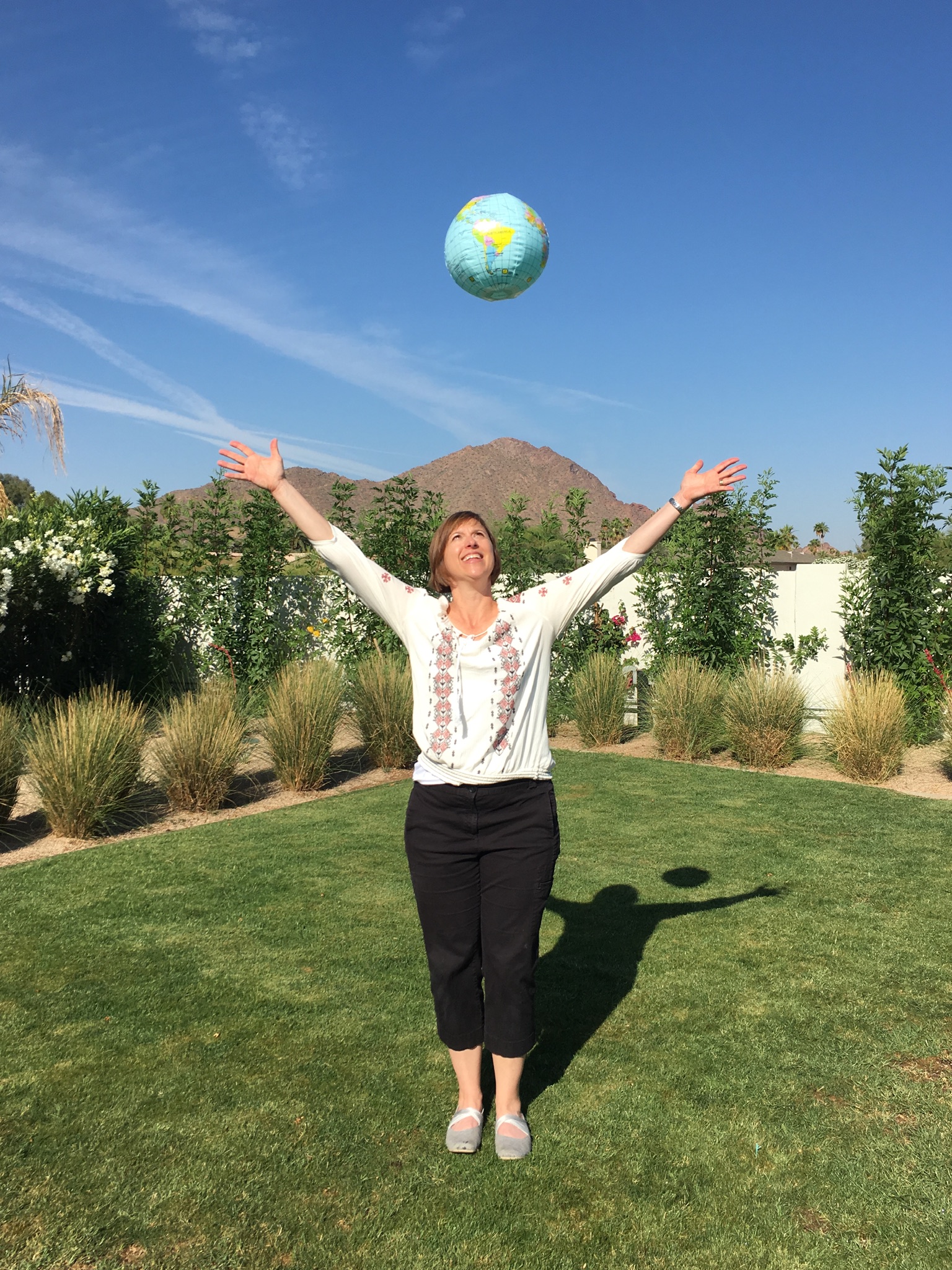 I take my kids everywhere - both around the world and roaming close to our home in Indianapolis. I write tips and tricks for traveling with kids and destination pieces at www.mapsmemoriesandmotherhood.com, www.kidtripster.com and other publications and have been quoted in Self and Redbook magazines. I am also a contributor to the recently published Bradt travel guide, Kidding Around. Exposing kids to the wonders of travel, new cultures, and different places broadens their minds, opens their hearts and fulfills their souls.

(Mostly) Leaving the Minivan Life Behind
Surviving the Family Road Trip
Tips from a 4,169 mile road trip with 4 little kids