A Journey of Hope: Hospital residents no more - two years of miracles

Published by Jennifer Thomas1 on November 10, 2017 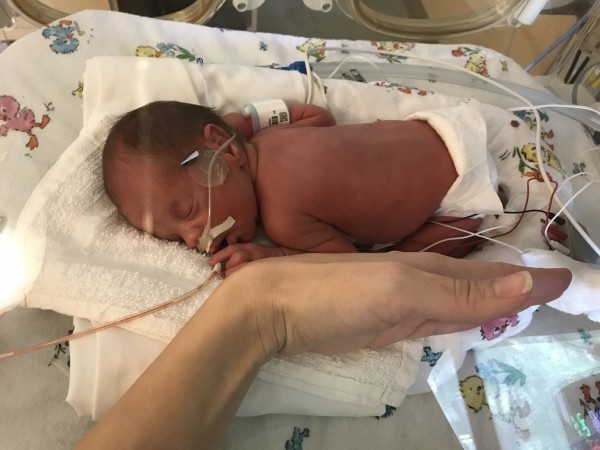 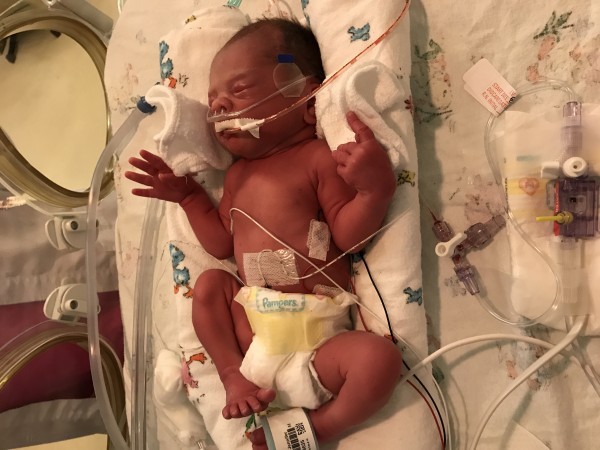 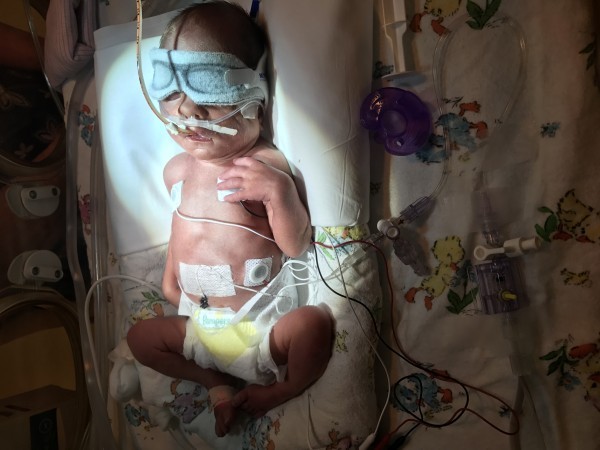 Our journey of hope began long before we even knew we were pregnant. Jan 2017 my husband and I decided we were ready to try to expand our family. I so had my hopes on baby #2 as I could not wait to give our older son a sibling. In April 2017, my husband was diagnosed with cancer. Our hearts were shattered. Pregnancy was on hold and now we were looking at months of hospital stays and chemo. My husband spent 6 days in the hospital every 2 weeks for his chemo treatments which lasted 6 months.

Fast forward to 2018- my husbands cancer is gone and he is in full remission. We elected to use his frozen sperm and do IUI to get pregnant as we felt this was most safe following his chemo. I was pregnant on our first attempt. 5 weeks pregnant the fertility doc told me to expect to miscarry because my levels were low and they though they saw a hemorrhage on my ultrasound. I chose to not believe this news as I felt every bit of pregnant and knew after all we had been though last year, God had a happy rod ahead for us.

Thankfully baby kept growing; he was right on track and we started feeling more comfortable once I hit 12 weeks. At 15 weeks, I stood up and blood started gushing out of me. I thought for sure I was having a miscarriage. My husband rushed me to the hospital where we heard the best sound ever- our baby’s heart beat and saw a happy baby swimming around in my uterus on the ultrasound. I was on bedrest for 48 hours and the bleeding eventually stopped. I continued to take it easy however two weeks later, I started bleeding again I bled for the majority of my pregnancy, and when I say bled, I mean gushed blood. When we hit 24 weeks, we sighed another sigh of relief- we made it to viability. At 24 weeks and 5 days, I was sitting at my desk working and my water broke. What??? How could this be?!? My husband rushed me yet again to the hospital; thus was our fifth trip so far this pregnancy and unfortunately was our final. I was admitted to the hospital due to premature ruptured membranes and put on bedrest.

I remained in the hospital for almost 6 weeks. My husband and i were yet again having flash backs of the year prior except this time our roles were reverse, and I could not come home. During my hospital stay, I had many scares but we made it to 30 weeks where my body decided to go into labor. My husband and i knew what road was ahead from here: a new preemie baby will be born at 30 weeks gestation and will now be a future short term resident in the nicu. Thankfully, being on bedrest in the hospital, I was able to mentally prepare myself for this road as a nicu mom. I have an older son who was 2.5 at the time; his pregnancy and birth were all so normal. I struggled with knowing I was being stripped of a normal pregnancy and hints were going to be so different with this baby. Things I had to accept- my baby would be taken away and evaluated immediately after having him, I may end up with an emergency c section instead of getting to have a normal vaginally delivery like I did with my first, i would not get to hold him for who knows how long after he’s born, no immediate skin to skin, my life would now consist of pumping instead of breastfeeding, would my body respond well to the pump?, how much will he weigh when he’s born, will he need to be intimated?, surfactant?, how will I leave the hospital without my baby after he’s born? All these things went through my head.

At 2:51 am on aug 21, our sweet baby boy entered this world crying with a head full of hair! He was 3 lbs 11 oz and 30 weeks 1 day gestation. He went straight to the nicu and was evaluated. The neonatologist came into my birthing room about 4 hours later to inform me he was doing great and on 6 L of vapotherm oxygen. We got to see our baby boy for the first time about 5 hours after he was born. There he laid in his isolate, oxygen in his nose, feeding tube down his throat, two Ivs in his belly button, heart monitor wires everywhere.

6 days after he was born I was able to finally hold him for the first time. As a nicu mom, you’re consumed with so much guilt. You feel like you’ve failed your baby every time you leave knowing they should still be inside you, even though you know there was nothing else you could have done differently. I needed to spend time with my older son, as I had already been away from him so much throughout my entire hospital stay but then i felt such guilt not spending more time at the nicu.

The days went by so slow. Thankfully our son progressed really well. He gained weight each day and eventually weaned off his oxygen after 2 weeks. I went everyday and held him as long as they would let me- they called it “kangarooing” where you could do skin to skin with your baby. I pumped around the clock. Every three hours I was up in the night pumping . It was like I was living the newborn schedule without having the actual newborn to care for. I missed my baby boy all the time. We would go places as our family of 3 and it get so weird not having our new son with us. I had the postpartum body without the baby.

After 5 weeks of being at the nicu, baby boy started working on taking a bottle. All he needed was to start taking bottles and once he was able to master all his feedings by bottle, he would be cleared to come home. At 35 weeks and 5 days old, our sweet boy was discharged from the nicu and was able to join us at home. His homecoming was the sweetest day ever and we are so thankful for our little blessing from above.

Rainbow Baby
The One Thing Every NICU Mom Needs to Hear
Just when you thought the NICU journey was over..
advertisement

Rainbow Baby
The One Thing Every NICU Mom Needs to Hear
Just when you thought the NICU journey was over..