A Christmas Miracle for Our Twins Fighting Cancer

Published by Maryann Oakley on December 19, 2021

I am the proud mother of 3 year old twin girls, Ella and Eve, both of whom are fighting a rare aggressive cancer. They have been in and out of the hospital since birth. And to this day, they remain on their cancer journey, fighting with all of their might.

I am whole heartedly sharing an act of kindness that is currently taking place for our twins. It is fitting for the Christmas Season. We are a small community and reside about 3 hours away from NYC. At 10 days old, Eve became very lethargic and stopped eating. We rushed her to our local hospital where she rapidly began to deteriorate. After many tests, it was discovered that she had a severely twisted bowel known as a volvulus. She was sent into emergency surgery where a portion of her intestines were removed and brought forward where an ostomy bag was then placed. She then went into cardiac arrest, experienced seizures, her organs were failing, and she was placed on life support. While on life support, a cloud was located within her eyes and she was then diagnosed with an aggressive cancer known as Retinoblastoma. We then knew we had to get her twin sister, Ella, examined immediately. Days later, she too was diagnosed with cancer. Both, are now fighting for their lives. Eve would remain inpatient for 6 long months, while Ella received her treatment outpatients. There were so many twists, turns, ups, and downs. Eve had an allergic reaction to the chemotherapy, we almost lost her yet again. She then contracted 3 deadly infections which also almost claimed her life. The devastating news, Ella and Eve are still both fighting to this day. They both still have tumors in their eyes and they are at risk of it spreading to the brain. This would then be fatal for them. We have a long road ahead. That is just a glimpse of our story. We do not take a day for granted, as tomorrow is not promised. Which brings me to why I am writing, to share selflessness of others. There is a man, not far from our home, who is doing everything he can to raise money for our family during the Christmas Season. I have not been able to return to work, as I care for Ella and Eve and make sure their medical needs are met. My husband works 27/7 to keep our family afloat while our only two children fight cancer together. We had never met this gentleman, until recently. He decorates his home in elaborate lights. I mean, they are spectacular. And he places a donation box outside of his home. He is trying to raise money for Ella and Eve. The light display is known as The Kolak Christmas Light Show (it can be found on facebook). He has been doing this for many years, helping families in situations such as ours. And, he is 70 years old. He is Ella and Eve’s Santa Clause this year, and he is my husband and I’s miracle. We are in awe of this man's commitment. Kevin, of the light show, feels as though he could’ve done better each year. We are grateful if he only raises a dollar. I know how much Kevin is committed to this, so I thought I would share his genuine story and ours as well. Maybe by sharing, it will reach people all over, and the light display audience and supporters will only grow each year. Maybe it will help to inspire others who are going through situations similar to ours. Maybe others will see the Christmas Miracle that is occurring with our hearts.

Ella and Eve actually just had sedated cancer scans this week. We never take a moment for granted, as their futures are uncertain. I also have a FaceBook Page documenting our twins fight @OakleyTwinsJourney and have stories about the Light Show. 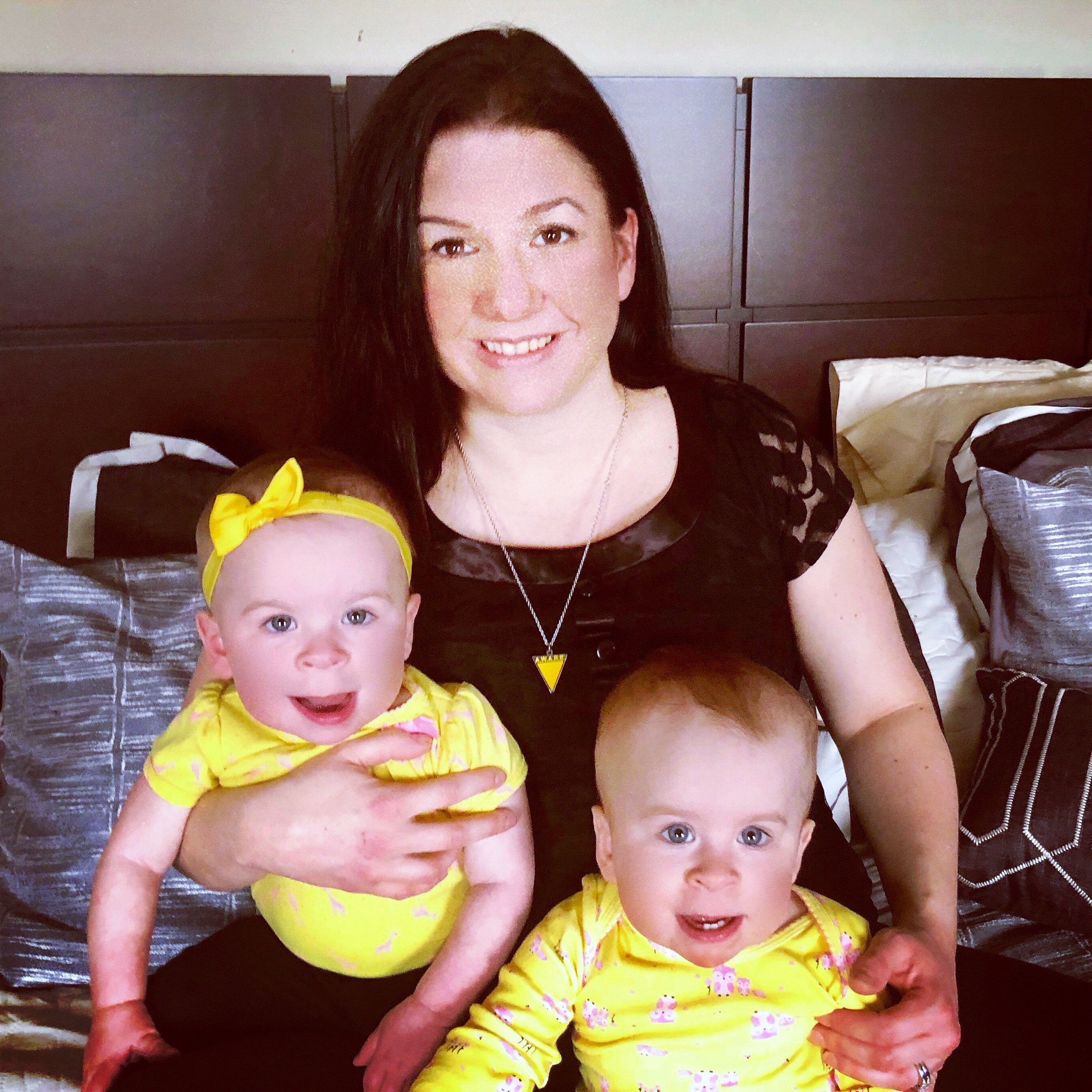 Proud mom raising twins, Ella and Eve. Both girls were diagnosed with cancer at just 1 month old. They are still on their cancer journey, but remain brave and courageous

Our twins’ cancer versus a pandemic
Our Twins Have Cancer, Diagnosed at 1 Month Old
NICU Life: Our twins diagnosed with cancer at just 1 month old.
advertisement

Our twins’ cancer versus a pandemic
Our Twins Have Cancer, Diagnosed at 1 Month Old
NICU Life: Our twins diagnosed with cancer at just 1 month old.