A Case Against Childproofing.

American mother Debra Ollivier gave birth to her first child in Paris. When her baby reached the age of mobility, she shares, “I baby-proofed our apartment with rubber edge liners, covers on electrical sockets, latches on windows, locks on drawers and toilet seat guards… my French neighbor Genevieve took one look at our place and said: Your apartment looks like a psych ward.” 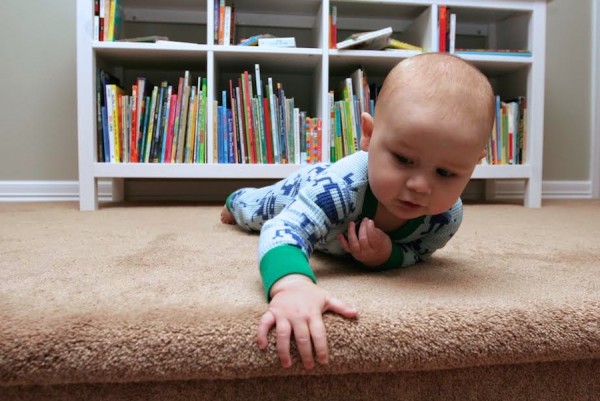 {Hmm…I wonder what’s down there?}

When did American homes begin to bear some semblance to psychiatric institutions? When did the five-point harness become the norm for high chairs? And when did we decide it would be better to blockade the buttons on the television than to teach our children what it means when parents say “no”?

We childproof out of fear. But we also childproof because it makes life easier. In previous generations, childproofing was used to keep children safe from life-threatening danger. This still holds true. Today, the childproofing industry has expanded to create products that prevent every possible bump and bruise.

As protective, caring mothers, we have a tendency to let fear drive our decision-making processes. The “better safe than sorry” principle holds strong in many homes. Personally, I don’t "live on the edge", or even close to it. I am constantly in fear.

Before my son was born I made myself a promise, I would not let my fears get in the way of him living his life.

At 10 months old he spent time pondering over the top of staircases, trying to figure out his next move. By the time he turned one, he had learned he had to sit and wait patiently for piping hot food to cool down—or he would burn his tongue. At 13 months of age, I transitioned him from a crib to a toddler bed. Without a safety rail. Then I stopped buckling him into the high chair. At 18 months, he is currently helping me flip pancakes on an electric griddle. And he has lived to talk about it. 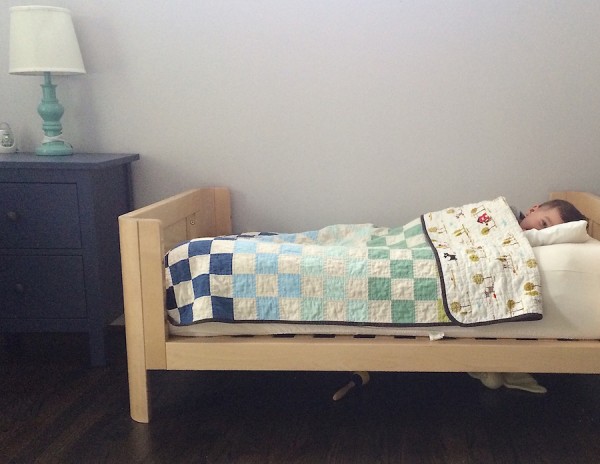 I love my son. And I supervise him closely. I truly believe he is going to be a safer, more intellectually curious human being as a result of having experiences to test the boundaries and limits of his environment. I also believe that I will be a more confident, fearless mother by using these early opportunities to practice my hand at setting limits, teaching discipline, and modeling safety. Not to mention that his immune system will be stronger from sticking his hands in the toilet repeatedly.

Over-the-top-childproofing can deny children of the opportunity to make mistakes and learn to respond to structure. Babies and toddlers can be taught to be careful. They can make mistakes, but they can also learn from them. They can be taught not to touch everything in sight. All this is possible, but don’t get me wrong—it does take a great deal of time and attention. 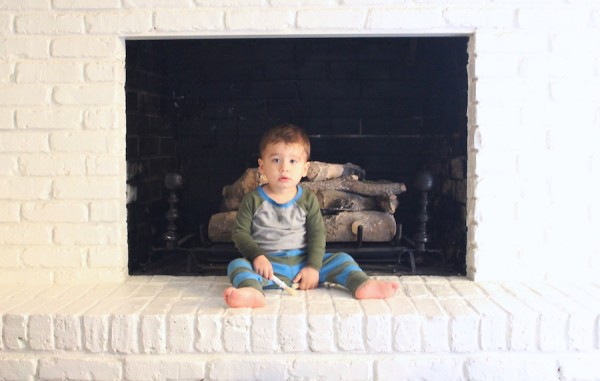 {Teaching children to respect boundaries takes time. He is not allowed on the fireplace, but clearly this is still a work in progress.}

So by all means, go ahead and plug the electrical outlets with plastic covers. And please anchor dressers and large furniture to the walls. Put toxic products and medications out of reach. Likewise, arrange your home to protect children from all other life-threatening hazards.

But when it comes to childproofing, try not to overdo it. Consider leaving your cupboards unlocked. Don’t be afraid to chase your baby out of the toilet. Let your little one experience what it feels like to bump his head on the corner of the coffee table. Allowing children to practice managing moderate dangers and boundaries inside the home may be the first step in helping them to make good decisions when they step on the outside.

How did you decide what type of childproofing was right for your family?

This article was originally posted on the Dallas Moms Blog. 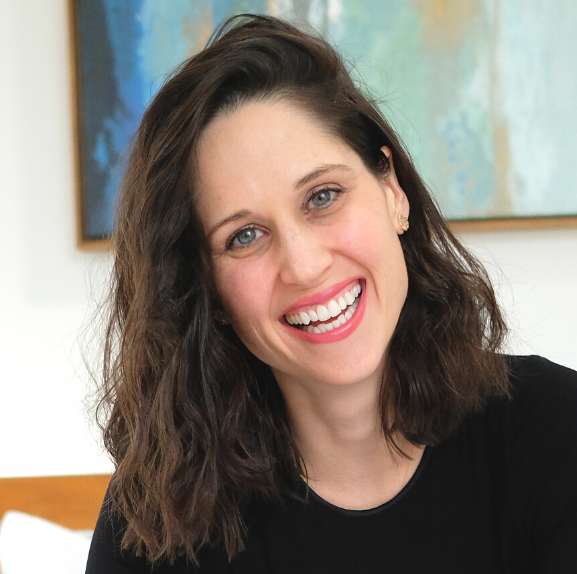 The Ultimate Checklist for Childproofing Your Home
A toddler who is always on the move is the greatest gift
Why are the limits on parenting necessary?
advertisement

The Ultimate Checklist for Childproofing Your Home
A toddler who is always on the move is the greatest gift
Why are the limits on parenting necessary?