Published by Shelly Mazzanoble on July 29, 2016 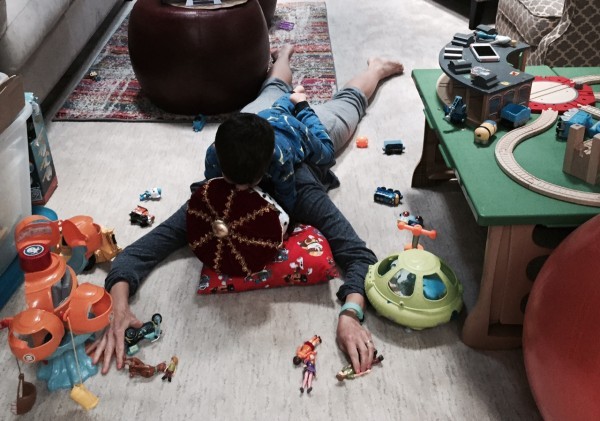 I always wanted to be on the HGTV show House Hunters so before the ink was even dry on our mortgage application, I went online to apply. A producer wrote back right away claiming she wanted to help us get on the show and then she promptly crushed my soul. No, not because they eventually rejected us (that’s a different story,) but because her dirty, little secret proved everything I thought I knew about the world was a giant fallacy. House Hunters is a sham. You can’t be cast until you have found and are under contract to buy your dream home. I know! Heartbreaking. How would I ever trust again?

Imagine my devastation upon discovering—in my already fragile state– another reality sham: Facebook is a lie.

It took months, (okay, years) to figure out the photos my friends shared were not in fact the whole picture, but rather a series of mini-productions. We have become a society of over-sharers who have trampled over boundaries like a pack of border collies through a paper fence. I’ve seen pictures of kids in utero who I will never meet in real life. I’ve seen marriage proposals for weddings I will not attend. I’ve seen pantless photos of a co-worker’s wife! (Granted the photo was taken approximately seven seconds after she had given birth but still—they posted a picture of a pantless woman seven seconds after she had given birth! Boundaries, people!)

Don’t get me wrong, I love social media. But as a vulnerable new parent I fell for its carefully curated façade and it made me feel like a colossal failure.

There are lots of realities about parenthood:

But there are more unrealities out there than Kardashian spin-off shows. If you find yourself falling for these delusions, take a deep breath and step away from the computer.

The font of knowledge I bellied up to was fed by the eternal spring of mommy blogs, greeting cards, and Huggies commercials. And believe me, I thought that was dissertation-level research.

Sourcing so-called “parenting advice” is easier than finding twenty-five attractive singles willing to consume copious amounts of alcohol, wear tiny clothes, and be duped into falling in love on national television. The hard part is deciphering what advice will actually work for you.

But don’t sweat it too much because no matter how much you try, you’ll never be totally prepared. And there’s not much you need to know other than feed, clothe, and love your baby, and never ever post pictures of them in a car seat unless you want 400 internet strangers to lecture you about proper installation.

I Can’t Keep Doing This

You know that pair of jeans that make you swagger like you’re smack in the middle of a Tarantino movie music montage? Becoming a parent is the opposite of that. Babies are the ultimate confidence sucker. Nothing makes you feel less secure than not meeting the needs of a tiny, dependent human. What do they know? They wear socks on their hands and don’t see the humor in passing gas and hiccupping at the same time. Come on, babies! Comedy gold, I tell you!

Oh yes, you will feel like you’re in way above your head. You will think you made a big mistake, or the hospital did letting you go home with a baby. You will be so burnt out that you find yourself jealous of your friend’s seven year-old who’s laid up with a busted tibia. Aw man, how relaxing does that sound?

But here’s the truth: You are doing it. Just the way it was meant to be done. Besides, your baby has no one to compare you to, right?

This Is My Life Now?

Soon enough you’ll be asking yourself that same question only it will be motivated by how incredibly lucky you feel.

Everyone is Doing This Better

My friend gave birth three weeks after me and we spent considerable time commiserating about the foibles and hardships of parenting.

“THIS SUCKS,” she texted two minutes after she got home from the hospital.

Of course I didn’t want my friend to suffer, but I admit it was comforting to know I wasn’t alone. (Hello, My Name is Misery and I would love some company!)

Then one day she posted a picture of her daughter sound asleep in her arms. The caption read, “Heart bursting. Could not love this little angel more.”

Wait, what? Just yesterday that little angel was tearing the nipples off her body. Weren’t we still in the angry, naïve, frantic phase? Seemingly overnight my friend and ally had gotten her sea-legs and left me to loll around in the surf like a sputtering, jumbled mer-mom desperate to make her way back to a life of Bravo television and four-hour Sunday naps.

Did other babies have blow-outs and tongue ties? Did other moms spend hours attached to breast pumps and reek of black licorice from all the supplements they were downing to increase their milk supply? Did parents shout every “S” word at each other in the middle of the night trying to remember which one would make their inconsolable baby sleep? Of course they did, but that’s not the image most people want to convey. There were times when my baby was sleeping peacefully and I probably would have thrown a cheesecloth over him and posted his image to Facebook if I weren’t so scared of waking him up.

It’s Not Normal to Be This Afraid of a Baby

Umm, yeah it is. It’s like Fear Factor and Survivor had an offspring and named it Naked and Afraid.

Parenthood is like starting any new job. You’re scared to use the bathroom for fear you’ll spend the rest of your career wandering the hallways trying to find the way back to your desk. You don’t know the protocol for securing office supplies or how long is too long for lunch, or how to print double-sided copies? (Seriously, how do I do that?)

The good news is you get on-the-job training. The bad news is your new boss can be a needy, little jerk with poor communication skills. The really bad news is you’re not getting paid or taking a vacation. Oh, and quitting is out of the question.

So yeah, the fear is real, but thankfully it’s also temporary.

My Baby Doesn’t Do That

I saw a picture of a friend’s six-week-old lying on a Heavenly Bed and gazing lovingly at a ceiling fan.

“She’s been entertained for hours!” my friend wrote.

Okay, don’t even get me started on why these people were taking a vacation when I wouldn’t even take my son to Walgreen’s. The real issue here was that Bart and I were abhorrent, neglectful parents denying our child five speeds of 110 cubic feet of whirling air he clearly needed. I immediately searched Amazon for a fan that could be delivered within the hour.

Oh sure, I thought, staring at that picture. That baby was probably always “entertained.” She never cried. She probably slept through the night and just received early admittance to Harvard—with a full scholarship. How would Quinn recover the developmental ground our ignorance had cost him? Would he ever forgive us? Why were all those experts so focused on car seats and adjustable swaddle blankets when ceiling fans were far more important!?

The real story behind that picture was nothing like I imagined. The baby had been crying for roughly seventeen hours. My friend forgot her breast pump and her husband had to drive forty-five minutes out of the way to find the right kind of formula. “Shame and irresponsibility” literally made my friend sweat so she turned on the ceiling fan. Lo and behold, her daughter stopped crying. Because no one dared move, they had plenty of time to take cute pictures and post them to Facebook.

When you look into your newborn’s perfect round baby eyes, you will be filled with more love than a Nicolas Sparks novel.

Sometimes you feel… nothing. Or dread. Or just really, really tired.

You’re not a bad person. You’re not doing it wrong. You’re not broken. Some of us have a longer “getting to know you” period. I assure you—love is definitely one of the emotions coursing through your new parent veins. Would you be that frenzied and hysterical if it weren’t?

See? You’re doing great! Pictures can be worth a thousand words, but if a picture has a smiling newborn in it, those words are probably fiction.