7 Signs That Your Teen May Be in Trouble 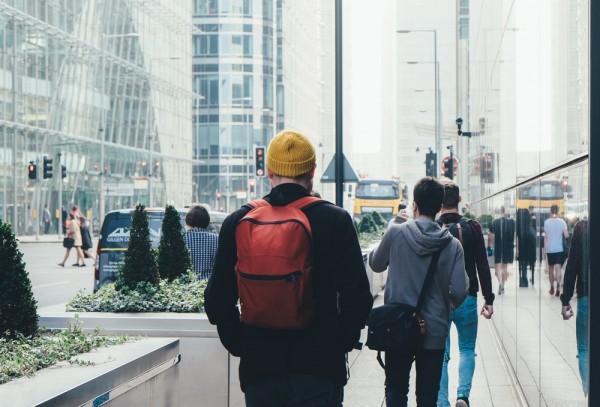 No parent gets an instruction book. Each stage of a child’s life has its normal characteristics and its abnormal ones. Dividing out the normal and abnormal is probably most difficult during the teen years. Why? Because the happy, talkative, close child you knew has become, sometimes, a stranger in your household – an aloof, occasionally disagreeable, un-communicative being who values his/her friends more than you. It’s painful and can cause worry, to be sure. But it is normal behavior. So, what is abnormal for teen behavior? There are some definite signs that your teen is not just going through his/her “declaration of independence.” Here are some danger warnings to look for.

1.A Major Change in Friendships

Even when they move into their teen years, most kids remain close with at least a few of their elementary school pals. They have grown up together and have many of the same interests which often carry over into the teen years – sports, computers, hobbies, etc. While new friendships will be forged as kids move into middle and high school years if the change is major, that may be cause for concern. If your teen begins to dress totally differently, to conform to the dress, hairstyle, etc. of his/her new friends, and if these changes also transfer to changes in outside interests (or lack thereof), then it may be cause for some alarm.

Perhaps your kid was into sports or dance or art or animals, etc. all through his/her younger years. Now, the interest is gone and they spend time in their room or just “hanging out” without any productive activity. This “free time” may lead to pretty unproductive behavior that is risky. “Healthy” teens tend to be involved in a school or outside activity that is considered “productive.”

2.Withdrawal From the Family

Some withdrawal is normal and to be expected. Teens are working to become independent of their parents and often prefer to be in their rooms on their devices or phone. But long periods of time in the room when this has not been previously normal behavior.

Another normal trend during adolescence is to share less about their private lives. When this becomes extreme, however, you should be concerned. If your teen does not have anything to say about his day at school or his/her evening out on a regular basis, and this represents a big change, it is possible that s/he is involved in some negative behaviors that you would probably disapprove of. It’s time to be more vigilant and involved. You may want to talk with the school counselor and get a better idea of what is going on, at least at school.

3.Aura of Sadness or Hopelessness

Depression is an all-too-common condition of teenagers. And teenage suicide is real and horrific – it’s almost epidemic. If your teen is withdrawn, not engaging in any social activities with others, and withdrawing from family as well, it will be important to pursue some solutions. Sometimes, it also manifests as eating changes/disorders. Your child could be the victim of bullying, could have been left behind by his/her childhood friends, and could be listening to some dark forces online. While it is a terrible violation of privacy to be a “snooper,” if the behavior becomes extreme, snooping may be warranted. Getting some outside help is critical. You are never a “prophet in your own land,” but an outside specialist with whom your teen can establish a trusting relationship can be the saving intervention s/he needs.

Some teens suffer from depression and other emotional difficulties when they go away to college. It is important to look for those warning signs and see to it that your teen gets the help that is available on all campuses. It is also a good idea to have a discussion about this possibility and the things that these kids can do to avoid depression when away at school.

There will be blips in grades through teen years. They may bomb a test because they had a breakup and didn’t study; they may do poorly on a formal essay or a final exam. If these are exceptions to the rule, there is nothing to worry about. But when a teen who formerly did well or at least average is now failing every course, not completing homework, skipping classes, etc., “blips” are not the explanation. Parents should speak to teachers and try to get some insight; get as much information from school as possible. Seek some outside help – you can’t resolve this all on your own. And tough punishments rarely work. You only become the enemy.

5.Uptick in Disciplinary Issues at School

If your teen is getting a large number of detentions or even some in-school suspension assignments and this is a change from previous years, there are troubles you need to get on top of. Discuss with the school the behaviors that are bringing about these behaviors. If these behaviors mark a difference in what you would consider somewhat normal misbehavior in the past, then it is time to be concerned.

There are certain behaviors that can be dangerous if not deadly. Drugs and alcohol are big temptations, and, because they are in a period of experimentation, it is not wholly abnormal for teens to experiment in this area as well. Regular alcohol and drug use, however, is a clear sign of trouble.

Statistics show that teens of parents who regularly use alcohol and/or drugs are far more likely to abuse them than teens of parents who do not. That said, there are plenty of teens whose parents do not engage in substance use who themselves do. Regular use can be the cause of many of the other trouble signs that parents see. Hard drugs are particularly dangerous and parents must seek help if they discover this.

Vandalism, shoplifting, truancy and such are cause for concern if they occur more than a single time. One incident, followed by consequences, usually does the trick for teens who are not troubled. Continued behavior of these types, however, will require some strong measures.

Casual sex has become more and more acceptable in our culture, and it’s a tough topic for discussion. Parents have varying viewpoints on sexual activity, but no matter what those viewpoints, it is important that teens are protected against disease and unwanted pregnancies.

Denial – Lots of parents are in denial when their teens are clearly in trouble. They think somehow that these problems will solve themselves. They won’t and will required intervention, but not just consequences. Teens need the security of knowing that parameters are set but also that their parents will give them love and support even when they are in trouble.

The opposite approach is for parents to freak out over single or occasional incidents of bad behavior or withdrawal. Teens need to experiment, make their own mistakes, and live with the consequences. Jumping in too quickly does not promote their own learning.

If it’s any consolation, statistics show that kids tend to be the same types of adults as their parents. If those parents are ethical, law-abiding, productive people, chances are their kids will be too.

Diana Beyer is experienced and self-driven specialist who is passionate about writing. Her purpose is to share some value among interested people. She always seeking to discover a new way in personal and professional development Apart from work, Diana likes traveling and reading. Personal motto: “Do one thing every day that scares you”.

Back to School: Getting help for my good teen making bad choices during COVID
Why Your Teen Is Not Listening To You
Teen with acne? Here are some tips and an app that may help
advertisement

Back to School: Getting help for my good teen making bad choices during COVID
Why Your Teen Is Not Listening To You
Teen with acne? Here are some tips and an app that may help