6 Things You Should Do When Your Kid Has a Smartphone 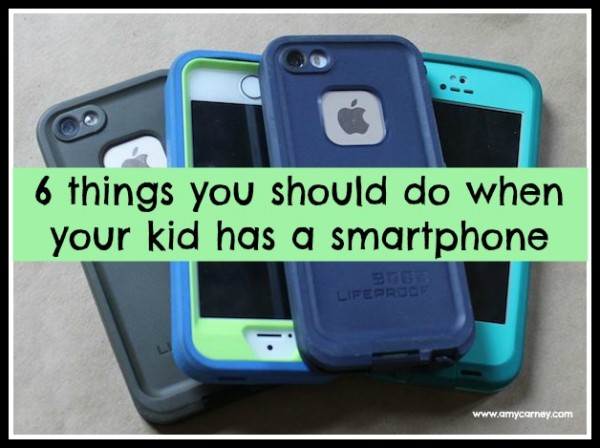 1. Have a family cell phone contract

Does your child know your expectations when it comes to this expensive privilege they have in their back pocket? Drawing up a cell phone contract is a perfect way to spell out the rules so that everyone understands what is expected and what the consequences are when rules are broken.

We had to print ours out again to have one of our children go through it and highlight what they were not adhering to in order to continue to keep their phone. It’s a good way to hold kids accountable without having to nag and argue with them. It’s much easier to have it all spelled out in writing from the beginning. Although, it is never too late to implement one at any time.

This goes without saying but parents should be able to sign in to their child’s device at any time. I believe in giving my child privacy, but I also believe in checking in with their online presence once in awhile. Kids don’t have the maturity to understand the magnitude of what can happen online, so they need our guidance. Only you know your kid and what they need when it comes to monitoring.

3. Teach self regulation by limiting their data plan

When you have a screenager whose phone resembles a body part, it can be painful to limit their usage, but it is necessary. Our family of six shares a monthly data plan, which means each person is allotted around 3G of data a month. Our daughter is at almost 5G and we are only halfway through the month, so she will lose her phone until the billing cycle rolls over next month. This is not something that a 13 year old girl is going to be happy about, but she had been told the guideline up front.

Yes, we can shut off her data so that she can still use her phone and perhaps we will do that eventually. But, for now we need her to learn to self regulate her usage. There is wifi at home and at school, so the overage is coming from time outside of that. I have friends who say that they just get the unlimited plan because they don’t want to deal with it. That would definitely be easier, but we need to be cautious about doing something because it’s easy instead of what's best for our family.

4. Befriend them on all social media channels

I follow all of my kids on their Instagram and Snapchat feeds. It is rare that they post something that I need to question them about, but it’s important they know I’m watching. Unfortunately, teens now have spam accounts with their friends that parents aren’t invited to join and SnapChat is dangerous because it’s nearly impossible to monitor since the snaps go away in a matter of seconds.

Sit down next to your child and scroll through their feeds with them once in awhile or sign in and do it on your own time. It’s good to see what their friends are posting and you can monitor if your child is following anyone inappropriate.

5. Charge their device overnight in main areas of the house

We have made it a family rule that the kids devices are to be left out in the main areas of the house when they head to bed. They also know they are to stop texting and posting on social media at 9 pm, kinda like when we had to get off the home phone back in the day.

It is interesting to see the texts and alerts that come through from kids that are up late into the night. I doubt their parents even realize they are on their phones at this unreasonable hour. Just avoid this by putting simple rules and boundaries in place.

Install the OurPact App on their phone so you can shut off Apps during homework, bedtime or any time you need help regulating their usage. I will warn you that teens are not happy about this because it scrambles their Apps once the block is off. Keep in mind that it’s also okay for our teens to not be happy and do some rearranging.

6. Connect with them on their lifeline

Lastly, use these devices to connect with your kids. Since it is their world, we might as well join them in it. When mine are walking to the bus once in awhile I do a group text with them and ask an “either-or” question such as Surf or Ski? Math or English? And they shoot back their pick. It’s a fun way to connect with them quickly before they shouldn’t be on their phones at school.

I have also texted pictures of undone chores when they ask if they can go out with friends. It’s a much better way to get a point across without any nagging. Let your kid teach you shortcuts on your device and join them in taking silly selfies once in awhile. 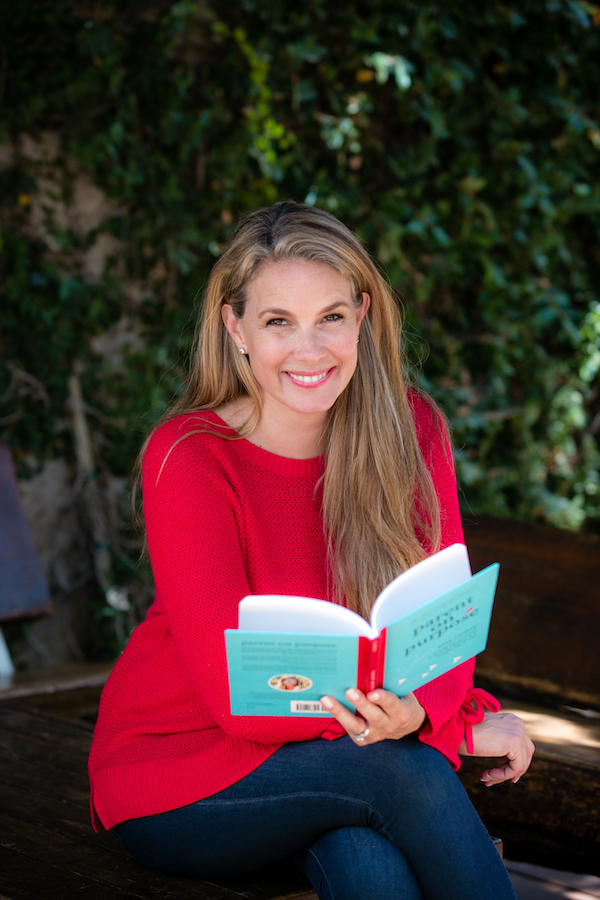 Author of Parent on Purpose- A Courageous Approach to Raising Children in a Complicated World. Speaker. Product Maker. Mom to 18-year-old triplet sons, 17-year-old daughter and 13-year-old son adopted from the Arizona foster care system. Our family took an RV sabbatical around the USA for 6 months and survived to tell about it!