Published by Nicole Moleti on September 28, 2018

The worries and guilt only become worse as time goes on. You think you will feel better once your pregnancy is over and you have a healthy baby in your arms. That’s not true. The decades of worry and guilt have only just begun. You now have to keep this child alive. In addition, you have to worry about his or her mental and physical health and well-being and safety.

As a mother of 11 and 12 year old boys, I can now look back on what I used to worry about and laugh. Compared to “middle-school worries” – those early worries seem fruitless and silly. I can now offer to new mothers some hindsight. Here are “3 Things I wish I never wasted time feeling guilty about.”

What a crock of shit this issue is. I was totally on board the first time around. I fought hard to nurse a colicky baby that was born starving, at 10 pounds, and was never satiated. I stayed up late many nights, cluster-feeding a child that was underweight, while my nipples bled and oozed with infection. I went back to work and spent miserable lunch breaks pumping in order to have breastmilk for my poor innocent child who was waiting at home for me.

Finally, when my son was 6 months old, it was clear that breastfeeding wasn’t enough, and I started supplementing with formula. Life became much easier. He slept better and so did I. Three months later I became pregnant again. When my second son was born, I was determined to give him the same amount of precious breastmilk as his brother had received.

The problem with this idea was that I had an 18 month-old hanging on me every time I tried to nurse the baby. Overwhelmed by mothering 2 babies, I went to my son’s 3-month-old check-up and told the pediatrician that although I was successfully breastfeeding the baby enough to keep him alive and supply him with all-important antibodies, I felt that my mental health was waning. I suggested that perhaps this child would not have to worry about ear infections, asthma or other ailments that formula-drinking children had, but he would likely have no mother, as I would be shortly entering a mental institution.

Thankfully, the pediatrician gave me the green light to stop breastfeeding and start bottle-feeding for the good of my mental health and well-being.

I now have 2 middle-schoolers who are equally healthy and happy and nobody ever gives a second thought to my breast milk. During the time when this seemed like an life-altering decision, breastfeeding was a source of torture, worry and guilt. Now I realize, it is all meaningless. Ok, fine, do the first few days of colustrum, so everyone will leave you alone. Then do what suits you best. If that means filling a bottle with some weird powder that scientists have deemed nutritious and great…then do it. In a few years, nobody will care. It’s hard to imagine when you are in the thick of it, but when your kids are 11 and 12 years old, whether or not they drank breastmilk will not be a concern. Trust me.

I grew up playing the piano. I had piano lessons weekly from the age of 6 until I went to college. I could likely play “Mary Had a Little Lamb” right now if you paid me, but I cannot promise anything. I had no passion for music. My parents, God bless them, forced me to practice daily, so that I could further my abilities, but I very rarely played the instrument just because I wanted to.

The importance of music for babies has significant research behind it. Even when you are pregnant, you are encouraged to play music for your child, and the minute he or she is born you are inundated with music programs for infants and toddlers. The idea behind these programs is that your child will become a genius at music and also math and reading if they are introduced to Beethoven at an early age.

This amazing value does not come cheap. As a young stay-at-home mother of two babies, with over a decade of piano instruction under my belt, I recognized the importance of musical instruction for young children. Sadly, I did not have a ton of disposable income and the Kindermusik classes were hundreds of dollars. I couldn’t swing it and I felt absolutely horrible. I went to free music classes at the library and played Baby Einstein DVD’s at home to make up for my failures.

When they were older and I had more funds, I paid for weekly private drum lessons and purchased a very expensive drum set when both children promised me that they were going to be super-star drummers and start a band rivaling Van Halen.

Fast forward to the middle-school years. One child has quit the school band after years of begging to do so, and the expensive drums sit quietly in the basement collecting dust.

Both children seem to be just fine in their Honors Math and Language Arts classes, but I can’t say if the drum lessons or the lack of Kindermusik have contributed to the current state of things. In hindsight, it seems silly to spend $300 on an infant sitting on a filthy rug while some lunatic waves a scarf around to the sounds of Bach. I wish I never lost sleep over this.

This is an age-old problem. Guilt comes with work as a mother. That being said, what I wish I never worried about, was working when my children were babies. I felt such guilt when I left my little babies to work part-time. I worked 20 hours a week, tops, yet I was tortured by it. The remaining 148 hours a week were dedicated whole-heartedly to loving and nurturing my children.

If you ask either of said children what I did with them for the first 5 years of their lives, they would say emphatically, “nothing.” Even though, I distinctly remember spending my days pushing them on swings, blowing bubbles, reading them books and drawing with chalk on the driveway for endless mind-numbing hours of my life, they remember none of it.

I should not have felt bad leaving these ungrateful, non-remembering children. I should have paid my sitter to keep them alive, feed them, and change their diapers, and reveled in the joys of work. It is now, that they are in the midst of the treacherous middle-school years, that I am needed at home. It is now that the stakes are much higher than a wet diaper. My time away can result in porn-watching, juuling, or skipping homework. I am needed now. I feel like the guilt I have now when I leave for work is legit and warranted. But talk to me in a few years….my perspective might change, and likely I will have new reasons for guilt and worry that trump these. My hunch is this cycle never ends for mothers, so maybe we should just shrug off as much guilt as we can in the moment. Studies show that guilt can be defined as “a heavy feeling of deserving blame for offenses.” Maybe if we shrug off these heavy undeserved feelings of blame, we will feel much lighter, which will be better for our children and ourselves in the long run, and that will be the thing that benefits them and us the most. 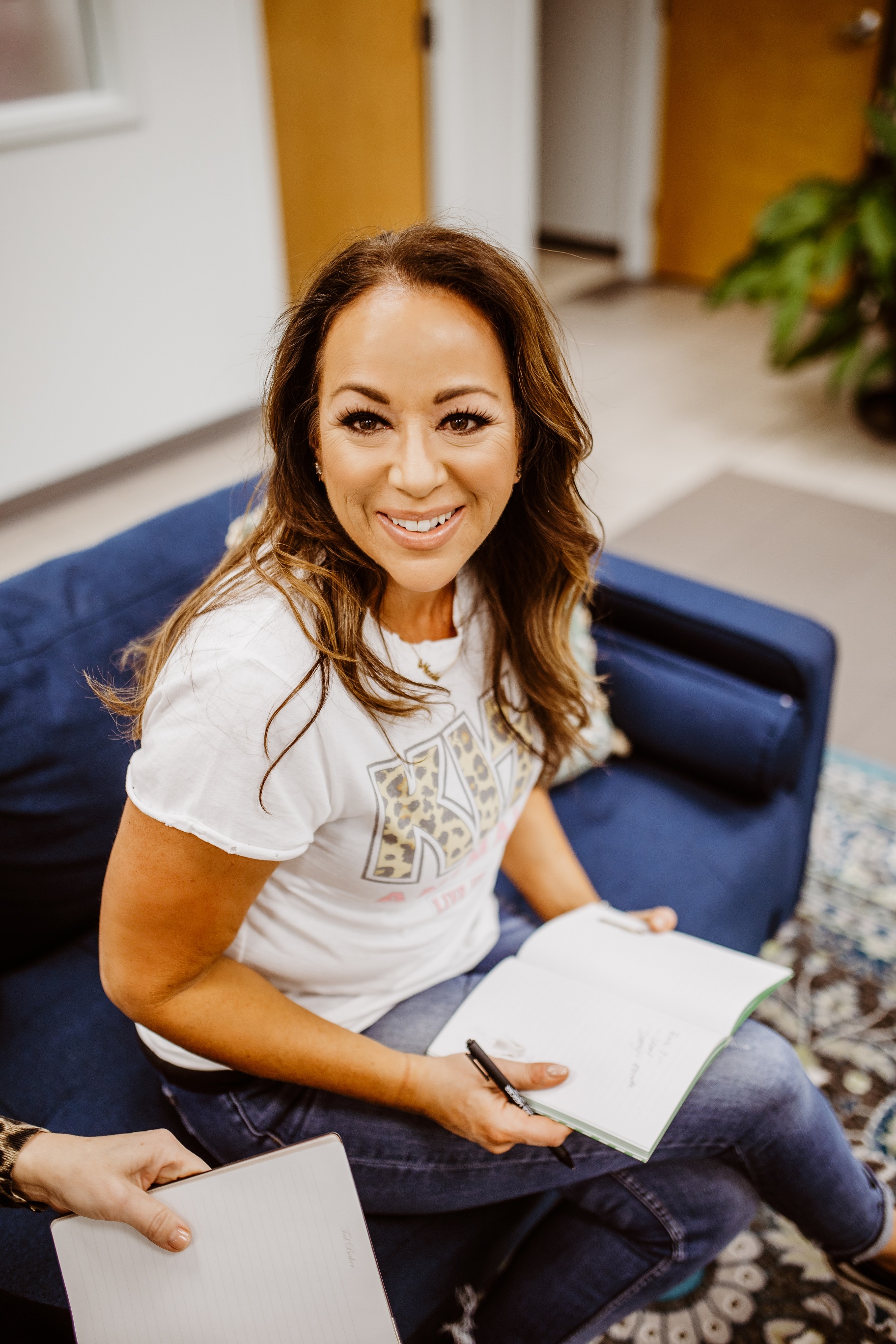 Nicole Moleti has been a regular beauty contributor on PopSugar Beauty and Martha Stewart Weddings as well as a parenting expert for many top sites and publications. She is the now writing fiction with her friend, Krista Wells, under the pen name Addison McKnight, which can be found at www.addisonmcknight.com

5 Reasons Why Breastfeeding is Important for Every New Mom
Be flexible about breastfeeding...in case your breastmilk is not producing enough.
Why It’s So Important For Mothers To Keep Talking About “The Hard Stuff” In Motherhood.
advertisement

5 Reasons Why Breastfeeding is Important for Every New Mom
Be flexible about breastfeeding...in case your breastmilk is not producing enough.
Why It’s So Important For Mothers To Keep Talking About “The Hard Stuff” In Motherhood.