11 Things I Need My Daughter to Know.

Published by Danine Manette on March 7, 2016 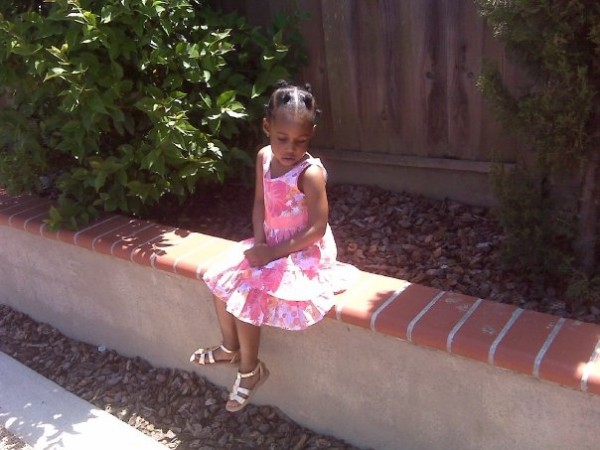 Dear daughter, did you know that

… Zero Supreme Court justices were ever appointed according to how well they twerked, but rather by their professional, educational, moral and ethical resume? These are all things which take a lifetime to build and a moment to destroy, which is why you must always understand that the decisions you make and the behaviors you allow others to view and capture on social media can haunt you forever.

Dear daughter, did you know that… Astronauts are not selected by the number of likes they received on their profile pictures and social media posts, but rather by the uncompromising effort, commitment to excellence and determination they put in to achieving a goal much higher than most could ever dream of accomplishing? You see, in order to reach a pinnacle or become the cream of the crop you must invest wholeheartedly in yourself. You cannot fall into the trap of basing your value or worth on the number of people who “like” your selfies.

Dear daughter, did you know that… Concert pianists and world renowned artists don’t acquire dexterity and strength in their hands by text messaging all day every day? Instead, they spend hours upon hours honing their skills and practicing their craft to the point of perfection. They treat their hands and fingers with care, as they are the instrumentality and the vessels by which beauty is created.

Dear daughter, did you know that… Famous playwrights and prize winning authors do not remain glued to the television or spend hours online watching videos and mind numbing programming created by someone else? Instead they observe and interact with the outside world regularly so they can be educated and inspired by the people, places and experiences which surround them. Even though they may receive ideas and inspiration from the work of others, at some point they must break away from what has already been written, produced and composed, and create something which speaks to THEIR truth and tells THEIR story, exactly as they would like for it to be told.

Dear daughter, did you know that… High level athletes and those wishing to achieve optimal physical conditioning do not typically abuse their bodies? They understand the importance of a healthy diet, adequate rest, and regimented training. They also recognize that adding toxins to their body is not compatible with athletic excellence or reaching personal health and fitness goals. You will get out of your body exactly what you put in to it, and if you pump yourself up with substances or develop habits which are not conducive to mental, physical or emotional wellness you will undoubtedly fall short of your desired objective.

Dear daughter, did you know that… University professors and scholars do not spend their time gossiping, badmouthing or spreading rumors about other people? Only those with small minds engage in worthless chatter about others while those wishing to increase their intellect and promote educational advancement spend time discussing ideas and conferring about ways to improve and uplift the world around them.

Dear daughter, did you know that… Surgeons and scientists do not pride themselves on cutting corners or searching for the easy way out? The ability to save a life or advance civilization requires a person who is dedicated and committed to looking past the surface and seeing what lies beneath, not by someone who is lazy, unmotivated or unwilling to go the extra mile. The work they do and the information they provide is critical to the mere existence of this planet and everyone on it, so consequently, there is neither time nor room for slacking.

Dear daughter, did you know that… Airline pilots and engineers are not measured according to their sexiness and provocativeness but rather by how well they can land a plane or construct a building? Looking nice is fine, but it has no bearing when you are responsible for the well-being, safety and security of others. A true professional is more concerned with how they are doing their job rather than how they look while doing it. No one is going to care what you look like or how sexy you’re dressed if you can’t get your job done, so try not to get caught up in confusing competency with cosmetics, or aptitude with apparel.

Dear daughter, did you know that… Healthy relationships require healthy people? Healthy relationships do not involve abuse, addiction, over dependence, abandonment, disrespect, anxiety, violence, envy or incompetence. They do not cause physical pain, isolation, mental or emotional torture, nor do the bad days outweigh the good. Healthy people keep their hands to themselves when angry and recognize that respect is the cornerstone of every relationship. It is nearly impossible for an unhealthy person to maintain a healthy relationship and they should not engage in one until some sort of healing has taken place.

Dear daughter, did you know that… Most mommies are also amazing circus performers? They are able to juggle a million things at once and walk a tight rope all while recognizing the importance of loving, nurturing and raising their children. Sometimes parenting may mean placing personal dreams on hold in order to fully commit to child-rearing, and that’s okay too. Recognize that whether the baby was planned or not, once you accept the blessing of motherhood you are in essence accepting the duty and commitment to invest in parenting your child. And for me, motherhood was not only the most important commitment I’ve ever made, it was also the most rewarding.

Dear daughter, did you know that… I was once your age and faced many of the same choices and decisions as you? I am not perfect, and I too have made mistakes, so when I point things out to you it’s because I’m trying to spare you from the pain of having to learn some of life’s lessons the hard way. One thing I hope you’ll always know though, is that my love for you is everlasting, and I want nothing more than to see you grow and develop into the confident, amazing, grounded woman that you were destined to become… I love you.

Danine Manette is a Criminal Investigator, Media Pundit, Infidelity Expert and Author. She recently published her second book titled: Messages for Joey-A Few Things I Need You to Know which is full of life lessons for girls and can be found by visiting http://www.messagesforjoey.com. Danine lives in California and is the married mother of three. You can also follow Danine on Facebook and Twitter

Criminal Investigator, Mom, Media Pundit, Infidelity Expert and Author of Messages for Joey: A Few Things I Need You to Know.