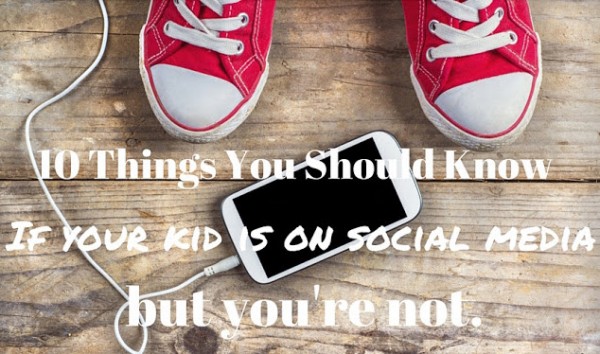 I have a middle schooler that's on social media. It's still new to us, so I follow all my kid's accounts and she follows mine. I've been noticing that some of her friends seem to be aware that adults might see what they post, while others really don't. I don't know what to think about that. I can only guess their parents aren't seeing what I'm seeing.

I get that it’s all overwhelming and that constantly changing. I understood Instagram, but then Snapchat was suddenly everywhere, just to confuse me. I got up to speed on Vine, then got hit with Music.ly. But my daughter and I are figuring it out as we go along, hoping we're not making too big a mess of things and honestly I'm glad we're doing it together. And I'm grateful that I'm seeing all this stuff, because it's eye-opening.

If your kid is all over social media and you're not, here are ten things I really think you should know:

1) If you're not keeping an eye on what your kid is posting on social media, just know that other parents are. So when your kid uses really bad language or shares inappropriate pictures or retweets racist jokes, I assume that either (a) you have no idea or (b) that you're fine it.

2) It's not just other parents that are paying attention to what your kid is posting, it's also sometimes their teachers. And the occasional guidance counselor or coach. Maybe a scout or youth group leader. Also, some of your neighbors. Definitely your sister-in-law. Oh and the lady who called to hire your daughter to babysit that one time but doesn't seem to call anymore. And ((shiver)) possibly some guy on parole who lives in Piscataway, NJ.

3) If you're not insisting that your child's accounts are private, they're probably public. In which case, there's a very good chance that every kid at their school with a cell phone has seen everything they've posted and for better or worse, are now making fair (or unfair) conclusions about your child. This is aside from what other adults (creepy or otherwise) might see and think.

4) I'm so, so sorry to be the one to tell you this but you should know that your child is probably posting pictures of your home online. If your house is like mine, please take a mental inventory right now of the number of rooms that are tidy enough not to be embarrassing.* Consider there's about a 40% chance that at some point your kid has a posted a selfie, taken in your bedroom, oblivious to the fact that your dirty PJ's and underpants are on the floor in the corner.

*For me that number is currently zero.

5) Also consider the probability that your children have posted a picture or video of themselves in their own bedroom, maybe in their own PJ's, with no awareness that may not be OK with you. Or that literally anyone in the world with wifi might see it.

6) If your kid is actively asking for likes, follows, and comments on the things they post, then there's a good chance that he or she is not going to discriminate as to who they accept into their social network. Their objective is get lots of feedback, otherwise they would not be asking for it. If they get a friend request from someone they don't know, but who leaves "nice" comments and "likes" everything they post, they will most likely accept that strange person's request without hesitation.

7) If you don't have rules about when your kids are allowed to text and be on social media, please assume that they're up late hanging out with their friends. And maybe other people - who aren't quite friends.

8) Do you know about profiles? Have you seen your kids' profile picture or read their description? Does it say what town they live in? Where they go to school and when they'll graduate - which is basically the same thing as giving their age? What teams they're on? Does it link to other accounts they have? Accounts that provide access to even more information about them and photos of them?Just so you know, even if the account is private, the profile picture and description are often public.

9) What about geo-tagging? Does your kid's phone automatically say where he is when he posts something? For example, did it say he was at the Chipotle near the grocery store when he shared that picture of his post-game burrito? The thing about always broadcasting his location is that it makes him easy to find.

10) Please know that because kids are kids, they are going to say and do dumb things sometimes and that's totally normal. They may hurt someone's feelings or be the recipient of some mean stuff. They may share things they wish they hadn't. They may get into arguments with people - it has been known to happen on the internet. They may feel scared, angry, or helpless. They may need a little help and guidance to negotiate all this. Our kids need us to be there for them online and off, so let's get excited to learn about Kik and Yik Yak and every other stupid app we don't understand and can barely pronounce. 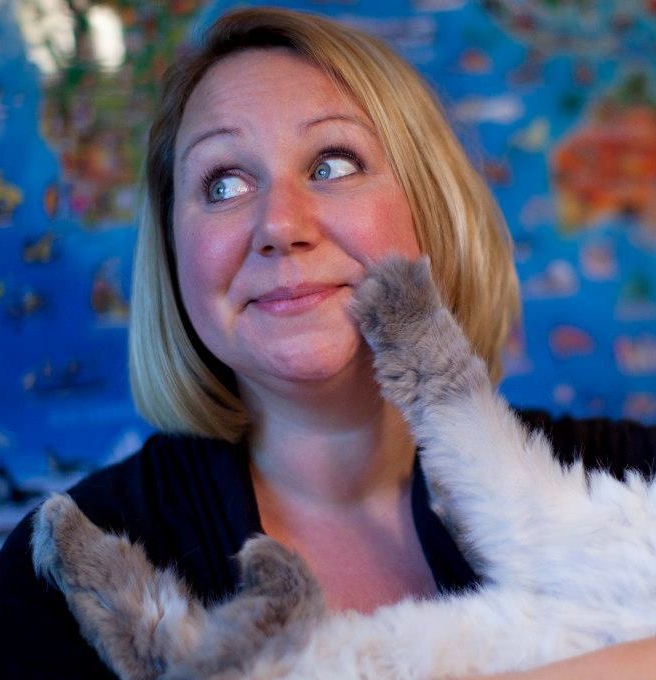 Parents' Latest Tutorial to Instagram
When Should You Let Your Child Use Instagram?
Cyberbullying: 6 steps to protect your kids
advertisement

Parents' Latest Tutorial to Instagram
When Should You Let Your Child Use Instagram?
Cyberbullying: 6 steps to protect your kids