10 Things You Need to Fly With An Infant 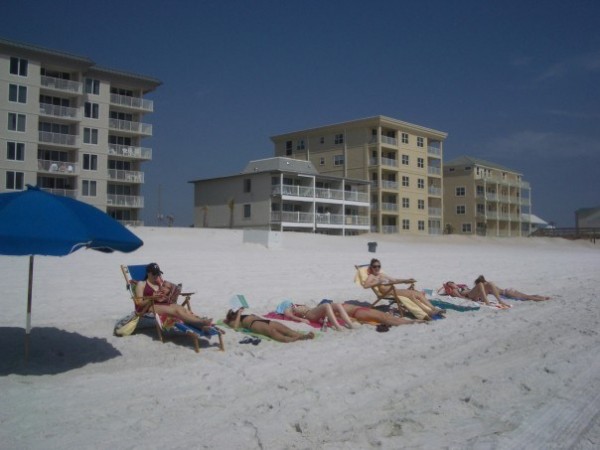 This was me in a world when Spring Break did exist. Life was very hard then. I’m second from the left reading Me Talk Pretty One Day by David Sedaris, which is HILARIOUS and a terrific beach read.

Back to babies and planes and things you need to know.

I flew with G this time last year for “Spring Break” aka “Maternity Leave and I need to get out of the house” when she was 2 months old. Like any good first time mom I asked her pediatrician for permission. His response was basically, “Well yeah, that’s fine. Unless you don’t want to go, in which case you can tell whoever you need to that I said no.” That’s also the moment when I was 100% sure that we’d made the right call when it came to our choice of pediatrician.

Flying with a 2 month old can be really daunting, but it was infinitely easier than I had imagined. 2 month olds are so portable, ya’ll. It’s really terrific. We brought along a lot of stuff. And some preparation was certainly necessary. But all in all, totally doable.

10 things You Need to Fly With an Infant:

1. A good wrap or carrier

I’m a big fan of baby wearing, and especially when it comes to flying/navigating airports. I was able to get us through security (stroller and all) with no help because I was wearing her. It was such a breeze. I really loved my Moby wrap when G was this little. Added bonus? When you’re wearing a baby people are less likely to put their hands in their faces, since, well, their faces are directly on your chest. Very few people are that awkward. Oh, and when you wear/carry your baby through security they will do a swab of your hands, it’s no big deal, but just thought I’d throw that out there so you’re ready for it.

And not just for the baby. Throw an extra shirt for you in the diaper bag because you never know. When we flew last spring I packed 1 extra outfit for G and she was wearing it before we even took off for our first flight. Okayest mom alert right there. Thankfully we made it through the rest of the trip without a hitch but I half wondered if she’d be wearing just a blanket by the time we made it to our final destination.

3. Diapers. All the diapers

I overpacked on this, to be sure, but I kept having visions of being stranded overnight somewhere and WHAT would be worse than running out of diapers? Nothing, probably, except…

You need your boobs or formula or breastmilk – all of these things are a-okay to bring through airport security. Formula & breastmilk are considered “medically necessary liquids” but the TSA could do extra screening on it.

You have 2 options here: buy an extra seat so your baby can sit in a car seat, or gate check the car seat and add the baby to your ticket as an “infant in arms”. I did the latter and it worked out great. Frankly, I nursed her during take off and landing to help her adjust to the air pressure changes so I’m not sure when I would have put her in the car seat. Hypothetically, if there’s an empty seat on the plane you can ask the gate agent to move you next to it so you can put the car seat there even if you didn’t purchase the extra ticket…but I just never had that luck.

I just didn’t want to deal with learning how to install the car seat without the base. I just packed the base in a suitcase with diapers and other necessities and checked it. I know you can check it on it’s own but for some reason I just felt better knowing it was with my luggage.

7. Whatever Comforts Your Baby

We lived and breathed by our WubbaNub pacifiers at this stage of the game. God bless ’em. I packed several.

I had a soft blanket for G as well as an aden + anais blanket to use as a nursing cover and used the heck out of both of them. **UPDATE** 2 years and another baby later – I’d still recommend the aden & anais for your baby but if you want a nursing cover, get yourself one of these from Covered Goods. So soft. So many pretty patterns. And you can wear it as a scarf while you travel. ALL the win right there.

I know I just said we loved our WubbaNubs, and we did. But I kept a paci clipped to her shirt with this because I knew that way I would always have one that wouldn’t hit the ground.

New toys always win. When she got fussy I had a few things I had stashed in my bag that I could pull out and use to distract her. I love this Haba Triangle Toy. The bright colors grabbed her attention and it was great. I’m also a fan of anything Wimmer-Ferguson for little babies and their Travel Activity Toy was one of my best ever purchases. We STILL, one year later, play with that on car trips.

Enjoy your flight…and your vacation! 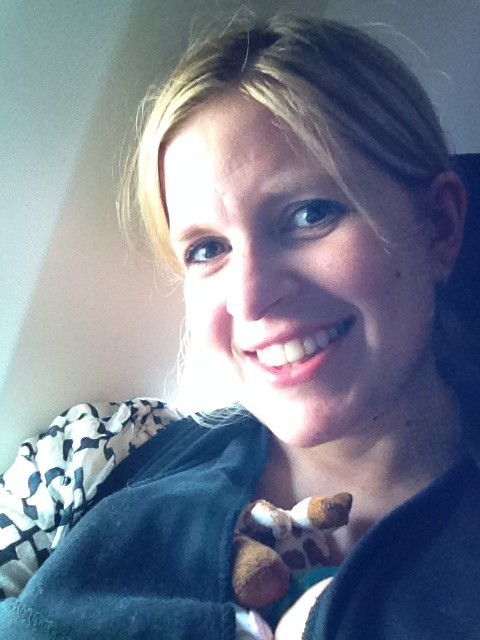 (I snapped this at some point after I realized, OMG, she just might sleep the ENTIRE flight. And she did. Glorious!) 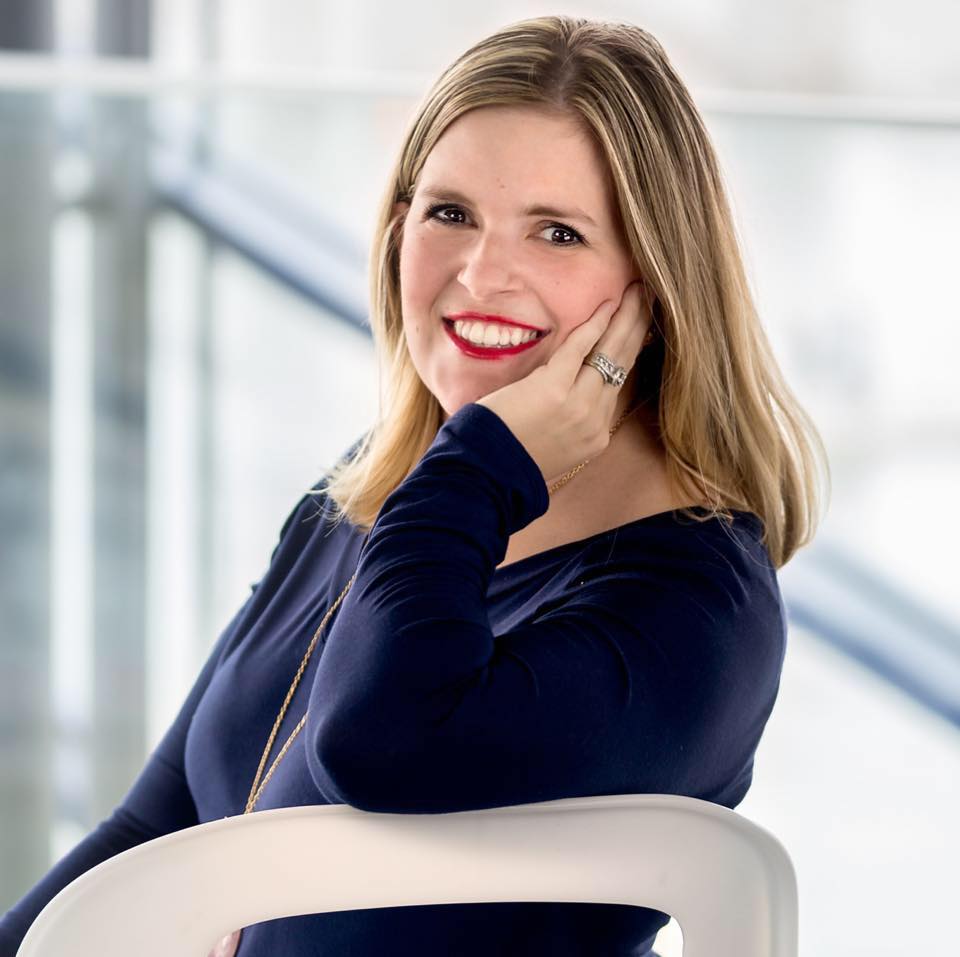 Kelly is a writer and editor, a momma of two, and a lover of good coffee. Her writing has been featured on Scary Mommy, Mom Babble, and the Oklahoma City Mom's Blog, where she's also the Managing Editor. You can follow her blog at www.theokmomma.com or on social media @theokmomma.