Pregnancy is typically a 9-month long experience of bonding, morning sickness, cravings, and magic. At least, that’s what we were led to believe. Recent research and studies debunk pregnancy myths and also prove some to be true. This new information gives new insight to life and the 9 months it took to create it.

1. Pregnant Women Have a Glow. 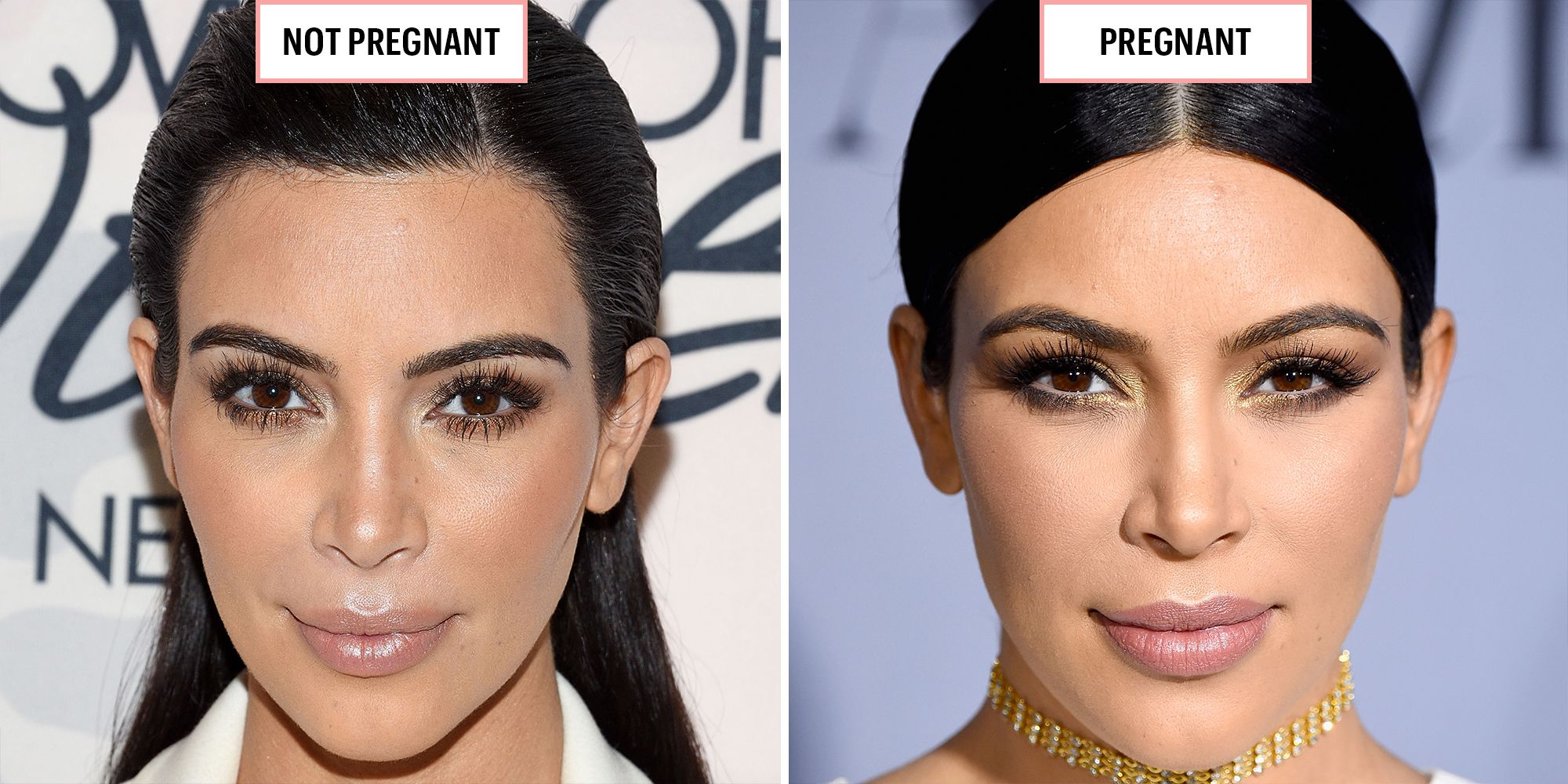 Some pregnant women are fortunate enough to obtain the glow. The estrogen and progesterone levels in the body of an expecting mother rise, as well as her blood flow. The increased levels of hormones assist the body in the development of the fetus, augmentation and also helps hair and nails grow faster, thicker and longer. The skin tends to become rosy due to an increase in blood flow. This rise in hormones along with the increased blood flow can sometimes lead to unwanted changes, such as spider veins, moles, skin tags, and broken blood vessels. The good news and the bad news are, a lot of these changes go away after pregnancy. 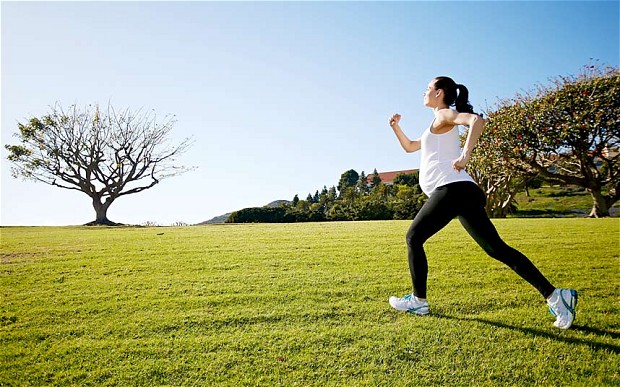 Too much strenuous activity is unhealthy for a mother and her fetus. However, exercise is actually really good for the baby. When a pregnant woman exercises, her baby gets a workout too. Women who exercise during pregnancy have babies with lower birth weights and slower heart rates. The slower heart rate is a sign of a healthy cardiovascular system. Their children also tend to have larger brains and therefore are more intelligent than the average person.

3. The Unborn Fetus is Just an Inert Mass of Living Tissue 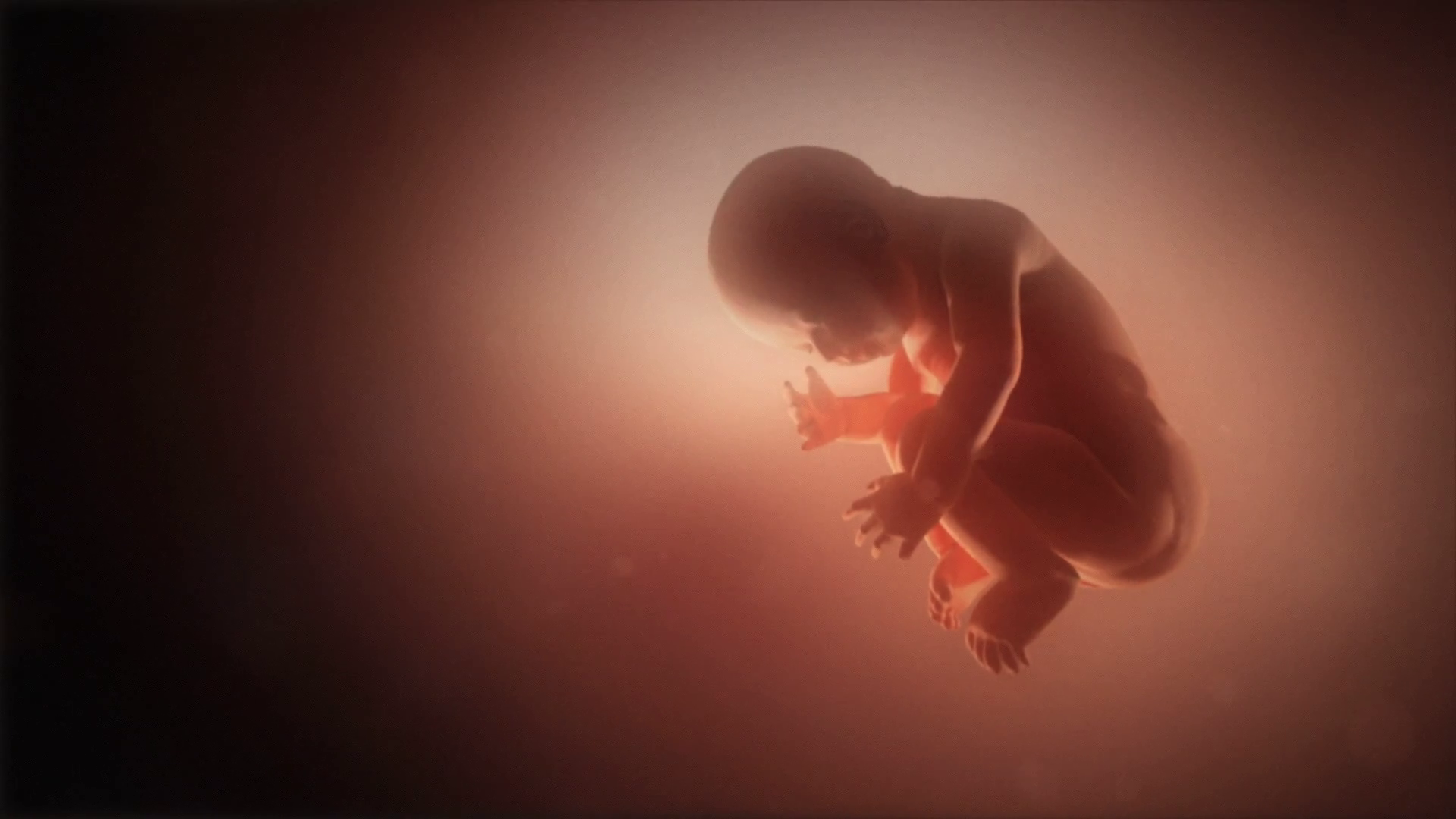 The fetus is technically a mass of tissue during the very early stages of pregnancy. As the fetus develops, it becomes more active. It reacts and can even adapt to its environment. The baby's environment is heavily influenced by the mother. Everything the mother eats, drinks and is exposed to will affect the unborn baby in some way. Even the mother's state of mind can affect the fetus. The fetus is sleeping during the majority of its consciousness and is believed to be in constant REM state. 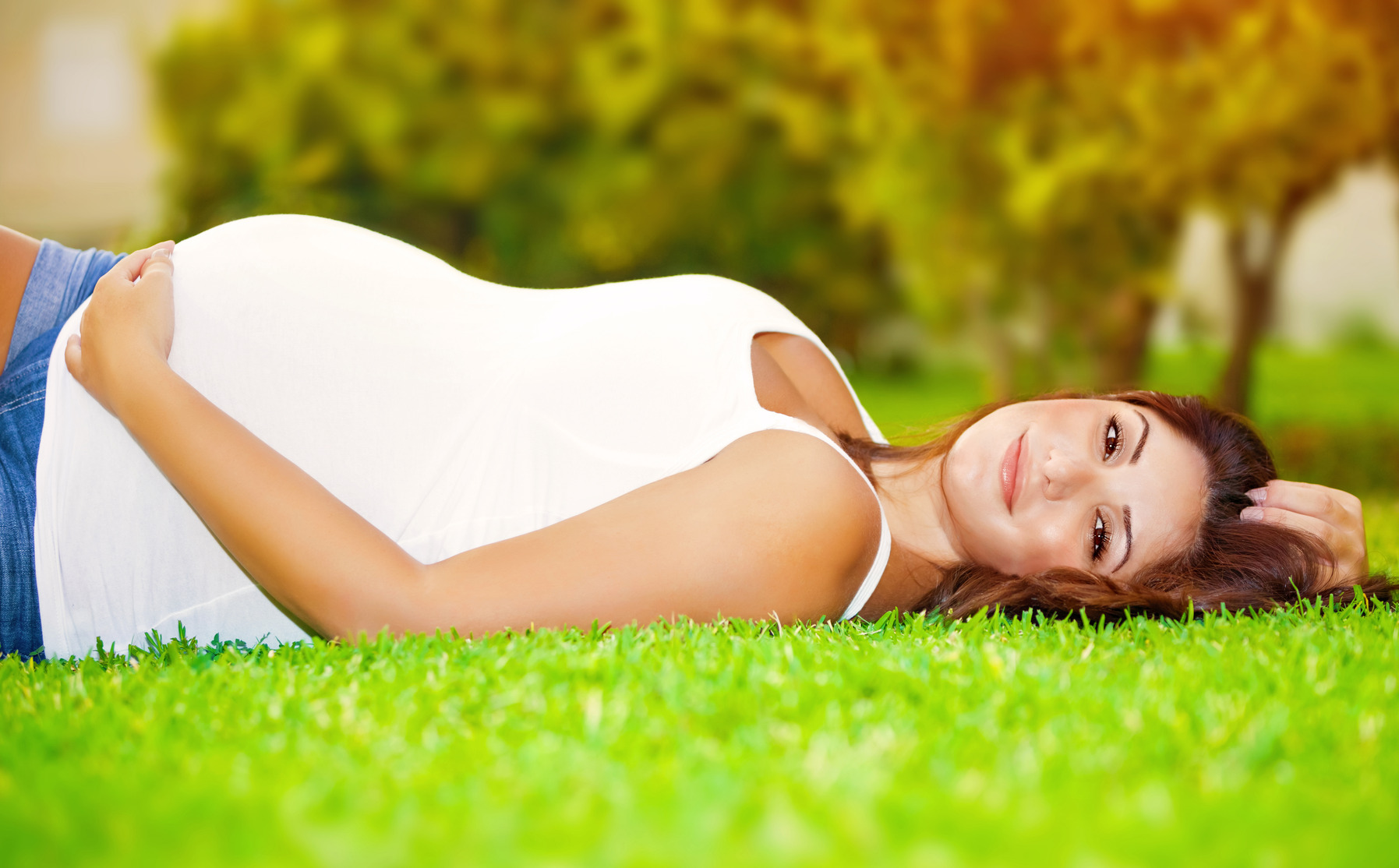 Pregnancy can have positive effects on the mother's brain. However, other factors such as mental health, stress, social and economic elements can play a part in a pregnant woman's overall mood. In fact, a pregnant woman and a non-pregnant can be afflicted with mood disorders just the same. Studies estimate 20 percent of women suffer from anxiety and depression during pregnancy, increasing the risk of premature labor and low birthweight.

5. Stress is Bad for the Health of the Expecting Mother and the Baby 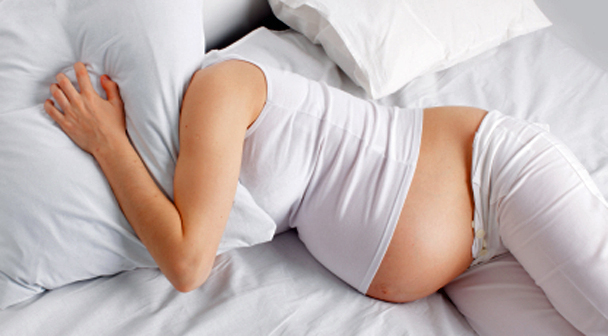 High levels of prolonged stress can negatively affect a pregnant woman's health. Stress is a common element in disease and other health-related issues. High levels of stress could also lead to complications with the pregnancy, such as low-birth weight and a compromised immune system. Surprisingly, not all stress is bad. Research shows that moderate levels of stress can have positives effects on a child's development outside of the womb. According to PregnancyCalculator.net, studies show that babies who were exposed to a moderate amount of stress have faster working brains in 2-week-old infants and toddlers with higher motor and mental development skills. 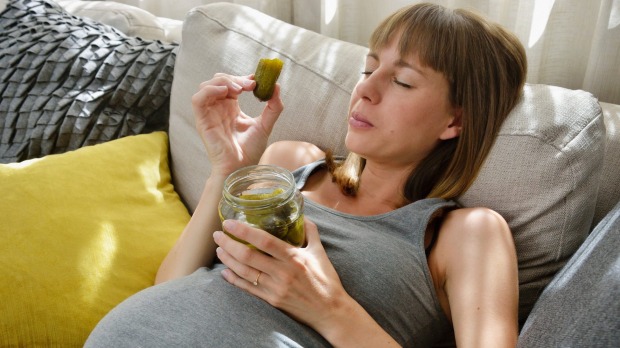 Sugar is terrible for everyone's health. So, it's a good judgment call to stay away from sweets especially when pregnant. Except for chocolate. Chocolate is actually extremely beneficial for the fetus. Research shows, women who ate chocolate every day, during their pregnancy, have children that show fewer signs of fear and seem happier at 6 months of age. Pregnant women who eat at least five servings of chocolate each week are less likely to develop preeclampsia.

7. Afraid of Pooping Oneself During Delivery 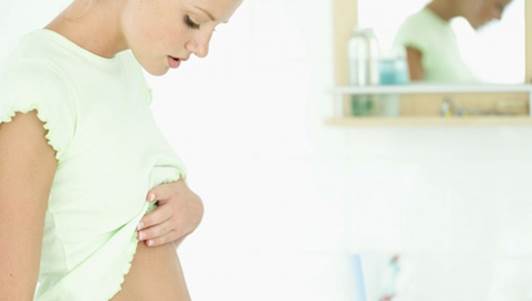 Birthing isn't the most pleasant experience. It's painful, messy and revealing. Mothers sometimes stress over their appearance and worry about having doctors and nurses in their personal area, not to mention the horror stories of women accidentally pooping themselves during delivery. Most women are too occupied with the contractions and experience to worry about themselves being exposed or pooping. Besides, Most Doctors and nurses are familiar with all of the bodies functions and won't judge a human body for doing what it's supposed to.

8. The Only Way to Know the Babies Sex is Through an Ultrasound 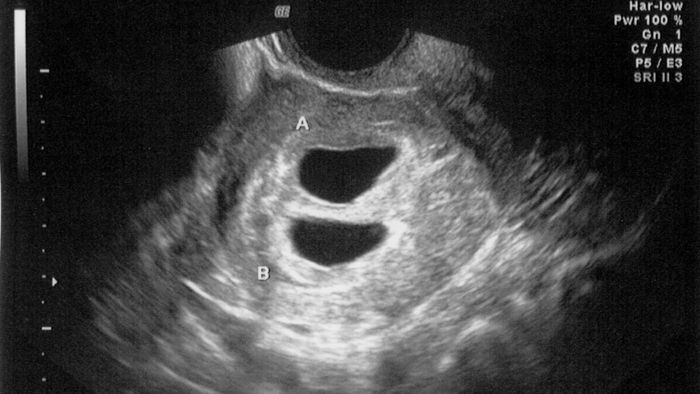 Ultrasounds and amniocentesis are some the most accurate ways of discovering the baby’s gender. However, studies have confirmed some of the old wives' tales are true. Research has confirmed that severe morning sickness likely means the baby will be a girl and a large appetite means the baby will likely be a boy. Studies show that women who depend on a dream or a feeling to determine the gender of their baby are usually correct.

9. Astrology Has No Effect on The Child's Personality 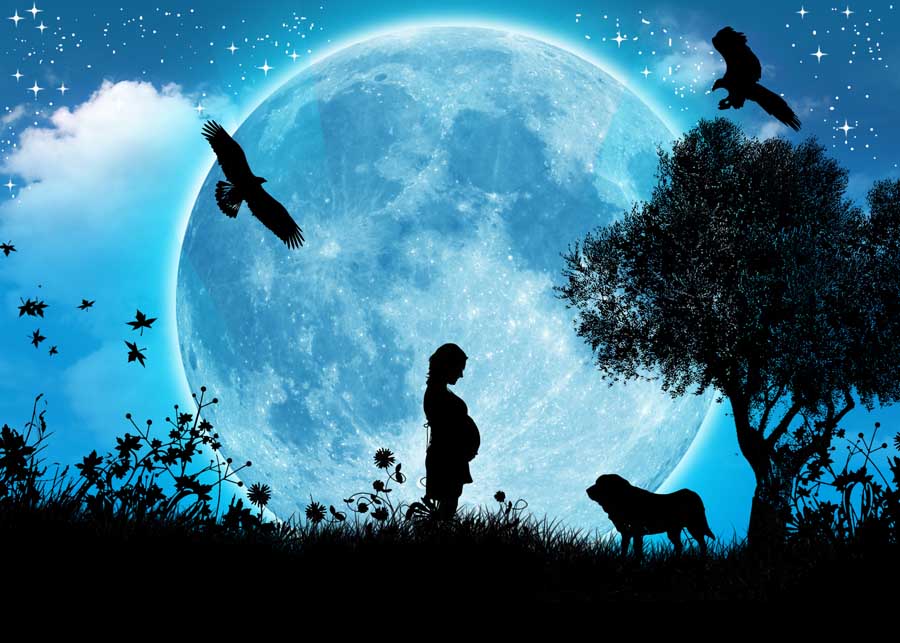 Astrology may or may not have an effect on a child's personality, but the time of year your child was born can. Studies have proven a child's birth month can have permanent and long-lasting effects on the child's mental and physical health. Children born in fall seem to be more naturally physically fit. Babies born in spring tend to be more optimistic and have lower depression rates.

10. Pregnant Women Don't Want to Be Intimate During Their Third Trimester 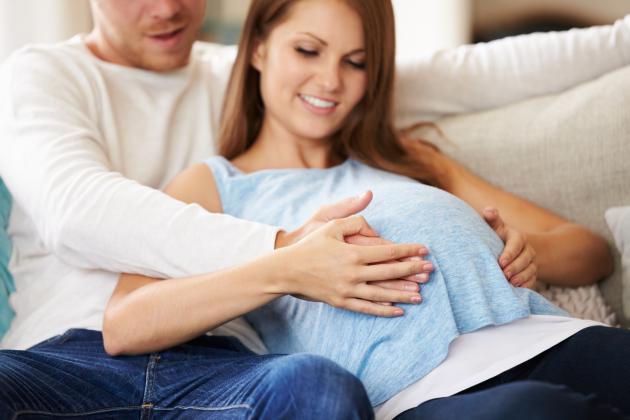 Pregnant women can sometimes feel unsexy and large due to the human life growing inside them, especially when their pregnancy is almost to term. However, many women feel quite the opposite. The high levels of hormones raging through the body usually increase libido and make pregnant women feel like sex goddesses.

Myths typically stem from some truth, and folklore does have a place in science. Expecting mothers do glow and they are happy, but some don’t share the same fortune. The truth is no one pregnancy fits all. Everyone is different and that’s what makes us all so unique. 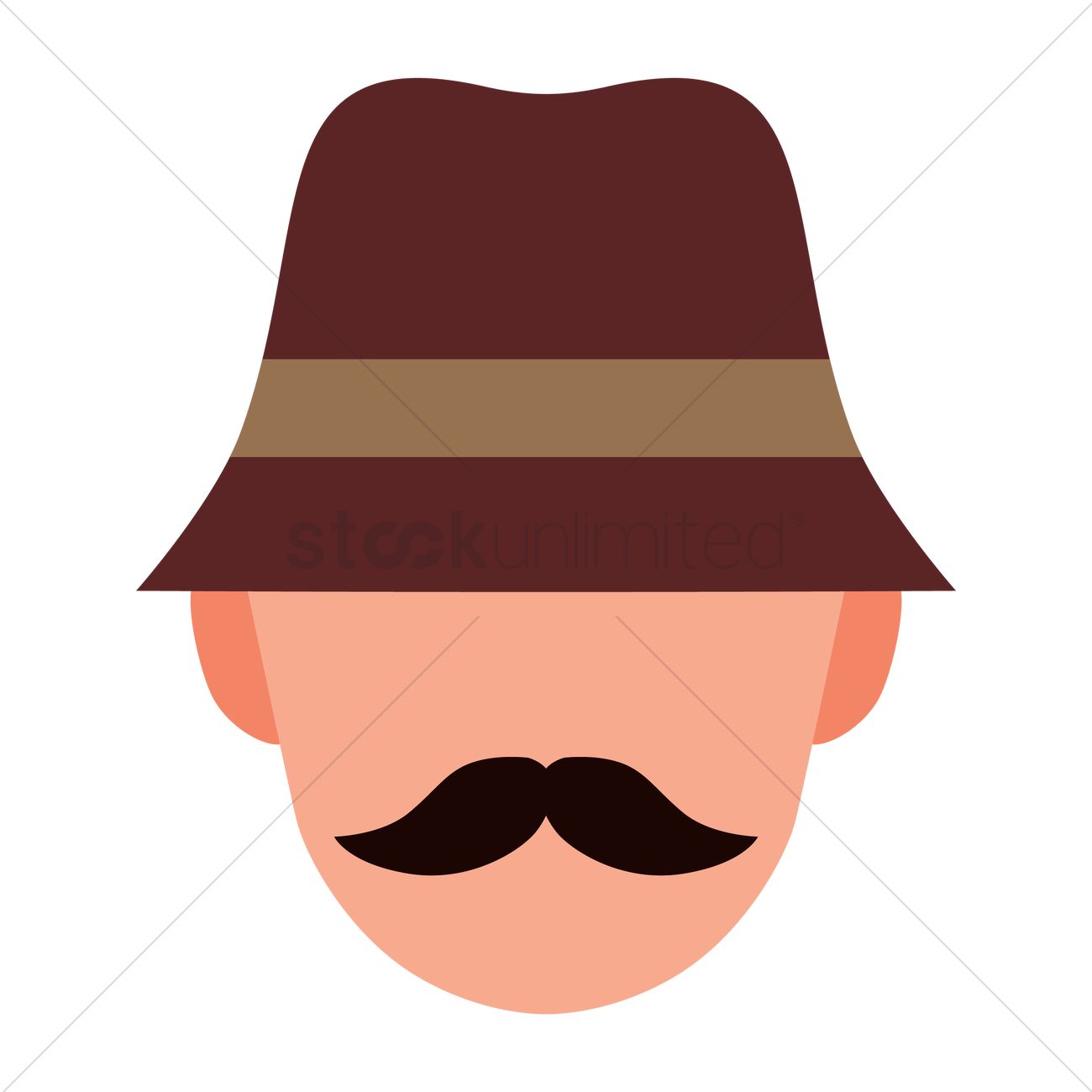 Is it Safe to Drink during Pregnancy?
Miscarriage Symptoms: Life Saving Information For Every Pregnant Woman
Pregnancy with Type 2 Diabetes: Totally Doable
advertisement

Is it Safe to Drink during Pregnancy?
Miscarriage Symptoms: Life Saving Information For Every Pregnant Woman
Pregnancy with Type 2 Diabetes: Totally Doable