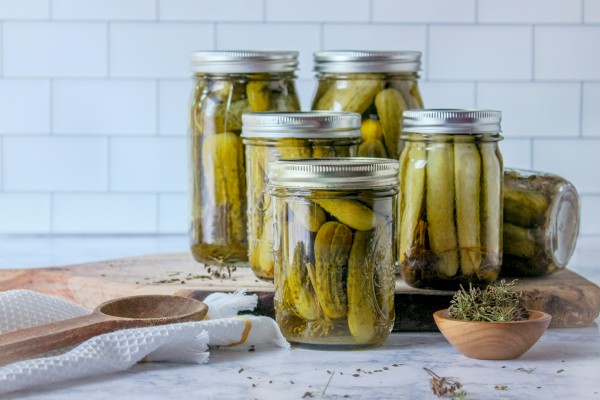 Some of my favorite memories of visiting my Grandma every summer were the sights and smells of garden vegetables being canned in her kitchen. My grandpa grew a huge garden throughout the year, and in the summer, one of the largest crops were cucumbers.

As the summer heats up, the cucumber plants produce loads of cucumbers, so making dill pickles becomes a frequent activity in our family for several weeks out of the summer.

These dill pickles are packed with garlic and fresh dill, and the brine in these pickles is more mellow and that’s one of the reasons we like it so much.

We usually pick grape leaves off of local vines that grow wild in our area. Grapes leaves are important for making pickles because they release tannins which keep the pickles crisp.

Garlic is one of the shining stars in this recipe. Make sure to use firm fresh cloves of garlic.

We like our dill pickles a little spicy and so we add ¼ to ½ of a fresh jalapeno to each jar. This is optional in the recipe.

Wash cucumbers with cold water and place on paper towels to drain. Trim a tiny sliver off of each end of the cucumbers.

Add 1 halved fresh peppers to each jar, with 2 cloves of garlic, 2 grape leaves and 1 to 2 large sprigs of dill per jar.

Bring water, vinegar, and salt to a boil. Pour over cucumbers, filling to within ¼ inch of the jar top. Run a butter knife down between the cucumbers and jar to remove any air bubbles and to make sure the liquid is covering everything completely.

Wipe off rims of filled jars with a clean damp kitchen towel, then firmly screw on lids with screw bands.

Place sealed jars in canner or pot and add enough hot water to cover by 2 inches. Bring to a boil, covered. Boil, covered for 10 minutes, then transfer jars with jar tongs to a towel-lined surface to cool. Jars will seal (you will hear pings, which indicate that the jars are sealed. You will notice that the lid is concave).

After jars have cooled, for 24 hours, press center of each lid to check if it’s concave. If it goes back and forth, then the lid did not seal and the contents need to be refrigerated and eaten within a week. 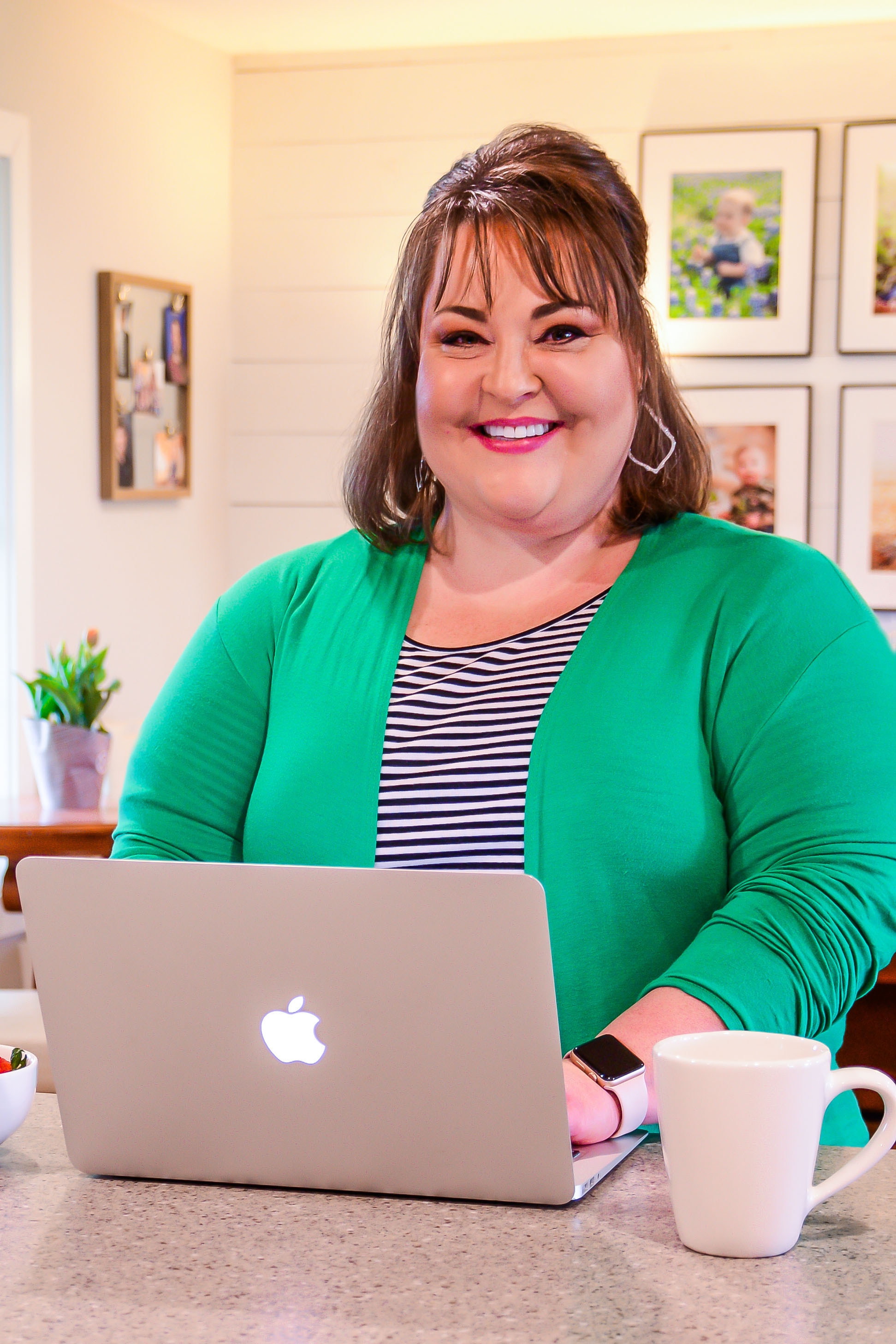