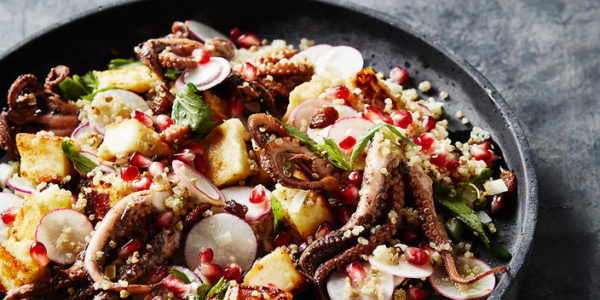 6 Interesting Facts about Octopus You like to eat octopus but do you know anything about octopuses? There is a lot more to know about these strange creatures which are edible, and people love to eat them. Do you know that there is a restaurant which offers you to eat the Octopuses alive? Does it sound something you can do? Can you eat a living octopus? Moving its arms in your mouth? Well, this is another debate, but we have to find out some interesting facts about Octopuses. First of all, let's know about what is the meaning of word "Octopus"? The word Octopus, was taken from the Greek word "oktopus", meaning "eight foot". All of us know that Octopus has eight foot but there are a lot of interesting facts about octopuses.