Published by Christa from the Hello Mamas App on April 21, 2016

Ever wonder why moms are so excited – or desperate – to meet local moms and to make new mom friends? It’s such a notable cultural phenomenon that it’s been written about tons and there are even companies creating mom apps. From the other (less messy) side of the delivery room it’s easy to wonder why. Can’t these mamas just keep on hanging out with their old friends? Who cares if they are at different stages of life, right?

Is it just that moms move on? Sometimes it looks that way. It comes up now and then that people without kids feel like they never see their friends with kids, and these folks usually suspect that it’s because the children and their schedules and their accessories have simply taken over their friends’ lives. And then you hear the people with kids saying they never see their non-parent peeps like they used to, and I suspect that they think that their old friends have decided they’re no longer any fun.

But you know what I discovered when I actually had kids? That, in most cases, neither group is right.

People don’t change all that much after having kids – yes, they devote a certain amount of attention and emotional energy to their babies, but for the most part, parents are deep down still the same people they always were, with the same interests and passions. It’s just that right now they are too tired to pursue them.

So why do friendships change after children? People with kids and people without kids don’t magically lose the ability to find common ground, after all. Why can’t they hang after the newborn honeymoon period has ended?

Here’s the real deal: People with kids are suddenly saddled with tiny drunken deconstructionists, whose intense curiosity appears to correspond with a raging death wish. 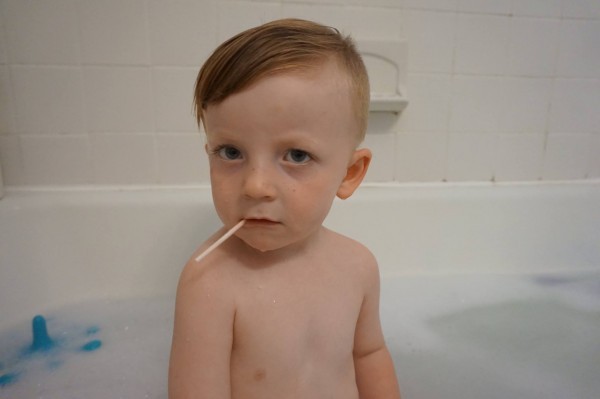 Stick my fingers in a socket? Sure! Climb up onto and then throw myself off the counter? Great idea! Shove a pencil up my nose? Excellent! What happens if I smash this? Or this? Or this? And for goodness sake, what does poison taste like? I need to know!

My theory is that the main reason people with kids and people without kids have trouble keeping in touch is that for years all of the places they used to hang out – nice restaurants, bars, kid-free condos, etc. – are off limits.

To give a specific example, I met up with some old friends recently for an outdoor barbecue that sadly got rained out about an hour after I arrived. It would have been the perfect opportunity to catch up because there was no trouble for my three year old to get into – until the weather got in the way. Almost everyone there decided to take the party back to the host’s apartment. I had to decline, but not because I really wanted to go home and talk to my husband for hours about potty training!

Nope, I had to decline because said three-year-old shouldn’t be invited into a house with valuable, breakable books, games, electronics, collectables, and other stuff that looks so enticingly like toys but really isn’t. Oh, and carpets. Because yes, potty training.

To all the child-free folks out there who are wondering why your friends with kids always seem to decline with regrets, I want you to know that they are probably doing it for your own protection. For real, when a parent with a child of a certain age says no to an invitation, it’s probably with your comfort, safety, and sanity in mind. You don’t want your stuff slobbered on. We don’t want to spend a whole party trying to make sure your stuff doesn’t get slobbered on.

If you really love us, you’ll keep inviting us over. And some day when it’s safe to leave our kids with a sitter or even home alone, we’ll be there and we’ll bring the wine!

What No One Tells You About Potty Training Your Strong-Willed Child
30 Easy Steps To Take Your Kids to a Public Bathroom
New Mom? 8 Things You Need to Know About Making Mom Friends
advertisement

What No One Tells You About Potty Training Your Strong-Willed Child
30 Easy Steps To Take Your Kids to a Public Bathroom
New Mom? 8 Things You Need to Know About Making Mom Friends