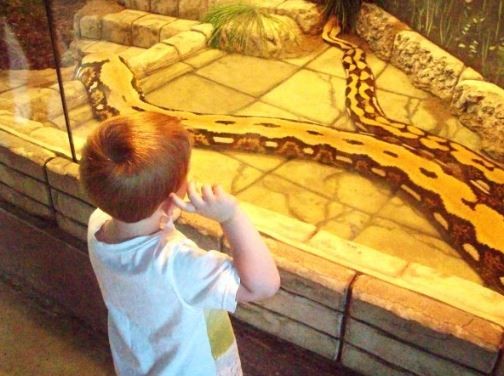 When I heard about the little boy who had fallen into the gorilla enclosure in Cincinnati, I was fascinated just like everyone else. Maybe it’s because I recall the hazards of raising two quick, mischievous preschoolers of my own just a few years ago. Maybe it’s because we live so close to an amazing zoo that we spent many carefree hours there nearly every week when my boys were small. Maybe it’s because we were at the zoo one day when a silverback rushed to the front of the enclosure and slammed his hand into the glass with such force that we all jumped in surprise. Or maybe it’s because we just can’t wrap our heads around how these majestic creatures that seem so warm and gentle lounging in their artificial habitats have both the intelligence and the physical strength to break us in half.

Would meeting the friendly faces on the other side of the glass be more like a dream, or more like a nightmare?

After watching a few news stories and hearing the eyewitness accounts, I felt comfortable that I had the gist of the story figured out. A mom at the zoo looked away from her child for a brief moment, as parents sometimes do. The child broke the rules, as children sometimes do. The mom and all of America were horrified to discover that the child had fallen into the gorilla enclosure. The gorilla acted like a gorilla, which created a dangerous situation for the child. The zookeepers, with little time and a child’s life on the line, could not read the gorilla’s mind and made a heartbreaking decision that will probably haunt them forever. The child was fortunate to survive. The loss of the gorilla was horribly tragic. Everyone learned some important lessons. Life moves forward.

BUT THEN I started reading all of the commentaries. I read one and then another and then another. Each time that I read one commentary, a new one would pop up, and soon I realized just how naïve I had been to think that this incident was an isolated tragic accident, the devastating result of the perfect storm on what could have been an ordinary day at the zoo. This incident was not about one little boy, one flawed enclosure, and one tragic loss. There are so many MORE lessons we can all learn.

1. Zoos are a death trap. Seriously. Yes, I have been to the zoo probably 275 times in the past ten years. My kids have gone to camp at the zoo and attended preschool right beside it. No, we were never injured, nor do I know anyone who has accidentally or even purposely entered an animal enclosure without permission. Yes, this child was the first and only child in 38 years to sneak into the gorilla pen at this particular zoo. But these places are DANGEROUS, with a capital D, and a capital A-N-G-E-R-O-U-S, too. They are marketed as safe places where kids are educated and entertained, but N to the O. I now regret everything my children learned there and all of the wonderful memories that we made. Totally not worth the risk.

2. Children must be watched EVERY. SINGLE. SECOND. Sure, we already knew that we need to watch our children carefully, but that’s not what we’re talking about here. We are talking about the NEW standards. Whooooaaaa, Mama! Did you just blink? The new rules say that there is no time for blinking if you are responsible for a child. There is no time to answer your phone, even if the school is calling to say that your other child just barfed on the playground. There is no time to dig through your purse to find your keys or an old, open pack of fruit snacks to calm said child who is throwing a fit. And don't even think about using the restroom unless your child can squeeze into the stall with you and stare into your eyes while you pee. A good parent never looks away. NEVER. But don’t be a helicopter parent. That is bad, too.

3. The only way that you can accomplish #2 is if you only bring one child to any public place. This means that zoos should have a one-child-per-adult policy. Yes, this means most families will rarely get to visit, but safety is the goal. That means no more school field trips, but as a frequent field trip volunteer, I’m okay with this. And that means no more zoo camps, unless the camp has a 1:1 ratio of kids and teachers, which means that camp will now cost $750 a day. Safety at all costs, right?

4. These higher costs will be more affordable if we just institute a law that families are allowed to have only one child each, unless, of course, the family can afford to hire multiple babysitters, in which case two kids might be okay. This law will make it easier for parents to keep their eyes on a child at all times so that even when they are still unable to prevent a tragedy from happening, they will at least have the opportunity to watch the event as it unfolds.

5. Zoos definitely need to have barriers that are more difficult for children to penetrate, and it is essential that EVERYONE insists upon this because a zoo would never think to make changes after an accident like this unless every single person on the Internet pointed out that this should happen. Also, zookeepers do not love people, and they do not love animals. It takes a special kind of person to be a zookeeper, someone with no feelings. I had no idea.

6. In this case, the child was tempted to visit with the animals after watching them in the enclosure, so it would be best if the children who are visiting the zoo don’t actually see the animals in order to prevent such a temptation. The most logical update would be for zoos to build a very tall brick wall in each exhibit that would be located between the animals and the zoo visitors. Safety first.

7. If someone commits a crime in our country, that person is innocent until proven guilty. However, if a parent does something that probably is NOT a crime but that infuriates the public, then that person is most definitely guilty until proven innocent. That makes perfect sense. If you don’t really think about it.

8. It is VERY important for every single person who wasn’t actually involved in a situation involving a family to judge the mother’s actions, even when the people who actually did witness the incident agree that the mother did nothing wrong. If we don’t, she will probably never learn anything at all from the situation. As we all know, a mother isn’t likely to torture herself enough by replaying a terrible incident involving her children over and over and over again for the rest of her life.

9. Any mother who does look away from her child for any reason ever should definitely go to trial with a jury of her peers. And since other mothers might be biased, the jury should primarily include people who have never raised, taught, or babysat young children before. To be fair, there should be at least one mother on the jury, but she should be well known for starting sentences with “My child would never . . .” The death penalty should always be considered an option, even if it is determined that no crime was committed.

As you can see, we all learned some important lessons from what TRULY was a heartbreaking and tragic situation that happened recently at one of our Ohio zoos. If you will excuse me, I need to check on my children, who are playing soccer in the backyard without any supervision. It looks like I will be seeing you in court, or at least in the court of public opinion. 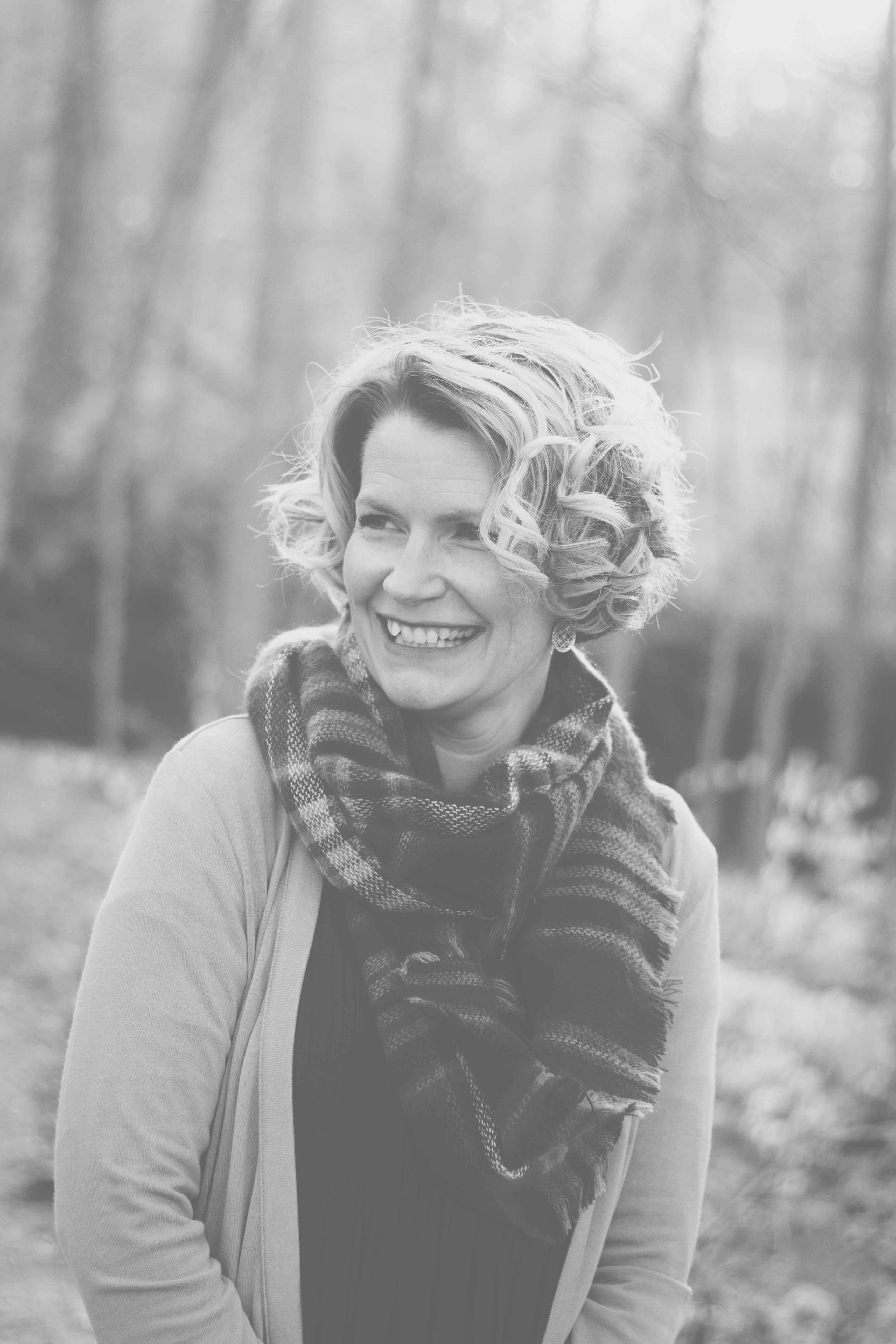 I am a loving mama, a passionate language arts teacher, a loyal friend; a runner, a writer, a reader; a tireless encourager, an ocean lover, a creative spirit; and a recovering perfectionist who is still chasing fireflies in the midst of a chaotic world. (Photo Credit: Natasha Faye Photography)

Is that your child or a wild animal?
5 Summer Activities for Kids That Won't Break the Bank
4 Fun Things to Do with the Kids in Austin, Texas
advertisement

Is that your child or a wild animal?
5 Summer Activities for Kids That Won't Break the Bank
4 Fun Things to Do with the Kids in Austin, Texas