To the Little Boy at Chic-Fil-A

Published by Lauren Casper on December 16, 2015 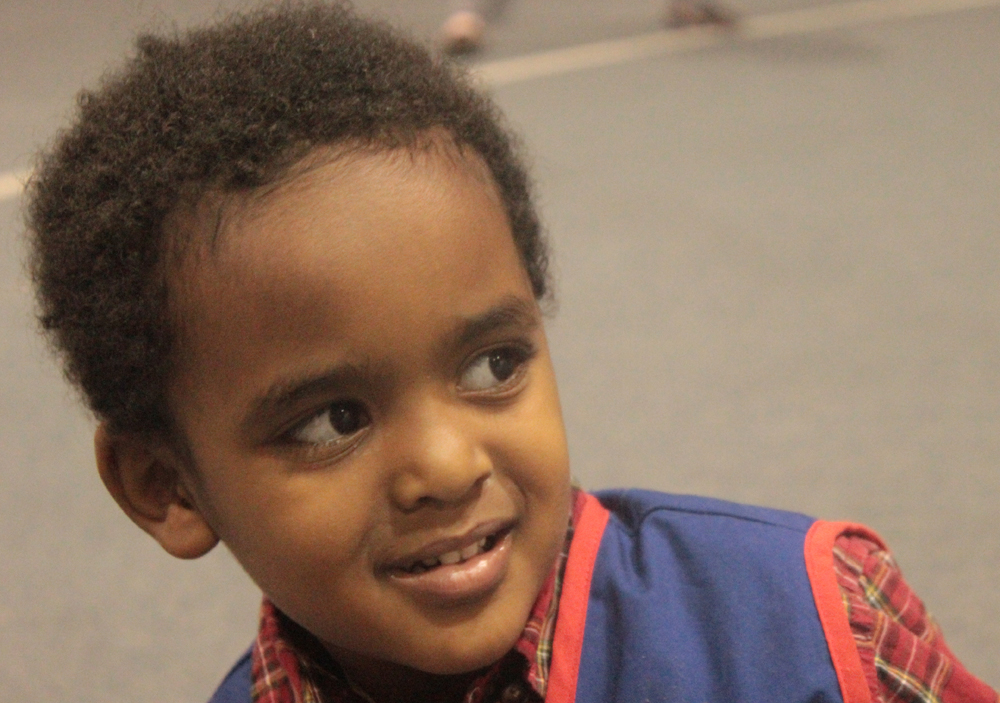 We were out of our normal routine and in a location we’d never visited before. This Chic-fil-A was bustling and the play area was full of kids – most of them bigger than mine. We ordered food, chose a table right up against the glass of the play area so we could watch the kids, and settled in. Mareto seemed to be enjoying the loud play of the other children while the rest of us ate and talked and made sure to check on him every few moments.

About halfway through the meal I did one of my routine checks and found Mareto in the corner of the play area – knees curled up under his chin, arms wrapped around his legs, rocking back and forth. I knelt down in front of him and asked, “What’s wrong, bud?” A noticed a boy hovering nearby but didn’t pay much attention to him. Mareto lifted his face and I saw the tears. My heart broke for him as he tried to explain that the bigger kids weren’t being nice.

I put the story together and could tell that the other kids weren’t trying to be mean, but they were playing a game Mareto didn’t understand (cops and robbers) and he couldn’t figure out the social cues. So his feelings were hurt and he was trying to self soothe.

As I listened and nodded the little boy standing nearby came right up to Mareto, and stood before him to say, “Do you want to play with me?” “You can be my friend!”

Suddenly I paid I lot more attention to this boy. As I looked at his face I could tell he was a couple years older than Mareto. I thanked him, told him that he was so kind, and then asked him his name. “Gage.”

“Mareto this is Gage! Did you hear what he said?” Mareto shook his head. Gage repeated himself confidently, “Do you want to play with me? You can be my friend!”

Mareto uncurled and stood up. “Yes, okay. We can be friends.” He wiped his face, smiled at Gage, and the two ran off to play. For the rest of the time we were there Gage never left Mareto’s side and the two had a wonderful time playing. On the way out I made sure to find Gage’s mom and tell her what a sweet boy she had and that she was clearly doing a wonderful job. She smiled, but didn’t seem surprised. Obviously this is typical of Gage.

Later, in the car, Mareto brought up how sad he was when the other kids weren’t nice to him. I said I understood, but then I reminded him of Gage. And because of one little boy’s kindness I was able to show Mareto a lesson I’d been trying to tell him for awhile. That even if everyone else is doing something you don’t like, all you need is one friend. One person can make a difference. One person can change your day. I asked him how he felt after Gage asked him to play. “Good. I like Gage.” Now Mareto knows to just find one person to be friends with, one person to care and understand, and it will be okay. And the importance of being kind to others was just reinforced in his heart in a powerful way.

Gage, I want to thank you again. You’ll likely never read this letter, but maybe someone else who needs to hear this message will read it.

Gage, you are a kind person with a good heart. Those are two things that can never be taken away from you. Don’t change. Don’t ever stop sticking up for people smaller than you and reaching out to the person alone in the corner. You can change the world just by being exactly who you are. You might not think you are brave, but you are. I remember childhood and I know just how much strength it takes to leave the pack and do what no one else is doing. You could have kept playing with the children your age and no one would have noticed. But you chose to do something different and it brightened our day and taught my kids an important life lesson.

Gage, I could tell you didn’t know there was anything different about my son. You had no idea he has autism and you weren’t trying to be a hero. You were simply being nice and showing compassion and care to a child who felt left out. And that’s all that matters.

Just keep being you – because who you are is beautiful. And thank you for making our day.

The Little Boy Whose Name Means Peace
How My Son's Autism Helped Us Create Our Own Special Path to Learning & Reading Together
I Did My Best, But My Son Still Wound Up in the ER
advertisement

The Little Boy Whose Name Means Peace
How My Son's Autism Helped Us Create Our Own Special Path to Learning & Reading Together
I Did My Best, But My Son Still Wound Up in the ER