The one Guy I can always count on!!

This Father's Day is extra special to me because my dad has colon cancer and we thought we'd lost him in April,after surgery when he went septic and spent weeks in the ICU. I spent that time praying and hoping that dad would make it and reflecting on what dad means to me.

Dad taught me a lot,most of the time when I wasn't even paying attention but it stuck. One of my first memories with dad is listening to "hey Jude" and him telling me that the beatles was the greatest band ever and took me swimming that day and then to buy the 8 track with that song on it. Every time I hear that song I can smell sunscreen and the happiness of being little.

Dad taught me to love the outdoors and animals. I was probably seven and riding with him in the car one day when we came to an abrupt stop. He'd seen where an opossum had been run over and all the babies from its pouch had made it,but were running scared all over the road.He took a hankerchief from his back pocket ,put all the babies in it and we took them to his brothers farm.His brother raised them and released them in the wild but it taught me to respect all creatures. Its the very reason that I have saved many a turtle from getting hit by a car.

Now, all these years later dad is the one guy who will tell me I'm pretty and I know he means it. He still grabs me , will pull me on his knee,feel of my hair and kiss me on the cheek just like he did when I was five and I appreciate it more now than ever. I realize now how much dad has made me who I am and i love him for that. 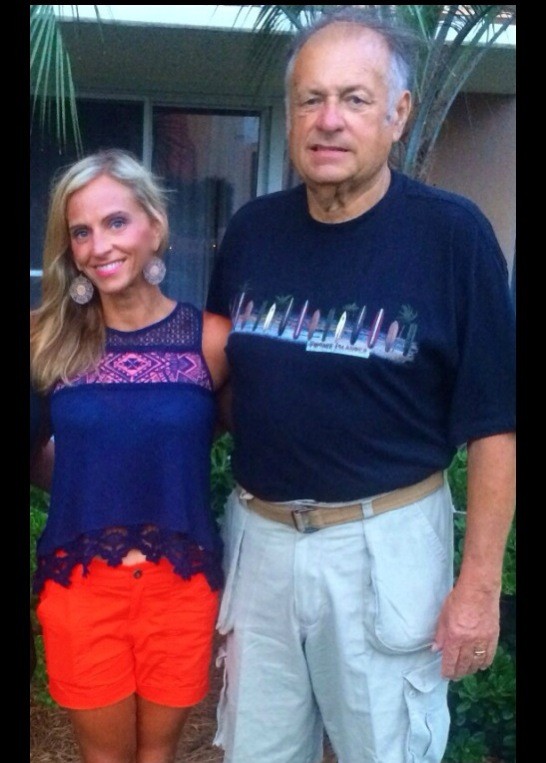 Lisa Maxwell is a college teacher, fitness lover, and mom of 4. She's the founder of Cardiocupcakes.com, a health blog. She's been featured on the Huffington Post and appeared on many game shows.

THE DAD MY HUSBAND COULD HAVE BEEN.
8 Simple Rules From My Dad
Tough Choices
advertisement

THE DAD MY HUSBAND COULD HAVE BEEN.
8 Simple Rules From My Dad
Tough Choices