The 5 Must-Have Skills They Don’t Teach in School - Make Sure To Instill Them in Your Kids!

When my daughter, Schuyler, was in school, she struggled with a non-verbal learning disorder.What that meant was that everything involving shapes, figures, spatial-relations and organization was profoundly difficult for her to grasp.Learning to read was excruciating.Identifying shapes of states or countries – perplexing.Her brain just wasn’t wired to interpret a graph, line up numbers for a long division problem, or solve a geometry question. And taking a bubble test – fuggedaboutit! 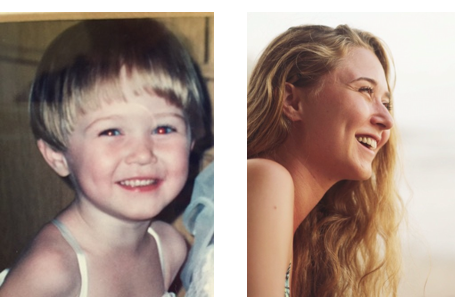 If you have a child who struggles with skills required to succeed in an academic setting, school can be a daunting experience for her and the whole family.I used to ask myself, “How will Schuyler make it in life if she can’t pass math?” “Will she ever graduate from high school?”Well guess what? She graduated.Today, she is thriving in the non-academic school of life.

What I didn’t know at the time (and what I can see clearly now looking back) is that her academic struggles forced her to work on abilities they don’t teach in school. It is these other non-academic abilities that shaped her into the successful young adult she is today.What are these non-intellectual factors?They are: curiosity, devotion to a passion, persistence, a tolerance for failure, and self-control.As someone who has been there, done that, and learned the hard way, I encourage you to do whatever you can to foster these abilities in your child, because all kids need them to succeed, and they aren’t in your school’s curriculum.

Nurturing your child’s curiosity will help him develop a love of learning that will take him far past school.How can you do this?Help your child explore whatever inclinations captivate him.Notice what sparks his interest and then give him the tools – be it books, classes, museums, theater, mentors – whatever – to explore further.When Schuyler was in middle school, she discovered that she loved being on stage – performing in a play, singing, doing aerial circus tricks – this lit her up like nothing else.It was my job to help her find opportunities to be successful in that world.We don’t get to choose what captivates our children.We can only be attentive to it and offer support.

I’m sure you’ve read about the “ten-year rule.” Geoff Colvin talks about it in Talent is Overrated.All the research shows that in fields from sports to academics to athletics to arts, no one becomes great without ten years of hard preparation. The clock starts ticking whenever a person begins to pursue their deep interest in something.By the time Bill Gates started high school, he had already put in over 10,000 hours playing with and studying a computer available at his private school.By the time Schuyler graduated from high school, she had performed in at least ten plays, requiring hours of rehearsals and preparation.She was already on her way.

Stanford University Psychologist, Carol Dweck, has written extensively about the importance of not praising children for being smart, but instead praising them for their efforts.She says that children praised for their natural intelligence and talents often give up easily when faced with tasks they don’t think they can do.Children praised for working hard are more likely to seek out challenges, persist in the face of difficulty, and handle setbacks more gracefully. When you have a child, as we did, whose brain doesn’t mesh with the demands of school, you must have faith that there’s value in praising her for trying, for her strategy, her persistence, her hard work, her choices, and mainly, for not giving up.When Schuyler was 21, she raised money to make a feature film called Here One Minute; she helped write it, acted in it, produced it and got it into a Film Festival. I don’t think she would have had the grit to do this if we hadn’t cheered her on for every effort she made to overcome the visual-spatial problems that plagued her since kindergarten.

Michael Jordan says that failure is the key to his success. “I have missed more than nine thousand shots in my career.I have lost almost three hundred games.On twenty-six occasions, I have been entrusted to take the game-winning shot…and missed.”It is frustrating to practice something you aren’t good at over and over again, but that is the only way to go from bad to good and good to great.Enroll your child in piano, tennis, or any activity that interests him so he can experience what it is to work on something that he isn’t good at until he masters it.Knowing that you have to stumble before you can triumph is a valuable life lesson that inspires kids to push ahead in the face of difficulty.

Doesn’t it make sense that we are all beholden to our self-control?No matter how smart or talented you are, you must forgo lazy days at the beach in order to practice to master something.To become an Olympian or a doctor requires sacrifice before reward. Research by Dr. Roy Baumeister, a psychologist at Florida State University, shows that building up self-control in one aspect of your life (such as daily exercising) improves your overall ability to self-regulate in all areas of life.As parents, we must teach our kids to wait for rewards in a variety of every day situations so they can strengthen their self-control “muscles” and improve their odds of achieving their goals.One important way to do this is to NOT rush in and help your child every time he asks.It’s okay to say, “I can’t help you now, but I will after dinner.”Encourage your child to take on projects and activities that take a long time to pay off.Make sure he doesn’t get hooked on immediate gratification and teach him to tolerate the frustration of waiting.

These five qualities are required for life success, but are not taught in the classroom.It is up to you, Mom and Dad, to nurture them in your child.For Schuyler, a learning disability drove her to work on non-intellectual factors not in the school curriculum.She was curious enough about performing to want to explore it more.Ultimately, she became devoted to her passion of acting and went right from high school to a conservatory.No one ever had to push her to practice or rehearse.She persisted, tolerating failures along the way to mastering her craft.It has taken her years to get where she is today, but she is willing to wait and keep working because growing up, she mastered self-control.

Whether your child is an academic superstar or one who struggles with learning differences and needs to find his own path, these qualities are key to thriving outside the classroom.Children don’t acquire them at school or in one or two easy lessons at home.It takes years of parents planting the seeds before they take root.If you plant them now and tend to them as your child grows, your child, like mine, will emerge from school with the ability to flourish in the everyday life.

Karen Quinn, is the mother of 2, and co-founder of www.TestingMom.com.

Karen Quinn (aka The Testing Mom) is a national best-selling author of The Ivy Chronicles and Testing for Kindergarten. She is also the founder of the very popular educational website for parents and their kids called TestingMom.com.

How Can You Support Your New Kindergartner through the Exhilarating, Exhausting, and Emotional Start...
If She is Drowning, Please Save Her
Four Things You Can Do RIGHT NOW To Stop Disabling My Daughter
advertisement

How Can You Support Your New Kindergartner through the Exhilarating, Exhausting, and Emotional Start...
If She is Drowning, Please Save Her
Four Things You Can Do RIGHT NOW To Stop Disabling My Daughter