Stop, Drop, and Talk — The Importance of Talking to Your Child

In a world where emoji’s are beginning to replace words and expressions — conveying a message to someone has taken on a new meaning. Public settings have become a little less chatty and it’s not uncommon to find rows of people in the bent-neck, plugged-in posture. Very little human-to-human communication, no eye-contact, minimal speech. As a child who grew up in the late 90s, my playtime consisted of board games, toys, friends, parents, and a lot of human-to-human interaction. Today’s playdates commonly consist of groups of toddlers playing on tablets or smartphones, not communicating with each other. A poll conducted last year by the American Speech-Language Hearing Association (ASHA), found that 68% of the sampled parents with 2-year-olds use tablets and 59% use smartphones. What was most alarming, was the 52% of parents who reported being concerned about technology negatively impacting the quality of their conversations with their children and the quantity of conversations they engage in.

Verbal communication provided by human-to-human or parent-to-child interaction is critical for learning and language development. As electronic devices begin to take on the role of pacifiers, it’s important for parents to become more aware of their child’s communication health.

Below are some simple facts and expert advice on speech and language disorders in children.

Common and overlooked signs of speech and language disorders

There comes a time when “twick- ow- tweat” turns from cute to concerning. It is the communication problems that directly impact speech, that are the most noticeable to parents and teachers. These include trouble with reading and writing, stuttering, frequent mispronunciations, and abnormal sounding speech. The signs of a communication disorder that often get overlooked are more indirect and nonverbal. “We are more likely to overlook children's difficulties learning words and /or sentence forms because it easier for us to fill in based on our knowledge of the language. When a child is somewhat quiet and well behaved we are also more likely to overlook any communication difficulties that they are having,” says Dr. Lisa Bedore, professor and director of the speech-language pathology program at the University of Texas at Austin. Signs of a communication disorder often begin as early as infancy. Dr. Sonja Pruitt-Lord, associate professor of speech, language, and hearing sciences at San Diego State University says that absence of social interaction and inability to understand what others are saying are early signs. At age 3 or 4, they may struggle to follow simple directions. Parents are advised to monitor their child’s speech and language development and have their child’s speech, language, and hearing screened at a local clinic or school.

How can I foster my child’s language development?

So you downloaded all the apps and bought all the electronic gadgets that were marketed to encourage your child’s language skills, but your child still won’t talk as much as you would like them to. Dr. Bedore and Dr. Pruitt-Lord both emphasize the importance of parent-child interactions when it comes to fostering child language development. “The human interaction involved in play is special because children respond well to the timeliness of adult responses when they are talking to people (as opposed to watching videos for example),” says Dr. Bedore. Even if your child does not always respond back to you, it is important to keep talking to them and make the conversation fun and interesting for them. “Engage in conversations as though your child is responding. Talk about what you’re doing and what your child is doing, wait during the conversational turn, and respond. Read books, talk about the pictures, sing songs, play games,” says Dr.Pruitt-Lord. Though adults can model complex language behavior, other children can play just as great of a role. “ Interacting with other children can help children use language to negotiate with peers. Talking to people outside the family unit introduces new content - preschool opportunities enrich children's environments in this way,” says Dr.Bedore.

When it comes to fostering early language development, traditional methods such as reading a book and playing with traditional toys prove to be much more effective than modern methods. Talk to your child and give them ample opportunities to talk to you. Be patient and model good communication by slowing down your speech and using gestures. Most importantly, put down your phone and listen to your child. Even if it may seem silly to respond back to their babbling, know that to a young child getting your attention is their most coveted reward.

My child is bilingual, does this mean that they are more at risk for a language disorder?

Being bilingual or teaching your child another language in addition to English, does not cause a language delay. “There is evidence that being bilingual has advantages in language and cognitive development. Bilingual children may say their first words slightly later than monolingual children, but still within the normal age range of 8 to 15 months”, says Dr.Pruitt-Lord. Both Dr.Bedore and Dr.Pruitt-Lord advised that parents should worry about a language delay if their child is having trouble verbally expressing themselves in both languages and is withdrawing from social interaction because no one can understand what they are saying.

I think my child has a communication disorder. What should I do?

First of all, do not worry. Communication disorders are treatable and with the right intervention from a licensed speech-language pathologist, your child will be on track to improving their communication skills. It is important to note that early intervention is key to improving outcomes. As a spokesperson for ASHA’s Identify the Signs Campaign, Dr.Pruitt- Lord promotes the fact that early intervention for speech, language, and hearing disorders can dramatically improve treatment and quality of life for those affected. “Treatment takes longer and is more expensive if problems are not detected early. The sooner a communication disorder is detected, the better the outcome. Unlike many disabilities, some speech, language and hearing problems can be reversed and even prevented if they are detected early,” says Dr.Pruitt-Lord.

Every child is different.

Each child develops at their own pace and language development is no exception. “ It is important for parents to keep in mind the whole child ”, says Dr. Bedore. She encourages parents to focus on the pleasures of routines around play, conversation, and storytelling when they are interacting with their child. This can also mean participating in a favorite extracurricular activity or other activities that the child enjoys. The key is to make communication enjoyable and natural for the child.

Technology is not a sufficient substitute for the language-rich environment created through simple parent-child interactions and traditional play. Though technology may continue to promise an enhanced version of practically everything, when it comes to early language development the best and most effective way will always be priceless.

If you are concerned or unsure about whether or not your child has a speech or language disorder, consult a speech-language pathologist. For more information on speech and language disorders visit identifythesigns.org . 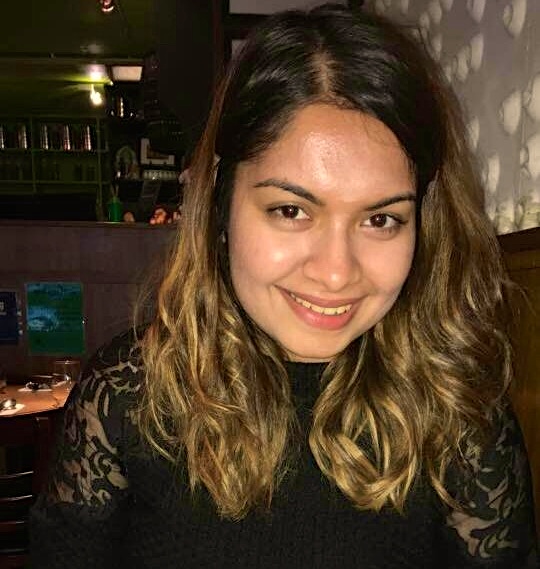 Marsha is a college student majoring in Speech and Hearing Sciences. She contributes to Huffington Post and runs a non-profit organization-Softest Voices. She can be contacted at softestvoices@gmail.com