Published by My Dishwashers Possessed-Kathy Radigan on September 15, 2015 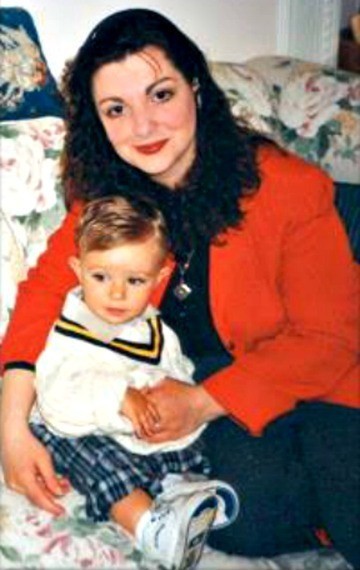 Have you ever sat in a PTA meeting and broke out in a sweat as you recall that you sent your kid to school with a plain old sandwich and juice box while the woman next to you is describing the lunch she packed for hers. The one complete with bread she made herself and cut into the shape of a snowflake?

Or while you are watching your angel play at a Baby-and-Me class, you text your husband that there’s no need to save for college because, surely, junior will never get in. There is your little one happily playing with the bubbles and laughing each time they pop, while the mother and ten-month-old next to you are discussing the molecular structure of the bubble. In French.

If this sounds familiar, you have experienced a touch of competitive mothering, and if you are like me, it can do some strange things to you.

My first baby was just three months old when I realized that I might be susceptible to this behavior. Tom was lying on the floor on a blanket very happily playing with his toes when a package came for us via FedEx. The guy looked at my son and asked how old he was. When I mentioned that he had just turned three months, he said his son was the same age and that his baby was laughing out loud and making sounds. I smiled and before I could even think, I said, that’s great, my baby turned over for the first time yesterday.

For the record, I lied, Tom had not yet turned over. (Though he did do it two days later.) And for the life of me I couldn’t figure out why I cared that this guy’s baby was doing something mine was not.

Later I admitted what I did to my husband, and we laughed about it. I realized I would need to keep my competitive spirit in check. Motherhood was not a race. There was no prize at the end. My job was to help my child be the best person he could be. That’s it.

And that is what I thought I did. But to be perfectly honest, I did try to be my ideal of the modern stay-at-home mom. I baked pumpkin bread and banana bread for play dates, made sure there was always a nice mix of music for Tom to listen to, set up pretend petting zoos with stuffed animals, and spent hours agonizing over the best party favor to give one-year-old babies for his first birthday party.

I filled our days with every baby and toddler class available and belonged to three different play groups. When it turned out that Tom had some learning differences, I got him all the help I could as early as I could get it.

When we did have “down time,” I made my share of cars out of boxes, had parades with instruments we made ourselves, and flew kites we made out of straws, old Christmas ribbons, and construction paper. I’m really grateful Pinterest wasn’t around because my creations were never worthy of a photo, just a fun way to spend an afternoon.

I’m also grateful that I had friends that were nice enough not to make too much fun of me — at least not to my face.

Life had other plans. Learning issues, life threatening allergies, stitches, epic stomach bugs, and hurt feelings still happened no matter how on top of my game I was, or how many homemade crafts and cookies we made together. I had two other children, and my time was soon stretched to the limit. I started cutting myself a lot more slack.

As I became more forgiving of myself as a mom, I started to have a lot more fun with my kids. I also enjoyed my time with other moms a lot more. I could appreciate their beautifully kept homes or amazing cupcakes without feeling inadequate. I no longer am striving to be the perfect mother, I just work on being the mom my kids need me to be, which most days seems to fit us all perfectly.

This piece was previously published on Kathy's site, My dishwasher's possessed!

I"m Not Kidding, Parenting Can Be Romantic
The Parenting Lesson my Youngest Child Taught Me
Letting Go Of The Boy And Embracing The Man
advertisement

I"m Not Kidding, Parenting Can Be Romantic
The Parenting Lesson my Youngest Child Taught Me
Letting Go Of The Boy And Embracing The Man