Adam Levine: About Your Latest Song

Published by Carrie Cariello on August 31, 2015 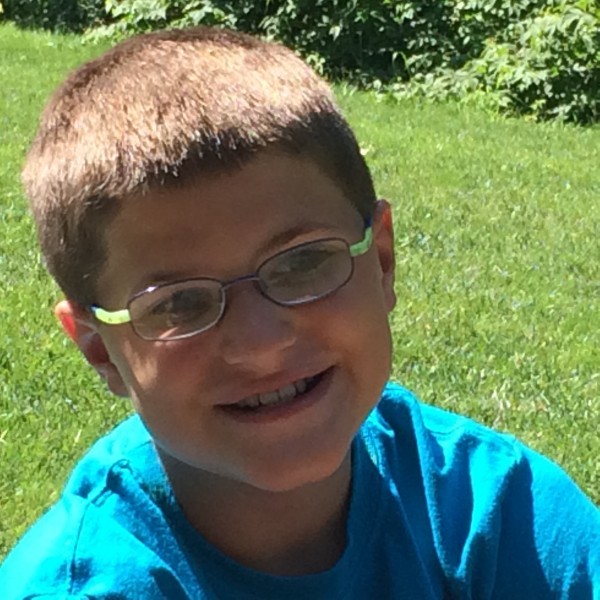 I saw you in concert about seven years ago outside of Boston, when Maroon Five opened the show for the Counting Crows.

Ever since then I’ve really enjoyed watching your rise to meteoric stardom.

I actually have a lot in common with your lovely wife, Behati Prinsloo. We both have unusual names, for starters. I am Carrie Cariello and she is, well, you already know her name.

And we also sort of look alike. I’m probably about fifty pounds heavier than she is and my hair is a little shorter—to make it easier when I need to run out the door and drop the kids off at karate and baseball and stuff.

You know what? Never mind. We look nothing alike.

Aside from your obvious talent—just love that song Sugar, by the way—you seem like a nice person.

I wept when I read about how you stretched out on the floor of a locker room next to a 10-year old fan who had Down Syndrome, because he was overcome with panic at the thought of meeting you, his rockstar idol.

That’s why I wanted to write and share a story about your latest song, “This Summer’s Gonna Hurt Like a Mother—–.”

At first, I didn’t think much of it. I mean, I heard friends of mine, mostly parents with young kids and teenagers, complain about the title and the lyrics. But then my 11-year old son, Jack, downloaded it onto my phone.

Like a lot of people diagnosed with autism spectrum disorder, Jack is fascinated with music. He plays and thinks and talks about it constantly. It’s the first thing he listens to in the morning and the last thing before he closes his eyes at night. I think he hears music even when there’s none playing. You might say it is the symphony of his subconscious.

Listen, Adam. I get it. I’m not exactly an angel. I’ve been known to let a few bombs fly every once in a while, especially if I stub my toe on the corner of the kitchen stool or something. That really hurts!

But I have never—even once—announced, “Hey kids! Dinner is going to taste like a mother— !”

Or, “Man, getting a splinter out hurts like a mother—!”

I know, I know, the radio bleeps it out. But anyone who rides the bus to middle school knows what that word is. It’s not so hard to figure out.

Like many people who have autism, language is hard for Jack. It slips in and out of his grasp like a cold-blooded snake. It is the skill he works the very hardest for, and the first to go when he’s under stress.

He mixes things up; for my tall, blue-eyed boy, finding the right phrases and descriptions is like searching for the proverbial needle in a haystack.

“I need it the sauce. For the chocolate on my ice cream.”

Yet he takes every word he ever hears, whether he understands what it means or not, and locks it away inside his brain the way your or I might close our fists around a copper penny. He holds on to it tightly, until one day he drops it to the floor.

Let me give you an example. A few days ago, Jack asked me, “Why do ladies. For breest cancer. They get it only for October?”

At some point last fall, he saw a flyer or read an ad for Breast Cancer Awareness month. And then he stored it away in his magical mind, only to have the penny resurface again nearly ten months later.

Like many kids who have a diagnosis, Jack has to go to something called Extended School Year, or ESY for short. It’s basically summer school, and he hates it. He’s always hated it.

This summer, though, was different. They did a lot of fun projects and I never once had to drag him, kicking and screaming, out of our minivan and past all the people staring at me in carpool and into the school with my black stretchy yoga pants sliding all over the place.

(Does Behati wear yoga pants out in public? I didn’t think so.)

He actually wanted to go every morning. So you can imagine how confused I was when I picked him up last Wednesday and he slumped next to me in the car; teary, upset, distraught, yet at the same time distant. He’d been so excited to go that morning because they were making wallets out of duct tape.

“Nothing. Do not for ask me. I need the radio.”

When Jack has decided he’s done talking, he is done. Finito. Finished. He is impossible to unlock. His thoughts and ideas and opinions and anguish stay sealed up tight behind an invisible, impenetrable wall like silent little pharaohs in a tomb.

But if I take my time and tiptoe very slowly and knock ever-so-quietly on the wall, he will eventually answer.

“I could not almost. Make for the duct tape WALLET.”

“Why? Jack, what happened?”

See, another thing about Jack and autism and language is that he is literal. Women-only-get-breast-or-breest-cancer-in-October literal. If someone says it’s raining cats and dogs, he actually looks up into the sky to see if a pug is going to fall out of a cloud.

And when another student in summer school shows up one day with a sunburn, and the teacher says to that student, “Wow! You got a sunburn! Does that hurt?” Jack connects the dots. He connects sunburn and takes out the sun part so it’s just burn and hurt. Then he thinks of your song, and he shouts out, “That must hurt like a mother—–!”

Then he gets into trouble and for a brief time, the coveted duct tape wallet project is painfully suspended, dangling in mid-air just out of his reach.

Adam, I like playing with language too. I like pushing the limits and testing the boundaries and teasing out nuances and metaphors from simple phrases. Mostly, I like to use words and sentences to give shape and color to our family of five children and our life with autism.

As a musician, I bet you re-read and re-play your words constantly, trying to make sure the chords and notes and phrasing is just right. Not me.

Once I write a piece, I hardly ever look at it again. It’s feels too personal, too raw. But one time, a magazine printed an essay I published about traveling with a child who has autism, so I read it again. A particular line stood out to me. I almost couldn’t believe I wrote it—that it came from my own brain—because it so perfectly captured my never-ending negotiation with the spectrum disorder.

This is exactly what I do day in and day out. I try to fit Jack and the world together; not exactly like two pieces of the same puzzle, but more like, oh, I don’t know, maybe tentative hands reaching toward one another.

Imperfect and messy, yet patient. Willing.

I guess you could say your latest song presented me with an opportunity; a chance to explain the whole penny-in-the-fist thing to people.

And it gave me a chance to educate Jack about swearing, about how some words are nice and others are mean and how it’s important to understand the difference.

Mostly, it gave me the chance to write and tell you that you have power. You have influence. What you create and write and sing is important.

I doubt this letter will ever find it’s way to you. I doubt you’ll ever read my words. But if by some chance you do, maybe the next time you sit in your studio or with your guitar to write a new song, you’ll think of more than a platinum album or a Grammy award.

You’ll think of autism and language and bright, shiny pennies.

You’ll think of a boy named Jack, with his light brown crew cut and almond-shaped eyes.

You’ll think of my son, perched on the edge of his chair in a warm classroom, twisting a roll of duct tape back and forth in his hands.

I Know What Causes Autism
Would I Change Him?
Why Do People Stare?
advertisement

I Know What Causes Autism
Would I Change Him?
Why Do People Stare?