A Huge Lesson I Learned From This Halloween...

Halloween may be my favorite holiday. I mean, I love all holidays, but Halloween is the first biggie of the holiday season...my favorite time of year.

I remember the first time I ever went trick-or-treating. We had just moved to Chicago from Ireland a few months prior, and I was having a little problem getting my feet under me. There were new customs, new people, new accent (or lack thereof).

I was only five, and at that point in my life, I don't think I'd ever even heard of Halloween.

Throw in the fact that my over-protective mother, the woman who told me never to talk to strangers, was now (reticently) encouraging me to knock on the doors of strangers and ask them for candy. We would, of course, be checking said candy for razor blades, but it was a good first step.

I was Casper the Friendly Ghost for my first Halloween; my brother was Spiderman. They were the thin plastic costumes with the eye-poking masks. They were incredibly painful, but we didn't care. This was the price we were willing to pay.

I always think back to those days fondly whenever we take our boys trick-or-treating. They're some of my earliest vivid childhood memories, and getting to see my sons Sam and Ben experience the same joy (in much more comfortable costumes) always makes my heart smile.

So imagine my surprise when I literally wanted to punch someone not five minutes in to this year's foray.

St. Louis has a really odd but kinda cool peccadillo when it comes to Halloween. Most of the adults who hand out candy will ask for a joke in exchange for a fun-size Twix. Some folks find this absolutely ridiculous, while others consider it charming to have a seven year-old say, "Bacon and eggs walked into a bar, when the bartender says, 'We don't serve breakfast here!'"

Benny had a good one this year.

However, this almost resulted in a very ugly scene with my son, Sam. Not five houses in, I was taking a couple of pics of the boys. While Sam was waiting in line about five kids back, I walked around the front so I could get a nice snap of him taking a piece of candy from one of the parents in the neighborhood.

And this was a good house. The owners had a fire pit, music, and lights and spooky sounds to set the scene. And they weren't giving out the orange and black individually wrapped pieces of candy, or "Mung" as my friend calls it; they had Kit Kats, Hershey Bars, Almond Joy, and Reese's Peanut Butter Cups.

The owner also had, as I would soon discover, a few drinks before trick-or-treating even began.

So Sam was finally at the front of the line, and he said, "Trick or treat."

And then, I swear to God, this happened:

"The president, dork. I heard that one already."

This man, while showing off for everyone around him, belittled a nine year-old, and then called him a name.

I was so absolutely stunned, I had no idea what to do. I thought of several illegal things I would like to have done to this guy, or at least verbally tear him to shreds, but all I could think to say was, "You did great, Sam. It's hard to tell a joke, and you told it really well." And then I patted him on the back and we walked back to the street together.

To the guy's credit, and it's the only credit I'll ever give him, he immediately felt terrible. He started calling after Sam, "Hey, you did a good job, kid," but at that point, the damage had been done. He had already shown his true colors. We didn't look back.

When our youngest found out what this guy had done to his big brother, he said, "Man, I shouldn't have gotten candy from that guy."

Yet at house after house, Sam was undeterred. Thankfully, he's got the disposition to let things roll off of him as best he can, and he continued to tell the same joke, with a few others peppered in for good measure.

At one of the last houses we went to, I walked up with him.

The owner smiled at Sam. "Wow, man, that's a cool Spiderman costume! Do you have a joke?"

And then the owner of this house said the most remarkable thing: "Wow, that's the best joke I've heard tonight! Great job!"

As Sam grabbed his candy and yelled out "Thank you!" while running to meet the other kids, I asked the guy, "How many times have you heard that joke tonight?"

"About twenty, but it's a good joke," he smiled.

As we walked back to the house to count the loot, I couldn't help but think of the times when I may have acted like the first owner...to my children or really any kid...instead of acting like the owner I had just met. How many times had I dented confidence, did I tear down instead of build up? And how could I do things differently going forward.

I won't always be successful, and probably haven't been completely successful in the three days since, but I know that I'm grateful for the good, and the bad, that happened on Halloween night. And at minimum, I'm at least going to be cognizant of my words and actions going forward.

Oh, and by the way, this is one of my favorite jokes: Did you hear about the dog that limped into the saloon? He was lookin' for the man who shot his paw.

Feel free to use that at your discretion. 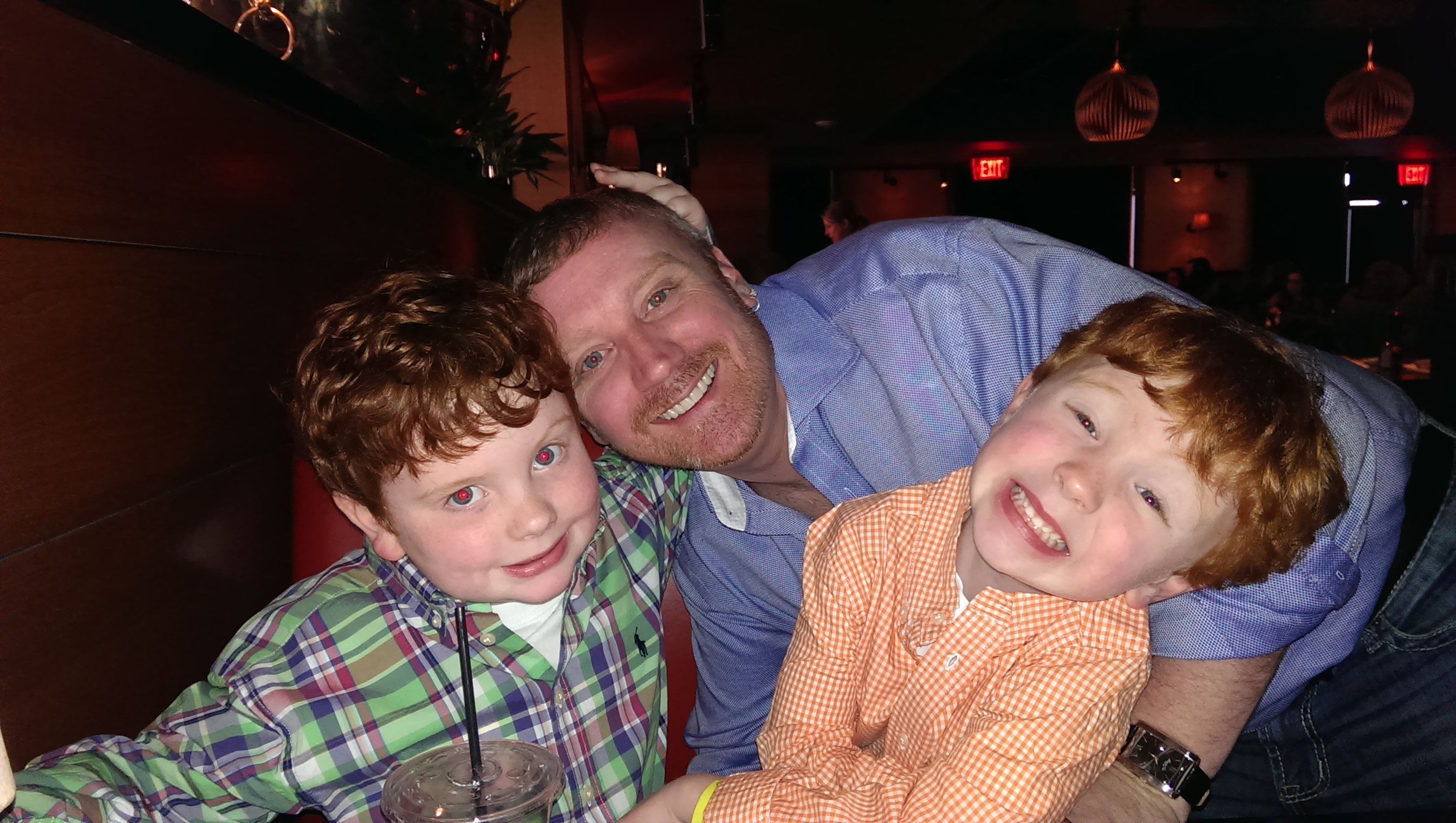 Dan is a husband, dad to two boys, filmmaker, author, speaker, and a fan of cooking, playing the piano, and Spongebob.