You Will Surprise Yourself!

​I had a lot of dreams and expectations before becoming a mother. I expected the journey to look a certain way - it didn't. I expected myself to be a certain kind of mother - I wasn't. I expected my children to be a certain way - they aren't. The only two realities that matched my expectations was the intense and overwhelming love and attachment I had for each of my children from the very moment I drew them into my arms, and how much I absolutely love being their mom. Everything else I thought I knew about what parenthood would be, I could have tossed out the window.

We brought our son home from Ethiopia on a cold February night. After 36 hours of international travel, including so many mid-air blow outs that I ran out of clothes for my new baby and pulling over at a rest stop on the drive home from the airport so the three of us could huddle in the backseat crying with exhaustion together, we made it. After hot showers for us and a warm bath for him, we collapsed into bed - our first night home. 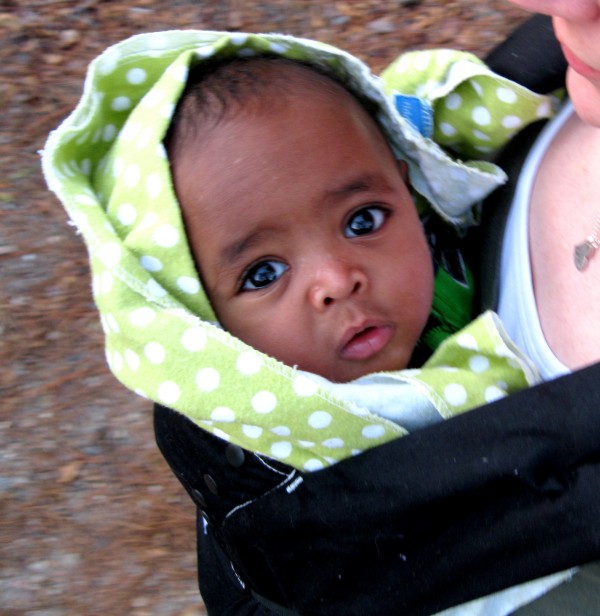 The first week home with our 5 month old bundle of love was just what I imagine it is for most new parents - a mixture of fatigue and delight and discovery. But then my husband went out of town for a 3 day weekend trip that had already been postponed for us once. I was left alone for the first time with my son and a double whammy of new mom exhaustion and intense jet lag. My son was on a schedule of waking every two hours to eat and be comforted. The combination was ... hard.

The second night on my own I found myself sobbing on the kitchen floor with the phone in my hand. "I can't do this for 18 years!!!" I wailed to my husband on the other end of the line. He laughed sympathetically and reminded me that it wouldn't be this way for 18 years. But in my state of exhaustion I couldn't imagine that I wouldn't be this sleep deprived forever. Thankfully my husband was right. 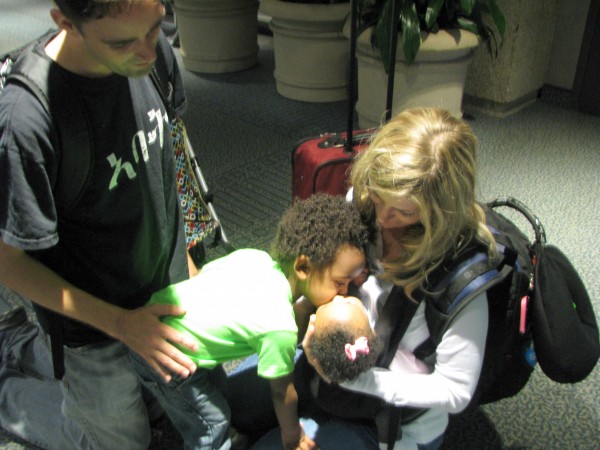 (Our first moment as a family of four - just after I stepped off the plane with our daughter, Arsema.)

I remember my own mother telling me years ago that it used to bother her when other women would tell her that they could never do what she was doing. My father served in the military for nearly 30 years and my mother endured numerous deployments; taking care of the three of us alone while my father served our country. She hated that comment and said her first thought was always, "Yes you could! If this is what was asked of you, you could do it." I understand her feelings now more than ever. 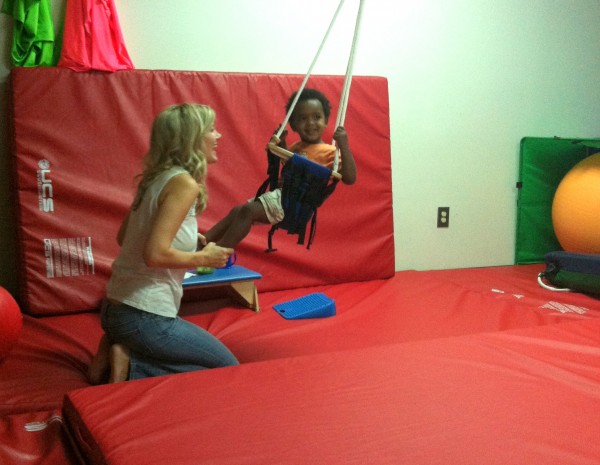 (Getting involved in feeding therapy with my son.) 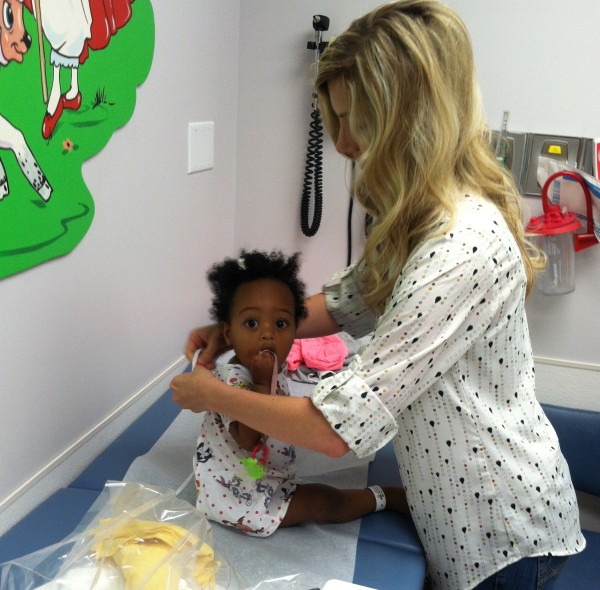 (Prepping my daughter for her first surgery of many.)​ 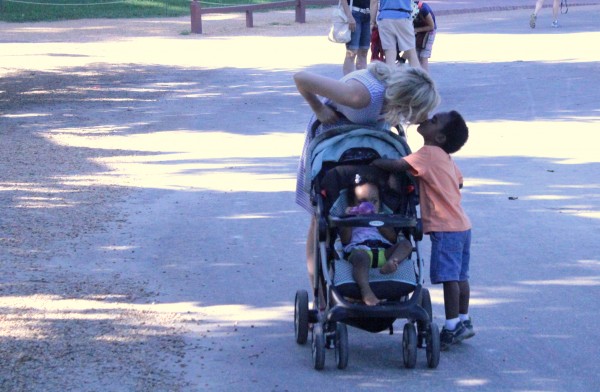 (A random moment of affection from my son.)

We can do hard things. We will surprise ourselves.

You will surprise yourself you're rocking your almost five year old through a three hour middle of the night meltdown because his nose "doesn't work."

You will surprise yourself when you sit in the waiting room of the children's hospital and spend the next three days jumping at every phone call while waiting for your daughter's biopsy results.

You will surprise yourself when your husband goes out of town and the world doesn't collapse and you actually do get both kids to school, maybe not on time, but you get them there!

And other people will surprise you, too. Sometimes you will lose friends who simply can't accept that your life and your role changed drastically when that little person entered your world. But others will amaze you at their kindness, grace, and generosity.

They'll surprise you when they bring meals to you every night for a week while you adjust to having a new baby.

They'll surprise you when a Starbucks coffee shows up on your porch in the middle of a tough day following a rough night.

They'll surprise you in the way they reach out to love you and your children over and over again.

A stranger at Trader Joe's will surprise you with a bouquet of flowers and a kind word.

So if you are in that exhausted puddle of tears in the middle of your kitchen floor tonight I want to say to you, sweet mama... you can do it! You will surprise yourself so many times throughout this journey of parenthood. You are stronger than you think you are. You don't have to love every moment to love being a mother. You aren't alone. You won't feel strong every day, but you are still strong. You can do this.