Why yes, they are wild… and I couldn’t be more proud!

Published by Whitney Diedericks on February 14, 2020

Recently we moved to a subdivision in the beautiful community on the Panhandle in Florida. Since I work from home, my boys now can take the bus home run inside the door, drop their bags or hang if they have the where-with-all to remember, grab the walkie talkies and rush out to play. They spend hours outside in front of our house or others. They are now living the similar childhood to the one I had where we were only expected to be seen when the streetlights came on and then we still tried to push it after that. The neighborhood kids played kick ball to our own rules with the sewer drains or crack in the road being the bases. Teams were picked and if you weren’t good, then you were picked last. No parent was there to supervise to make sure feelings weren’t hurt. Things weren’t perfect but I sure remember them as if they were.

The other day in our new neighborhood our retired neighbor came out and told my boys they weren’t allowed to play outside on the street and that it was against the rules. Of course, he was speaking of the HOA rules of the neighborhood, but I think what he really meant was the rules of raising children in today’s age. Today’s children are more often required to keep quiet and if they are not quiet, hand them a phone or an iPad, and then be appalled when they can’t break free to have a conversation. Our children are forced to read by the time they are 5, ferociously working on sight words in preschool so they can keep up in elementary school. Once they hit elementary school in a 6 hour day they are given 15-20 minutes of recess and then expected to come home or go to aftercare for most working parents, deal with homework and juggle the sports that they are signed up for because God-forbid you don’t have them specialized by the time they are 8 or they will never make the team later on. ADHD and behavior problems are rampant, and the seemingly only solution is to medicate your child. To give them a stimulant that wreaks havoc on their sleep, destroys their appetite, may or may not have long term effects, just to sit still, be less impulsive, focus and ultimately perform. Today’s teachers are so busy because the demands of schooling or standardized tests has been so thrown out of proportion that their resources are stretched thin. Not to mention the horrendous yet sadly necessary active shooter drills that are now part of every school.

My beautiful littlest wild child was diagnosed with ADHD and boy, was it a worthy diagnosis. At 7, the immediate and only recommendation was to medicate. The Pediatrician even told me that he would keep a standing order available because he could see it with his own two eyes as my son is jumping up and down shaking his arms all around in the corner. His energy was oozing out of him as he had just come from a full day of school and then was forced to wait close to an hour to see the Dr. I refused and we started the journey with an alternative Doctor that we were fortunate enough to find, be able to afford the 100% out of pocket costs and be near. In his paraphrased words, “We start at the bottom, break apart his system, and change things as we move up the ladder which could end at medication, but we do not start from the top down.” Lo and behold, my son had a gluten and dairy intolerance, and a massive leaky gut issue along with other vitamin deficiencies (and no, my children do not eat fast food for lunch every day). Diet change and monthly supplements have changed his life therefore indicating that he didn’t truly have ADHD.* It wasn’t a straight path, it sure hasn’t been pretty along the way, and he makes more mistakes then the “average” child, but we aren’t medicating a problem that didn’t exist. He is beautifully wild, and his biggest challenges are his biggest gifts and many times, not the rest of the world cannot see that. They see an unruly, overly impulsive, defiant, wild child. Oh, what they miss.

I love the children I see all around and who they are becoming. Today’s modern parent has learned from previous generations and have made tweaks when needed or have mirrored the good. We are teaching our children that hard work will pay off but should not be at the expense of others. Kindness and inclusion are paramount and different means beauty. Even amid that, our children are losing their right to simply be children. Simply get out there and play with dirt under their nails, make their own rules and their own games. To be wild and free with loads and loads of energy that doesn’t need to be reined in and put behind a screen but burnt off.

Don’t get me wrong, I do empathize with my neighbor while wholeheartedly disagreeing with him (and silently thinking a retirement community would be more his speed). My two boys are wild, loud, and rough house when they disagree which can be in the middle of the street. It can be overwhelming but break them apart they will have each other’s back and whomever they are with. When my children leave the house, I ask them every single time, “What do I expect of you?” to which they answer, “Kindness and respect”. Will they make mistakes? 100% guaranteed but a bigger mistake would be trying to silence them by screens. Until the HOA rules prove otherwise, you will find them catching fish from the pond, playing an impromptu football game with the neighborhood kids, and possibly making the sewer drains and the cracks in the street for bases in their kick ball games. 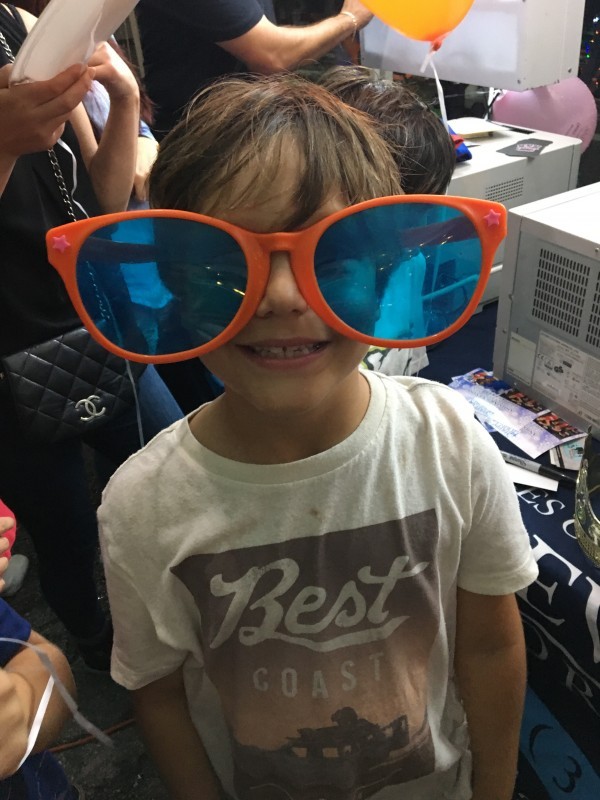 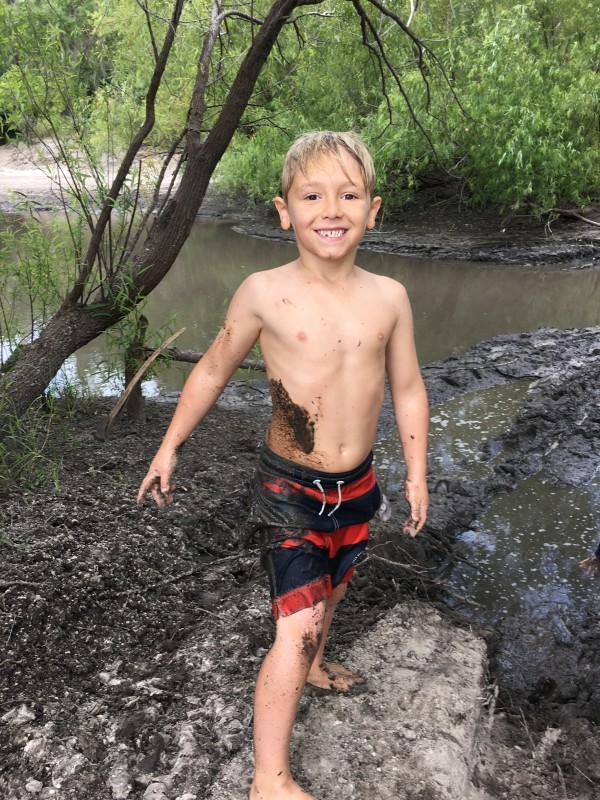 *As a disclaimer, my child’s experience with ADHD is unique and, in the end, has not needed medication which is no way implying that others may not. Only caregivers truly know what is best for their own children. 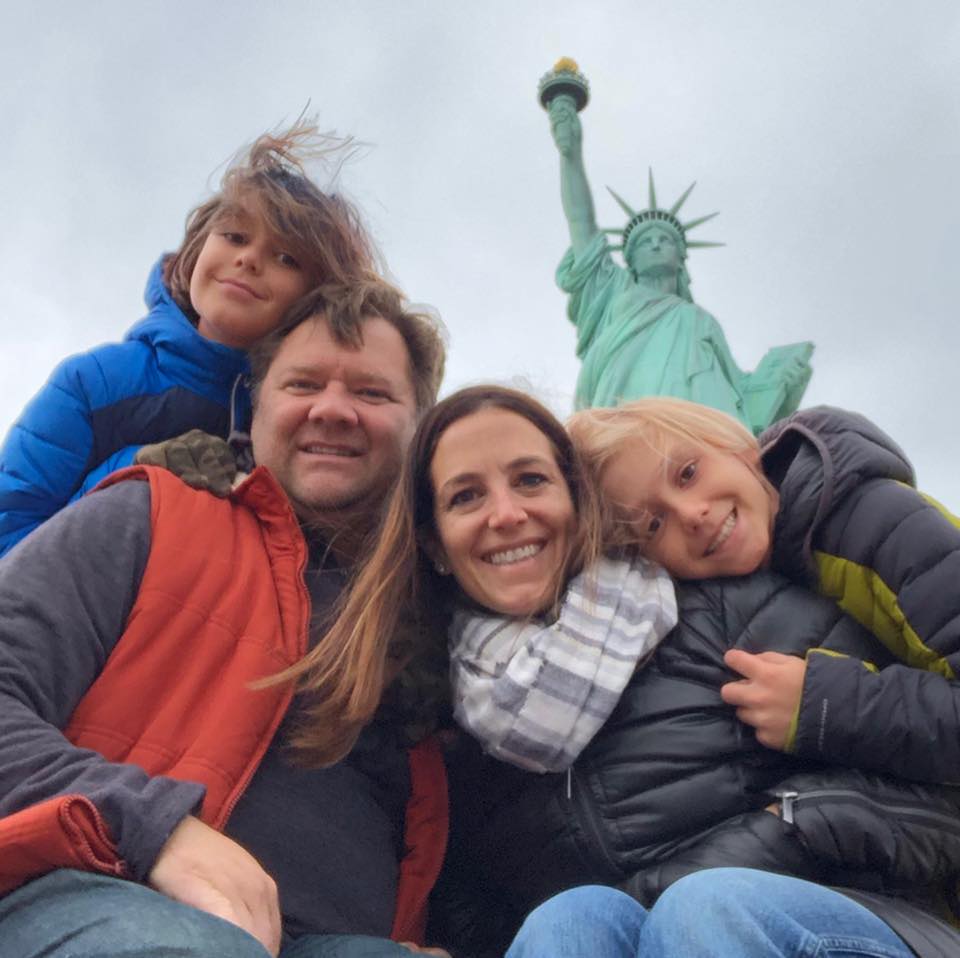 I am a working from home mom to two very active, mostly behaved boys.

Kids with ADHD are trying to tell us something, and it’s time for us to listen
When Poor Sleep Looks Like ADHD
Back To School With ADHD
advertisement

Kids with ADHD are trying to tell us something, and it’s time for us to listen
When Poor Sleep Looks Like ADHD
Back To School With ADHD