Why We Don’t Keep Secrets in Our House

Published by Ashley Klingsheim on October 15, 2019

I grew up in a home where there were many secrets. It taught me to be secretive by nature. To this day, I don’t know about some of the things of which my parents spoke only in hushed whispers. It would make me feel insecure. And I’ve often wondered, regardless of what they were, I’d have felt better if I’d known those secrets.

My husband, on the other hand, grew up with no secrets. He sees hiding the truth as a form of lying. Here’s why I share that opinion: 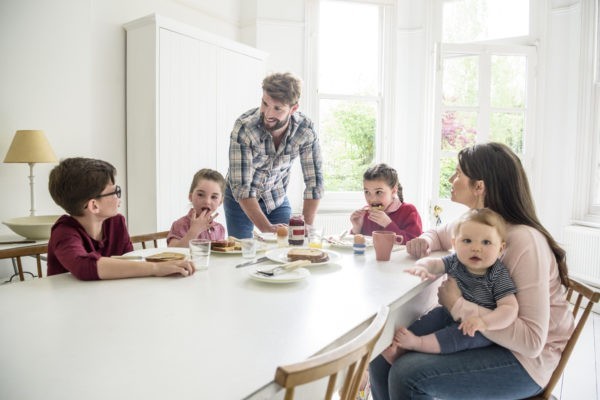 What starts as a tiny secret can spiral out of control. I have a friend whose husband kept something hidden from her for years. When it all came out, their lives were ruined. You see, he gambled compulsively.

At first, he was winning money. But his winning streak came to an abrupt end. He took out credit cards his wife knew nothing about and drained their savings account, forging her signature in the process.

My friend knew something was going on, but she couldn’t put her finger on it. Then she found out what he’d been doing when creditors started calling her demanding repayments. They lost their house, and the fallout was so bad that they’re divorced today.

Owning up is difficult but necessary

A few years ago, my husband and I ran into some financial troubles. We had overextended ourselves and were living paycheck to paycheck. The house of cards we’d built came crashing down when I lost my job.

As a couple, we decided to be honest with the kids about what was happening. They were shocked and a little scared about what the future held. But telling the truth brought us closer together as a family.

Facing the problem together strengthened the bonds we share forever. I had to sell online with reDollar the most prized possession of my grandfather - his coin collection, but we survived the adversity together.

The friend I wrote about earlier was devastated when she found out what her husband had been doing behind her back. The feeling of betrayal destroyed their relationship and resulted in an acrimonious breakup. Their children were teenagers at the time, and the divorce caused them untold hurt.

It’s been a few years since everything happened, but they still struggle to trust their father. He kept such a massive secret from them once, so why wouldn’t he do it again? They became collateral damage in the wake of their father failing to tell the truth.

As a parent, you try to raise your children to be good adults who are productive and contributing members of society. The last thing you want to do is raise a liar. Keeping secrets and pretending everything is okay when it isn’t is essentially lying.

Children imitate what they see. I don’t want my children keeping secrets from me one day, so I’ve taught them that coming clean is the best and only way.

What do child molesters tell their victims? Keep this a secret, or there will be repercussions. It will be easier for a child who’s learned to keep many secrets to follow this directive. Teaching your kids to keep secrets tells them that it’s okay not to tell the truth.

I don’t know about you, but I would want my children to inform me immediately if someone hurts them. These kinds of dangerous secrets can have profound effects on a child’s life. That’s why we talk about surprises in my family, not secrets. I’ve taught my children the difference to keep them safe.

Making Mama Proud
How Everything Changed After The Day She Walked Into My Life….
Sunday Lessons in Acceptance
advertisement

Making Mama Proud
How Everything Changed After The Day She Walked Into My Life….
Sunday Lessons in Acceptance