Why Parenting Is More Important Than School

Many parents seem to have the wrong idea about the right relationship between parenting and education, and put far too much stress on ensuring that their kids are performing well at school. While it’s obviously important to push young ones towards a proper educational path and set them up for a viable career in the future, it’s much more important to build a solid relationship with them and to ensure that they see both parents as someone worth looking up to.

The Importance of a Role Model

A lot of research has been done on the subject of role models in kids’ upbringing, and the topic is becoming more and more active these days. It’s clear that children who grow up without someone they can emulate in positive ways end up developing various problems later on, but the extent of this is only becoming obvious now. The more you spend time with your kids, the better the chances will be of seeing them doing good things and putting their effort in the right places later on.

Education as a Secondary Tool

While education is critical in the development of every child, it should always be secondary to proper parenting in helping the kid establish their personality and values. Developing a strong communication channel between the parents and children, ensuring that there’s always a lot of trust in there, and prioritizing their issues over everything else are things that are going to play a much more important role in the way your kids grow up than you might think. And when all of this is combined with a good educational background, the little ones will have everything they need for a solid shot at success later in life as to get out of debt.

Life Skills and Their Long-term Value

Last but not least, parenting is important from the perspective of building life skills, rather than stuffing the kids’ heads with raw knowledge like schools do. Learning how to socialize, how to control one’s emotions, how to express feelings and connect to others – these are sadly things schools still fail at teaching properly, save for a few exceptions here and there that largely boil down to overly involved teachers. Sadly, that’s not the norm, and it’s up to parents to ensure that their kids are given the right kind of platform to stand on in developing their personality. And once they’ve picked up the basics, they should be able to keep developing themselves the right way in the future.

There’s a lot to be said about the link between good parenting and a proper upbringing, and the same is also true for education. But a good parent must always realize the importance of having a strong presence in the lives of their kids, and they must always prioritize the needs of their little ones over everything else if they want to give them a true shot at success . The rest comes down to establishing some core values and exploring what the world has to offer as much as possible. 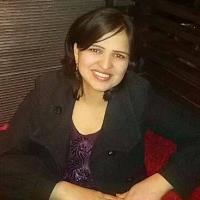